I interrupt my Thursday publication date schedule for World Suicide Prevention Day.  If you follow these things, you will probably se a lot of identifying the signs stories.  People seem to think, If you can just catch them at the right moment, you can stop them.

Maybe that moment, you can stop them.  But the notion results in regret and recrimination, when the signs are missed.

How tiresome.  Get a clue.  When I am my most suicidal, I am not dropping signs to see who picks them up.

Out of the Nightmare: Recovery from Depression and Suicidal Pain

Suicide is not chosen; it happens when pain exceeds resources for coping with pain.

David L. Conroy had me at the opening sentence.  I read it first at Metanoia.org and knew it came from somebody who had been there.  I recommend the website for help and insight from the insider's perspective.  If you are thinking about suicide, read this first.

Conroy, a psychologist knew his subject personally for ten years, and came back, and wants to help others recover.  With the opening sentence of Out of the Nightmare, he establishes his theoretical framework and forecasts his strategy.

Involuntarism -- Suicidal People Do Not WANT To Die

Conroy is an unrelenting involuntarist.  Suicidal people do not want to die.  We want to be in less pain.  Conroy takes on the theorists who speculate about the inner psyches and spin the thought processes of those at risk of suicide.  He rejects any language that supports the notion that it is a decision, an option, a choice.  The way I have come to understand my own illness is this: MDD is a disease with a 15% mortality rate.  Other diseases have other mortality rates.

Conroy cites Edwin Shneidman, the founder of the nation’s first comprehensive suicide prevention center.  Shneidman recognizes that the cognitive processes of the severely depressed are impaired, but he assumes an unencumbered volitional capacity when he argues, Never kill yourself when you are suicidal.  It takes a mind capable of scanning a range of options greater than two to make a decision as important as taking one's life. (from Definition of Suicide, p. 139.)

Clever, isn't it?  If it were a debate, Shneidman wins.  But he might lose the war.

Shneidman's practice is the foundation of suicide prevention centers across the country and has saved lives.  That is because his theory and his practice do not match.

Conroy's theory, Suicide is not chosen; it happens when pain exceeds resources for coping with pain, gives us a practical program for suicide prevention.  It invites us to consider the whole range of human pain and its accumulation as contributing factors.  Counselors, friends, survivors don't have to waste energy on questions of motive, whether they know the real reason or whether the purported reason is reason enough.  Every single pain is on one side of the balance.  Every single resource is on the other.

Cut to the chase.  Just get about the business of reducing pain and increasing resources.

The killer, so to speak, in suicidal pain is the pain on pain, the pain that is heaped on by stigma, by disrespectful attitudes, by fear, avoidance, horror, that make people withdraw from the suicidal, that shame us and deprive us of the resources we did have.

If you could treat your suicidal friend as a normal human being, that simple action would remove pain from one side of the balance and place yourself in the resource side. To do that, you may need to come to an understanding of what suicidal pain is.

So Conroy deconstructs and normalizes suicidal pain.  It isn't any different from anybody else's pain.  It's like somebody, anybody standing while weights are placed on the person's shoulders.  Some people can carry a lot of weight.  Some can carry less.  It doesn't matter why.  If the weight keeps piling on, at some point, everybody will collapse.  Everybody. 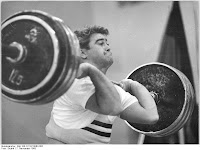 Most of us never get to that point.  Even those who have major depressive disorder, 85% of us survive the disease.  But that point exists.  It is not a matter of moral weakness or will power.  It is a matter of how much a person can carry and how much is on his/her back.  When you get toward the limit, that is suicidal pain . The observer who wants to help doesn't have to figure out the heaviest object.  Remove any part of it, and you will have helped.

Conroy notes that his theory includes physical pain, that suicidal people with chronic pain often recover from their suicidal issues when their pain issues are resolved.  This week I met a friend in the grocery store parking lot.  We were talking about hats and skin cancer.  I commented on how melanoma is a lousy way to go.  He said he would just get a gun.  He mimed putting it in his mouth.  He is not suicidal.  Would he be, if he had melanoma?  Maybe, maybe not.

The book includes self-help suggestions for components of depression pain, including issues that are not typically raised in therapy: envy, shame, self pity and grandiosity.  Here, too, Conroy normalizes depression pain and places these issues in the context of every person's experience with these issues.  He notes that most suicides are self-prevented, and provides a road map for recovery.  Special sections are included for survivors, for counselors, and for social policy. 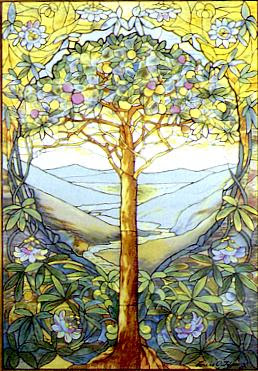 If you would read one book for a friend in suicidal pain, for a family member, for yourself, for me, this is the book I recommend.


This post had a sequel, Suicide Prevention for All of Us, June 27, 2009.  You want lists -- there are the lists: major components of suicidal pain, barriers between pain and resources, and coping resources -- what you can do.

Emergency numbers are always listed in the upper left hand column of this blog.  Use them.