Wouldn't you know.  I take a few days off before my placebo post, and wired.com scoops me with Placebos are Getting More Effective.  Drug Makers are Desperate to Know Why, by Steve Silberman 08.24.09.  Well, Steve put a lot more into his article than I intended for mine.  It makes for a fascinating read, about the history and current study of the placebo effect, beginning with its discovery during World War II, when an Army nurse lied to a soldier in pain.  They were out of morphine.  So she told him the injection of saline solution was a potent new pain killer.  And the patient's pain was relieved.

That story is the essence of the placebo effect.  "When referring to medicines, placebo is a preparation which is pharmacologically inert but which may have a therapeutical effect based solely on the power of suggestion." -- thefreedictionary.com.

In 1962, the Food, Drug and Cosmetic Act began to require that medications prove their safety and effectiveness against placebos.  One group takes the medication.  Another group takes a placebo, or "sugar pill."  Their rates of improvement and side effects are then compared, to find out whether the medication itself causes the healing, or something else does, like the belief  in the medication, which marshals the body's own healing powers.

Fast forward to the last decade, when more and more antidepressants have "failed trials," meaning that they perform no better, or not much better than the little sugar pills.  It seems that the new neurological medications are performing just as well as the old ones.  (I think this usually means that within 8-12 weeks, about 30% of people who take them improve their scores on various questionnaires that measure levels of depression.)  But oddly, over time, the placebos are performing better.  Which means the bar that the new meds have to cross to get approved is getting higher.

When I began The Chemistry Experiment, there were about twenty options out there for me to try.  I was a wuss and quit at six.  I said "no" to a fifth SSRI/SNRI, and rejected the whole class of MAOIs (Monoamine Oxidase Inhibitors) -- which were just too tempting to use as a backup plan.  Instead I headed east, and Chinese herbs got me through almost two years.  Later I returned to an antidepressant that hadn't been effective before, but at least it did no harm.  This time it helped.  Was this because I was taking Xiao Yao San as well?  Who knows.  But now it doesn't work any more anyway.

Meanwhile, there is a new strategy called augmentation.  If one med doesn't work, try combining two, an antidepressant with an anti-psychotic, anti-convulsant, mood stabilizer, atypical anti-psychotic.  Suddenly the number of possibilities is up to forty.  That doesn't actually give you 1600 potential combinations, because if you combine MAOIs with most of the others, it'll kill you.  Most days, that doesn't seem like a good thing. Anyway, the number of potential trials has increased exponentially, and I am nowhere near the end of the chemistry experiment.

The Chemistry Experiment -- The Cure

I saw a movie in 1995, The Cure. It was about two boys, eleven year old Dexter and Eric, a little older. When Eric learns that Dexter has AIDS, he decides to find a cure. People find cures all the time in unexpected places. Since Dexter is not allowed to eat candy, Eric thinks that might be why he has AIDS. Keeping track of Dexter's temperature in a notebook, the boys try a lot of candy. After the first trial results were in, finding low efficacy and an unwanted side effect of stomach ache, they switch to plants down by the river, making a series of infusions (tea). This time a stomach ache leads to a hospitalization. When Dexter's mother ends the experiment and Eric's mother tries to end the relationship, the boys head south on a raft to New Orleans, where there will be new plants. 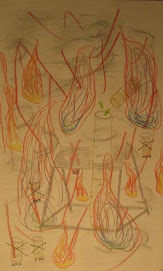 The Chemistry Experiment was something like The Cure, only my doctors didn't monitor as closely as Eric, nor respond as quickly to my side effects. Part way through it, I drew this picture of The Chemistry Experiment. The bottles crossed off were of Prozac, Celexa, Remeron, and Nortriptyline. Cymbalta is the one being added to the test tube, which was my body. I was willing to try no more than three per series, insisting that I wash out the test tube between. I also changed psychiatrists after three, and quit entirely for a while after Effexor.

I saved all my unfinished scrips. The pills fascinated me. They were the evidence of the violence to my body with which I was collaborating. My therapist really wanted me to throw them away. Eventually I did. But now I wish I still had them. Not to take all at once, that's not my plan. Just for evidence. 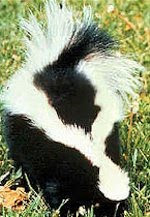 I have found a new blog to follow, Knowledge is Necessity: Musings on Mental Health by John McManamy. I think we are up to similar enterprises. John also has another website, McMan's Depression and Bipolar Web, which is to mood disorders what Jerod Poore's Crazy Meds is to neurological pharmaceuticals. Read the blog for musings, the others for information.

Meanwhile, here is the link to "Skunk," John's blow by blow of an encounter between the amygdalas of two mammals, a lesson in the amygdala that is more artful than Mother Amygdala from this blog, July 28, 2009. An added feature is the lesson in how to address the presence of this particular mammal in your house. Enjoy!

And thanks to John for his work.

Depression and the Nobel Prize 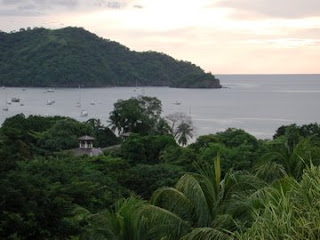 It was an irresistible title. I followed the link to the New York Times and found the October 21, 2008 story by Tara Parker-Pope, about Dr. Douglas C. Prasher, a biochemist whose early work contributed to what would later lead to a Nobel Prize -- for somebody else.

Prasher has recurrent major depressive disorder. Today he drives a courtesy van for a car dealer. He says there was more to his departure from science besides his depression, lack of funding, family obligations... But that is part of the story. Depression doesn't help you find funding and meet family obligations. Depression can turn tying your shoes into a challenge. Parker-Pope wrote, "I find Dr. Prasher’s story to be a notable reminder of the toll depression can take on the lives and careers of many brilliant minds."
I told the story to Helen this afternoon, ending in my most dramatic mode, "I coulda had a Nobel Prize!" She didn't let me laugh it off, "Well, you coulda had a PhD. You coulda been bishop of... or rector of..." 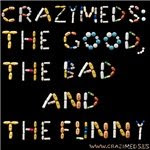 "You have to weigh the costs and benefits," the doctor said, her pen poised over the prescription pad. It sounds logical, doesn't it? And how interesting, that the doctor wants you to take responsibility for this major decision about your own health care, even when you are a mental patient.

Many trips to the doctor, many prescriptions later, I figured out what was wrong with that sentence. Let me put it this way: the cost of a Powerball ticket is $1; the potential benefit this week is $84,000,000. Wow. So millions of people weigh the costs and benefits and then buy their Powerball tickets twice a week. And the report out this week in the New York Times is that in 2005, ten out of every hundred Americans were on antidepressants, an estimated 27,000,000 people. I was one of them. It was logical.

Get it? There is a missing piece of information. What are the odds? Powerball tells you quite frankly. The pharmaceutical companies, not so much.