Ron Pies and I ask similar questions.  Well, I never asked Is Suicide Immoral?  But maybe I should let that one go...  In addition to being Professor of Psychiatry at SUNY and Tufts, Pies is a bioethicist and Editor in Chief Emeritus at Psychiatrictimes.com.  So while he writes books like Clinical Manual of Psychiatric Diagnosis and Treatment: A Biopsychosocial Approach, his philosopher, poet, and novelist vocations are expressed in other works, including The Myeloma Year: And Essays on Mind and Spirit.

The kind of guy I'd love to meet for coffee and conversation, Pies added to my fascination an article reflecting on his role as a doctor, Priests, Providers, and Protectors: The Three Faces of the Physician.  See, my senior thesis reflected on my own future role as priest, the ordained kind, Is the Holy Spirit an Equal Opportunity Employer?  Both of us take on the notion of priest as Father.

"Yes, Father, I've been taking my medicine."  A patient's slip of the tongue led Pies to recall the ancient connection between the roles of healer and holy person.  It's a natural connection, if you consider the divine will to be for healing.  It doesn't matter what faith tradition you examine.  The two roles were originally one. 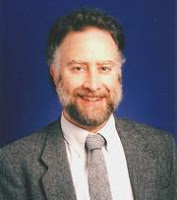 The Three Faces of the Physician is the subtitle of a recent article in Psychiatric Times by Ronald L. Pies, MD, Professor in Psychiatry at SUNY and Tufts, Editor in Chief Emeritus at said e-zine, bioethicist, and aspiring mensch.  Dr. Pies and I have been allies on a certain DSM revision.  We once butted heads over the nature of suicide.  And he has provided valuable assistance in the science chapters of my soon to be published book Prozac Monologues: Are You Sure It's Just Depression?  His (typically) thoughtful examination of the shifting role of physician calls for a response from the side of the relationship, the confessant, consumer, and cared for, aka patient.  My (typically) thoughtful response will be in three parts, starting in the middle of this alliterative stew.

Pies has many problems with the title provider.  It blurs the distinctions among the various health care team members, their roles, responsibilities, and contributions.  It obscures the dignity of a highly educated, hard working and dedicated profession.  It compromises the relationship with its counterpart, the consumer who comes to the exchange overvaluing what she has learned from her internet searches and trying to tell the doctor what to prescribe.

Every once in a while, Prozac Monologues reaches into my Roman Catholic childhood's fascination with saints, especially the ones who today might be assigned a diagnostic code in the DSM.  Twice, Lent Madness has introduced me to new ones that I share with you. 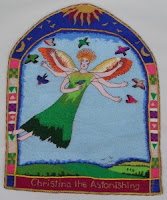 A few years ago it was Christina the Astonishing.

Today it's Margaret of Cortona.  If you're a Lent Madness regular, you'd expect Margaret to be a shoe in for the first round of voting, where her competition is a stuffy old bishop/theologian, because Margaret became a Franciscan and, more significantly, her story features a dog.  Lent Madness voters are suckers for dogs.