Thanksgiving and the Anterior Cingulate Cortex

Did anybody decompensate at your Thanksgiving Day feast, when there were no pearl onions in cream sauce, notwithstanding the fact that nobody has ever eaten a single pearl onion in cream sauce, since Great grandma Libby died forty-five years ago?

I think I figured it out.  Unfortunately, this flash of brilliance came to me yesterday morning, in my hypomanic surge that prepared me for my speed pie-making.  Not in time for you to prevent the scene by preparing said onions.

Of course, I don't know for sure.  It is one more hypothesis that I would like to test in that Million Dollar fMRI machine that I am not getting for Christmas.  But here is the hypothesis:

The bad economy, the fear-mongering health care debate, the single-payer stillbirth, the war in Afghanistan, global warning -- your anterior cinculate cortex (ACC) is doing all that it can to calm your amygdala.  That is one of its jobs, partnered with the prefrontal cortex, to exercise executive function over your amygdala, which is convinced that you are about to die and is sending out messages to your adrenal gland, telling it non-stop to keep pumping out those glucocorticoids that are destroying your hippocampus, not to mention your heart.  The amgdala must be brought under control!  So your ACC has plenty of work to do already, and needs for you to help out by deep breathing.  And yoga.  And crystals.

But it also has another job, which is to detect abnormalities in patterns.  You know those games where you are supposed to find five details that differ in two nearly identical pictures?  That's a job for the ACC.  But what with global warming and all that other stuff (and we still don't have any snow in Iowa the day after Thanksgiving, so my amygdala keeps telling my ACC, "I do so need to worry"), when somebody's ACC detected a variation in the Thanksgiving feast day table, i.e., the missing pearl onions, that was just one thing too many.  And it blew a fuse, releasing the amygdala from its cage.  And this time, the amygdala did not send out the message to freeze.  It came out fighting.

So now you know.  Or would know, if somebody who does own an fMRI machine would construct the experiment.  Any takers?

Holiday Shopping for Your Favorite Loony 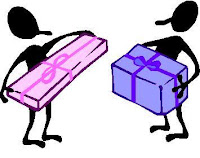 The Day after Thanksgiving, traditional start of the Christmas, Hanukkah and Kwanzaa shopping season is just around the corner.  You Hanukkah people better start cracking!  It is Prozac Monologue's attempt to be ever helpful to my dear readers. As my therapist says, " Virgo -- your destiny is service.  Get used to it." (I have a therapist who says stuff like that. The following is a holiday shopping list to guide normals who want to please their loony loved ones.

The following post contains material that could be considered uppity, outlaw, provocative, offensive and paranoid.

This month's OMGThat'sWhatTheySaid Award considers the nature of the vocabulary that we all use for mental illness, in particular, the language that norms the relationship between those who receive a diagnosis and those who make it.

Once upon a time, I wrote a senior thesis for Reed College on this topic.  I was a religion major, and it was 1975, when the Episcopal Church was considering the ordination of women.  My topic was what priests are called.  My thesis was that the language we use establishes the normative relationship between priest and parishioner.  I am discouraged thirty-four years later, that new, freshly graduated priests in Iowa still permit and even encourage little old ladies to call these twenty-somethings "Father."  Oh well.

In the mental health field, this kind of paternalism is out of favor, perhaps the influence of so many women in the field.  But the language has not escaped from reinforcing the power relationship, one up and one down.

Nonsense and the Anterior Cingulate Cortex


John McNamany put the thought into my head, the New York Times tickled my fancy and a blog new to me gave me the illustration.

Finally, it's Anterior Cingulate Cortex Week!  This lovely portion of the brain is found in the limbic system, located just above the center, about where Iowa would be, if you flipped the image so that it faced right, as I did here.  Like a true Midwesterner, the ACC modulates emotional response.  A hard-working manager, the ACC handles motivation to solve problems and anticipation of tasks and rewards.  It also monitors for conflict, things that don't make sense.  The brain is unhappy when it cannot detect the pattern.  Confronted with anomaly, the ACC goes to work. 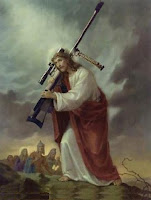 "Researchers have long known that people cling to personal biases when confronted with death... In a series of new papers, Dr. Travis Proulx of University of California Santa Barbara and Steven J. Heine, a professor of psychology at the University of British Columbia, argue that these findings are variations on the same process: maintaining meaning, or coherence. The brain evolved to predict, and it does so by identifying patterns.  When those patterns break down — as when a hiker stumbles across an easy chair sitting deep in the woods, as if dropped from the sky — the brain gropes for something, anything that makes sense. It may retreat to a familiar ritual, like checking equipment. But it may also turn its attention outward, the researchers argue, and notice, say, a pattern in animal tracks that was previously hidden. The urge to find a coherent pattern makes it more likely that the brain will find one." [Benedict Carey, New York Times, October 5, 2009]

To test whether confronting the absurd leads to pattern-searching behavior, they had twenty college students read Kafka, "The Country Doctor," a story that is urgent, vivid and nonsensical.  Does anybody who is not in college ever read Kafka?  Anyway, after reading the story, they were given a task, to study strings of letters that did not form words.  They were then shown a longer list, and asked to find the strings they had seen before.  The letters did have patterns, very subtle patterns.  And the students who had read Kafka did better at this task than another twenty who had not been exposed to the absurd, 30% better.  With a Kafka-stimulated ACC, they were primed to find the patterns.

I wonder if that explains the college student's propensity to read Kafka, in the first place.  Not to mention all those posters by Salvador Dali on dorm room walls.  The college student is at a crossroads, and has to puzzle through the animal tracks of his/her life, to discern the pattern, the call, the next direction.  These representations of the absurd stimulate the part of the brain needed at this developmental moment, just as caffeine stimulates the system before the exam.

I graduated from college at loose ends, with the Episcopal Church still discerning the patterns that would allow for the ordination of women.  That was a few years off, and I wasn't ready to commit to a vocation that might not be received.  But I didn't read Kafka.  Instead, I decided to read everything that Kurt Vonnegut had written up to that point, a modern day Kafka, Kafka-lite, if you will.  Today, as I am filling out disability applications, I am again at a crossroads, and again, instinctively, I am drawn to Vonnegut, whose body of work has grown since 1975.  Evidently I am stimulating my ACC and boosting my pattern/meaning/coherence finding abilities, priming myself to discern my next direction.

"This person loved me; this same person abused me" -- two memories in conflict.  Put them together, they cause pain. They call it dialectical thinking if you can hold two seemingly contradictory ideas in the same head at the same time.  But dialectical thinking is a highly developed skill.  Before anybody ever suggested to me that I could employ it to reduce my pain, I spent (and still do spend) enormous amounts of energy trying to make sense of events that were absurd.

Some of us had Kafka-esque childhoods.  I wonder, does the ACC becomes quiet if we engage in dialectical thinking?  I wonder. Does it can blow a fuse, if we don't?

image of brain from NIMH
artwork found at Glocal Christianity