The Future is Bright -- For Whom?

The Future is Bright for Psychopharmocology Breakthroughs --

I subscribe to an online journal Psychiatric Times.  Or at least, I have access to the articles for which there is no charge.  I don't get paid for this, you know.  Anyway, I get emails that link to the articles of the week.

So that was the subject line on the email dated 4/21/11, The Future is Bright for Psychopharmocology Breakthroughs.

Inside the email was a link to Novel Treatment Avenues for Bipolar Depression: Going Beyond Lithium, by Roger S. McIntyre and Danielle S. Cha.

The article was not what I had been led to believe.  But I learned a lot, will share some of that with you, and explore the miscommunication at the end.

Ms. Cha disclosed no conflicts of interest.  She is the research assistant.  Which means her job depends on the person with the conflicts of interest.  By the way, given the extent of Dr. McIntyre's extracurricular activities and the nature of the article (reporting on other people's research) I presume that Ms. Cha did the heavy-lifting here.  Props to her for her concise writing style.

I concluded that the interests of the pharmaceutical companies would be well represented in this article.  Which made the rest of the article all the more intriguing.

McIntyre says that bipolar disorders are highly prevalent, misdiagnosed and underrecognized.  It takes 10-15 years to be correctly diagnosed.  People with bipolar lose 15-25 years of lifespan, largely because of associated cardiometabolic disorders.

Okay, now I am really, really interested.  One of McIntyre's gravy trains, Eli Lilly settled a class action suit for Zyprexa and cardiometabolic disorders.  The author is shaking my preconceptions of what he might have to say.

Results from efficacy as well as effectiveness studies indicate that the majority of individuals with bipolar disorder who receive guideline-concordant measurement-based care fail to achieve symptomatic, syndromal, or functional recovery.

Translation:  He is not writing about people who don't take their meds because they miss their highs.  He is writing about people who do take their meds, who are getting the right treatment and are being evaluated objectively.  Most of them don't get better, whether you look at the DSM's shopping list of symptoms, or their experience of cycling, or how they get along in the world, i.e., not well.

Now check that first paragraph again.  It's not me telling you that most of us who take our meds don't get better.  It's the guy who works for the guys who sell the meds.

Interlude: Weigh Your Costs And Benefits

So, what if you are one of these people who are not getting better?  And your meds carry a high risk of diabetes, pancreatitis, high cholesterol, heart disease, obesity, kidney damage...  And in fact, you are on the road to some serious and permanent health problems.

And -- this part is important -- you are not getting better.

Are you still taking your meds?  What, are you nuts?

I just had to get that out of my system.  Returning now to Novel Treatment Avenues for Bipolar Depression...

Why Are Most Not Getting Better?

Except for lithium, every other medication for bipolar was first developed for something else and then used off-label for us.  A major limitation to genuinely novel drug discovery in bipolar disorder is the absence of a consensually agreed-on neuropathology as well as the unavailability of a sufficient animal model with appropriate face, construct, and pathological and pharmacological validity.

Translation:  They don't know why we are sick.  Plus, other animals don't get bipolar.  So they have to invent something that looks like bipolar to give to animals to conduct their experiments.  Or experiment on us.

Still Looking For The Cause Of Bipolar

Didn't they have this figured out, the chemical imbalance thing?  They are still hanging on to that general idea.  But which chemical?

And that is the rest of the article.

Maybe it's monoamines that are out of whack.  Monoamines are neurotransmitters, including dopamine, noradrenaline and adrenaline.  Too much of these could make you rush around pursuing pleasure or doing other things you don't want your mother or your boss to know about.  Not enough could collapse you under the covers sucking your thumb.  Sounds like classic bipolar to me.  This hypothesis is the starting point for current therapies.  It's just that it doesn't work for most of us.

Maybe it's glutamate.  Glutamate is the transmitter that says Go for just about anything that happens inside your brain.  Go is good.  Stuck on Go, not so much.  Stop is good on occasion.  Just depends.  Messing with glutamate with a variety of chemicals has decreased depressive symptoms in some small short-term studies.

Maybe it's insulin.  Another system, the metabolic one, converting matter into energy and building cells.  You thought insulin was just about metabolizing blood sugar?  So did I.  Nope, not just.  Insulin [also] inhibits the firing of neurons in the hippocampus and hypothalamus, inhibits the reuptake of noradrenaline in rat brains, modulates catecholamine turnover in the hypothalamus, stimulates phosphorinositide turnover in the hippocampus and regulates the noradrenaline and dopamine transporter messenger RNA concentration in neurons. 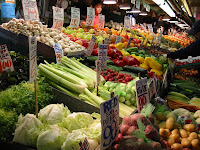 Or maybe it's not enough antioxidants.  You mostly hear about antioxidants in relation to cancer and aging.  They rein in those nasty free radicals.  (What button-down type came up with free radicals to name the things that destroy cells?)

Those of us with bipolar need to protect every blessed little brain cell we have.  So antioxidants are our friends.  The clinical trials of one of them, N-acetylcysteine showed a benefit by reducing depressive symptoms.  Of course, you could eat more fruits, vegetables and whole grains.  But that's not psychopharmacology.  Healthy eating habits don't brighten the future of psychopharmacology.

McIntyre concludes with a reminder that the pharmacological treatment of bipolar depression is part of a multicomponent chronic disease management approach.  He includes exercise, weight loss, diet, ECT and psychotherapy among those components.

McIntyre never said the future is bright.  That was the magazine's subject line.  He said simply there are a jillion clinical trials currently and yet to be conducted in this continuing effort to find the fix for the majority of us who have not yet found it.

Did you notice that each of these novel approaches is a variation on one theme, disregulation?  There is nothing missing from the bodies and brains of those of us who have bipolar disorder.  There is no foreign invader.  It's all good.  It's just not in the right proportion, or not responding properly at the right time.

Monoamines, glutamate, cytokines, insulin and antioxidants are all part of dynamic systems, with feedback mechanisms designed to maintain a balance.  If you tinker with one part of the system, the rest adjusts around it to reassert the previous balance.

There is no chemical imbalance to fix.  It's the balancing itself that needs to be fixed! 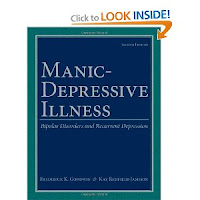 Back in 1990, Goodwin and Jamison published their landmark textbook, Manic-Depressive Illness, now revised and reissued in 2007.  Two decades ago they said that instability is the fundamental dysfunction in bipolar.

This is global dysfunction.  The whole ecosystem needs to be treated.  These novel approaches that address one neurotransmitter, one protein, one whatever in one system at a time are like trying to prevent malaria one mosquito at a time.

What did Psychiatric Times mean by its subject line The Future is Bright for Psychopharmocology Breakthroughs?  Near as I can figure, the future is bright for people who make a living running clinical trials.  There are indeed lots of mosquitoes in this swamp.

For those of us who will be the subjects of these experiments, not so bright.  More like the same old nightmare.