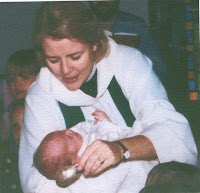 What if your chart had your picture on it?  What if, as your doctor picked up your file from the top of the pile, just before you walk in the room, there on the cover is a picture of you from when you were well? 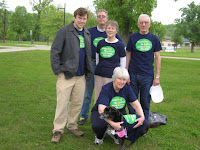 
What if your doctor knew what you still can do? 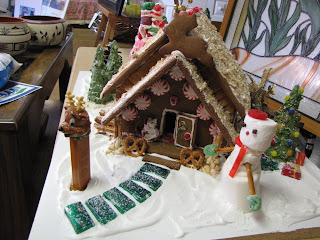 Okay, the chart is digital where I go for care.  My photos could come up as a slide show!

I want my chart to include my degree from Reed College.  It would come up as soon as the doc hit escape from the slide show.  If your doctor still uses paper file folders, your degree or certificate or major award could be stapled to the inside left cover, right across from the case notes of last month's visit. 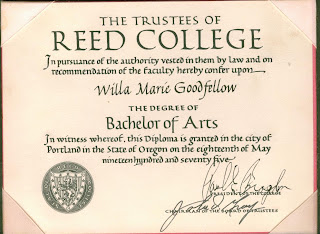 Maybe my degree from Yale would be more impressive.  It's a Master's, and it's in Latin.  But I want my doctor to know I went to school with Steve Jobs.  Just as he studied Shakespeare, because scientists study Shakespeare where I went to college, I studied science.  At Reed College even poets are required to learn how to evaluate a research design.  First you read the method.  If the method is flawed, the conclusion is still just somebody's fancy.  You needn't bother reading the rest.

So I know how to detect bullshit when the doctor is parroting back at me the bullshit he/she heard from the sales rep.  I want my doctor to remember that.  It will save us both a lot of time.

You Want That Placebo Effect

Here is what is at stake in my photo fantasy:

One out of every nine people in the US took antidepressants in 2005-2008, one of every four women aged 40-59.  So how are they working for you?  80% of their success, if they are indeed successful, comes from the placebo effect, the healing power released in your body by your own belief that they will work.

Now you are more likely to believe if you have confidence in the doctor that prescribed them.  Given that you are taking antidepressants in hopes of alleviating some sort of suffering, and given that they cause their own sort of suffering, it is clearly in your interest to maximize the placebo effect, so that the benefits indeed outweigh the costs.

All I'm Asking is For A Little Respect

So my recent post, The Therapeutic Alliance - Or Not identifies one factor that I believe is critical to the therapeutic alliance, whether the doctor respects the patient.  We have greater trust in doctors who respect us, who think that we, our lives and our bodies are important, and who demonstrate that respect in specific ways.

I generally do not find that respect reflected in the writings of psychopharmacologists, doctors who treat psychological disease with pharmacology.  I hardly ever find it in anyone who writes about compliance, getting us to take our meds.  I do not find it in most writing about suicide.

Fortunately, my current psychiatrist does give me good examples of how to build trust by demonstrating respect.  So I don't have to invent this post all myself.

My doctor apologizes when common social convention calls for an apology.  My doctor listens to me and pays attention to how my illness and how my meds are affecting the life I want to live.  My doctor prescribes and changes her prescriptions based on the information I give her.  My doctor educates me about my condition, what different medications can do, and how well-founded the claims made for these medications actually are.  My doctor writes things down for me when I am having trouble remembering.  My doctor knows that I will make my own decision.  She asks, What do you want to do?

Common Ground  Between Doctor And Patient

I suspect this next example is controversial.  My doctor establishes common ground.  We don't spend time talking about her personal life.  But she has photos of her children in her office and pictures they have drawn.

In the early history of analytical psychiatry, doctors were god-like figures who cured by force of their personalities.  Whether that ever was a good idea, the conditions under which this god-like distance was supposed to work no longer prevail, i.e., years of couch time to develop and explore the transferences and counter-transferences.

But if my doctor and I have something in common, in this case motherhood, then the distance between us is reduced.  I can imagine that we share some values, an understanding.

When I get a little crazy in the head, when my hippocampus takes me on one of those time travel trips and I confuse my current doctor with the one who doesn't do relationships, when I am scared and angry because the latest chemistry experiment is making me sick and I don't believe she will hear me, then the story about that toddler brings me back to reality.  When I see the picture of that child in her office, I remember she is not god-like.  We have some experiences in common.  We are on the same side.

The story even has the power to recall me to my own competence.  When my son used to have a full metal jacket meltdown in some public place (not often, but it happened), I discovered that if I turned him upside down and held him by his ankles, he would gain a different perspective on his world and whatever it was that had disturbed him so.  This different perspective seemed to make him thoughtful.  At least it made him quiet.

This is Car Salesmanship 101, by the way.  When you walk onto a successful car lot, within three minutes a salesperson will have established some sort of connection with you, a place where your lives or interests intersect.  Doctors are not salespersons, you say?  Then why are patients called consumers?

Caveat: Behaviors Are Not Enough 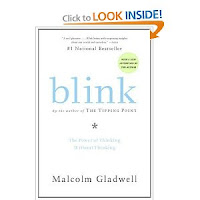 But behavior isn't enough.  Malcolm Gladwell's Blink: The Power of Thinking Without Thinking reveals how our adaptive unconscious helps us make judgments in an instant.  Sometimes this capacity is essential for survival.  Sometimes it makes mistakes.  Sometimes it can be brought into consciousness and trained.

Gladwell defines an instant as a unit of time measuring two seconds.  Those of us with extensive trauma histories, who are the most treatment-resistent, don't need two seconds.  We learned to jump, to duck, to cover on the briefest freeze of a smile or glaze in an eye, a nanosecond of body language.

That's called hypervigilance, and our care providers want to treat us out of it.  Hypervigilance does take a lot of energy, and can interfere with recovery.  But treatment can be dangerous, too.  And while it may be helpful to train our adaptive unconscious, it may not be in our best interest to lose this skill, even if it makes it easier for our caregivers to pull one over on us, such as, make us think that they respect us, nut cases that we are.

No, learning the behaviors of respect is a start, and the bottom line for competent care.  But the truth behind the behaviors lies naked before our hypervigilant eyes.  Better than learned respectful behavior is genuinely held respectful attitude.  Don't just behave as though you respect me.  Respect me!

Now really, patients have to cut our care givers some slack.  Remember, they see us at our worst.  They are not in the room when we are managing a meeting, delivering a speech, making a gingerbread house, organizing a party, taking care of the kids.  No, they see us sick, focused on our symptoms, angry about the last med and the doc who prescribed it, anxious about the next, ranting, delusional, scared...

These are not encounters that build respect.  We don't think much of ourselves when we display these behaviors.  Why would they?  Based on their extensive, though exceedingly narrow experience of people with mental illness, their adaptive unconscious is pretty hypervigilant around us, too.  Not always so unconscious.  Mental health workers experience five times the national average rate of violence on the job.  They write articles, develop protocols, and design buildings to protect themselves.  From us.

Another psychiatrist I know who demonstrates respect is on the board of the local NAMI chapter.  He partners with board members, including people who have mental illness, for common goals.  He spends normal time with people with mental illness.  Well, at least he occasionally has coffee with me.  We talked once about my symptoms in his office.  But we left the office and had coffee where normal people have coffee.  When I saw him once interacting with someone who was displaying delusions, I was struck by the respect he demonstrated.  I learned from him how to behave respectfully toward people who have delusions. 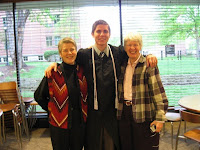 I began this post with an idea about putting in front of psychiatrists images of their patients that are positive, that reflect the larger reality of our lives, images of recovery and wholeness and worth.  It's all about how to help them learn to respect us.

Doctors and patients really do need to get on the same side.  The best doctors understand that to get there, they, too, need to move.  And first, from the inside.