God, Tebow and the Problem of Suffering

You know, they could be right.  Maybe God is responsible for Tim Tebow's astounding success.

First, the one take away from this article:  It's not magic-thinking.  It is pattern-seeking, hard-wired into our brains, one of the things our brains are built to do.

I Am A Professional -- Do Not Try This At Home

A whole world of football fans are suddenly theologians, explaining the ways of God.  And how silly for me to caution non-professionals from this endeavor.  Everybody with a frontal cortex is a theologian.  Our brains are built to ask Why?  Everybody with an anterior cingulate cortex looks for patterns that make sense of the events of the world.  That is what the anterior cingulate cortex does. 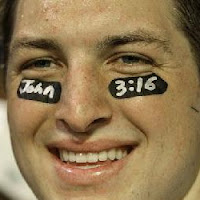 And what is with that 316 yards thing?

If this were a baseball player on a streak, it would be the same socks he wears each game.  It's the God-thing that makes people twitchy.  More than that.  If it were basketball, he'd be crossing himself at the free-throw line, and nobody would miss a beat.  But it's the politics of the God-thing that have raised the stakes.

Suddenly people who should know better are doing bad theology.  And people who do know better let their chains get jerked.  I don't except myself here.  Twice a day I write something snarky on Facebook, and have to delete before I post.  (It's a thing I have about public discourse on Facebook.  I try to save my snarkiness for my blog.)

At Prozac Monologues my readers can expect more than snarkiness.  I have to bend the topic a bit.  So here we go.

Well, in a particular way.  Anybody else have a hometown team whose weekly police report is longer than its injury report?  And the results -- Hawkeyes went where this year?  The Earwax Bowl?

These days a little clean living gives an incredible advantage in the world of collegiate and professional sports.

Now this is not about Tim Tebow.  I don't know anything about his private life.  I do know a lot of athletes flame out on dissolute living, leaving behind only fumes of what had been promising careers.

I also know that some people find their way back.

There are more steps.  These are a start, the part that matters to a mental health blog.

However and why ever they do it, and how seriously they need to work on it, a lot of athletes and a lot of the rest of us could improve our lives by acknowledging a Higher Power.  It's a bottom line sanity issue.  People who think they are the center of the universe have their own DSM code.  It's 301.81.  But they aren't in therapy.  Those closest to them are.

No, you don't have to be a Christian, religious, not even spiritual but not religious to work the Steps.  I heard somebody used gravity for his Higher Power.  Like I said -- I am not the center of the universe is a bottom line sanity issue.

Again, I know nothing about the man's private life, and less than nothing about his heart.  But to the extent that his publicly professed Christianity conforms to orthodox Christianity, and by that I mean not making it up as we go along, I do believe the claim that his athletic prowess comes from God, the Creator of Heaven and Earth who delights in creation and said of it, It is good.  We have something in common here, Tim Tebow and me.  We each believe that God delights in us.  Well, I am willing to be a little less specific about the details. 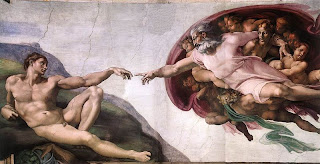 If nothing else, think of this also as a comparative claim.  If he thought it was all about him, he would be at greater risk to flame out, and thereby not be able to complete as many passes as he does manage to complete.

Of course, there has to be somebody to catch those passes.  Writing now as a one-time Bronco fan, I wish I heard him say more about his receivers and his left guard.  He might make a better spokesperson for the Lord if it didn't seem like his personal miracle.

Alert: Rocky Shoals Of God-Talk Ahead

So far, I have been in the realm of orthodox theology, not making it up as I go along.

Everybody is a theologian.  The advantage of professional status is that you recognize the potential shipwreck before you get there. 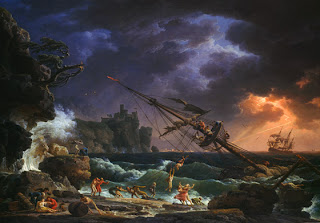 A status update from a Facebook friend Sunday night: This is what happens when God is in charge!

So... how about 19 games in a row?  Was that luck?  What happens if the Broncos make it through this weekend and next, and Tim Tebow comes up against Aaron Rodgers, who also happens to be a stand-up kinda guy?  Not to mention one hell of a quarterback.  Will that be about God's favor?

The Problem of Suffering

I think what really drives people nuts, including a lot of Christians of the orthodox/not making it up as we go along variety, is this:

While God was blessing Tim Tebow's hard work on Sunday afternoon, 720 children around the world died of hunger.  270 people committed suicide.  Two of them, by the way, were veterans of the United States Armed Forces.

That was before overtime.  Good thing overtime was short, huh?

So on Monday morning, nearly 1000 mothers were asking, If God could help Tim complete that pass, couldn't he have paid some attention to my child?  Billions still listen for their answer.

This is not a question to be answered blithely.  We have to put football, even America to the side.

See, we have been here before, trying to find the pattern.  That is what our brains do, search for patterns, notice anomalies, then respond to new information.

There is one pattern we really, really want to find, that good is rewarded and evil is punished.  For the LORD knows the way of the righteous, but the way of the wicked is doomed.

That's from Psalms.  And to some extent, we do find evidence to confirm the claim.  Usually people who treat their spouses right have happy marriages.  Or at least happier than their marriages would be if they were out running around at night, coming home drunk and violent.

This pattern gives us a way to arrange our own behavior to get outcomes we desire, which is a good thing, and the evolutionary purpose of the development of this capacity.

This is from Psalms, too: I have been young and now I am old, but never have I seen the righteous forsaken, or their children begging for bread.

720 mothers whose children died of hunger while the Broncos pulled out that squeaker against the Steelers would beg to differ.  All you have to do is turn the channel to CNN to find that pattern disrupted.

Well, if you actually read the whole Book, and read it several times, over different times in your life, so you have a wider experience that helps you catch things you missed the first time round, you discover that the Bible says some other things about the ways of the righteous and the ways of the wicked.  Read Jeremiah.  Read Job.  Read the rest of the Book of Psalms.  Go do relief work in Haiti or Sudan and read them again.

The Bible records how a whole community of faith over centuries has struggled with this issue.  Sometimes the Psalm begins, O LORD, my God, my Savior, by day and night I cry to you.  And at the end, it still says, Darkness is my only companion.

The Psalms of Lament speak the truth of people who do love the LORD, who are faithful.  From Jeremiah thrown down a well to Paul shipwrecked on Malta to Mother Teresa struggling her whole life with severe depression a couple millennia later, faith does not turn out to be bankable.  My God, my God, why have you forsaken me?  Maybe the Psalms can give voice to your own experience.

Creativity and the Absurd

The ancient Israelites were sure of the pattern, that they held God's favor.  They lived in the Promised Land, after all.  Then something else happened, off pattern.  A new super power came on the scene, destroyed their temple and threw them into exile.  By the waters of Babylon we sat down and wept, when we remembered you, O Zion... How can we sing the Lord's song upon an alien soil? 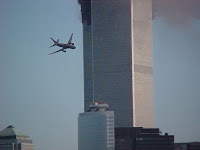 When faced with the unpredicted, the absurd, the anterior cingulate cortex shifts into high gear.  Its job is to modulate emotional response, to manage the panic.  It does so by reasserting sense.

Sense can be found in two ways.

The first is to revert to the familiar.  When the brain is overwhelmed by stress, it becomes more efficient.  It shuts down brain-derived neurotrophic factor, stops learning and concentrates on what it already knows, or what it is habituated to trust.  It was the forces of evil (gays, the First Amendment...)  We are being tested, we have to believe harder...  People confronted by the absurd sometimes cling to habit, reject the unfamiliar (immigrants, head scarves).  After 9/11 there was a spike in sales of mashed potatoes and mac and cheese.  That is the anterior cingulate cortex at work, modulating emotional response.

The second way is to ramp up the pattern seeking by noticing connections that had been overlooked.

The second way is the way of creativity.  For the Israelites, the Babylonian Exile resulted in an explosion of creativity, poetry, philosophy, history, new forms of worship, the legal code, and the development of a religion that was larger than their prior notions of land=success=God's favor.  They came up with a religion that could handle exile, handle loss.  It could travel and face the future.

Their brains found new patterns.  They recognized a kinship and developed compassion, even obligation toward others who were immigrants or poor or who had lost.

America At A Spiritual Crossroads


I was approached once to be a supply preacher at a Unitarian Universalist Church during an interim.  I realized I had no idea how to do that, how to preach, if not the Gospel.  So perhaps it is inevitable that I fail my nonChristian readers at this point.

But I will do my best.

The 20th century witnessed horrors when people responded to their suffering by pulling away, by blaming others and cutting off connections, dividing nations into smaller and smaller subgroups to despise.  The brain that does that eventually goes senile.

A lot of us have lost a lot since the start of the 21st century.  And the rules have been rewritten, so we can expect more of the same.  This would be a good time to seek deeper than the theological optimism that cheered us when there was still a frontier and we could always walk away from our failures.  This is not the time to place our hopes for spiritual vindication on the thin reed of an untried and immature quarterback and Christian.  Give the kid a break.  And, by the way, give the people who are rooting for him a break, as well.  They are having a hard time, too.

The good news is that there are other patterns to be found.

The brain that remains open to new experiences, that searches for common ground, grows, creates, delights, has fun!  Ditto the nation.  Ditto the world.

Imagine that.  We are hard-wired for compassion.  And for fun.