Hope for a Cure? Or Not?

But we have to keep hoping for a cure, don't we?

I spent six months preparing a power point presentation on stages of recovery and fifty minutes delivering it.  My co-presenters and I described the misery of the Chemistry Experiment, and the hope offered by other interventions that harness the brain's capacity to heal itself.  Medicine is a piece of the answer, but just not inadequate to carry the whole load of healing.

But DNA operates even deeper in an organization than in an individual.  NAMI was born out of the medical model, when parents who had been wrongly accused of causing their children's illness pushed back and insisted on their innocence.  Mental illness is not caused by distant fathers and overprotective mothers.  Mental illness is a physical illness.

Yes it is.  Whether it arises from chemistry, wiring or structure, it is an illness in the brain, a physical organ, inside a body.

Well, it was a short jump from that insight to the search for a cure, a medical cure.  Because that is what medicine does, it cures physical illness, right?

I have found myself on the horns of this dilemma before.  The lab rat part of me wanted to shake her, Can't you hear how much it hurts us to submit to these treatments, harsher and harsher each round of the latest experiment, all to keep your hope for our cure alive?

I am told I managed gentleness.  I said, mental illnesses are developmental illnesses.  They begin, almost all of them, in the formation of the brain in childhood.  If they could be detected earlier, then we could provide less violent treatments and prevent the worst ravages.  Like how they used to detect heart disease when somebody had a heart attack, and treat with open heart surgery.  But now they test for high blood pressure, and treat with beta-blockers (or even diet and exercise?!)  I do have hope for that approach.

I don't think I satisfied her.  This is a big question.  This is a sit back, pull up a cup of tea, settle back for a long philosophical discussion kind of question.  Research informs this discussion.  But it doesn't settle it.

The basic formula is this: Genetic Predisposition + Environmental Stimulus (of many and various sorts) + Lack of or Delayed Treatment = Mental Illness. 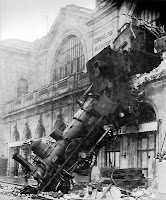 It doesn't happen all at once.  The brain at a very early age starts organizing itself in a particular direction.  Once started down a road, it gets exposed to other stimuli that reinforce the direction.  Unless it gets rerouted somehow, eventually it arrives at clear, unmistakeable, unbearable crisis.

You know what?  I think that is the only question I can unequivocally answer on this topic.  After that, I am left with more sit back, pull up a cup of tea, settle back for a long philosophical discussion kind of questions.

What Is a Cure for Mental Illness Worth?

I expect, if my son were suddenly to burst out in a full-blown psychotic episode, I would want the doc to hand him a pill that would guarantee it would never, ever happen again, ever, in his entire life.  Never.

It's just that, it doesn't work that way.  If he were to burst out in a full-blown psychotic episode, that would indicate the wiring in his head was wired wrong.  Pouring chemicals on top of bad wiring doesn't fix it.  It can make the bad wiring less noticeable, or less disturbing.  (Or worse.)  It can help.  But it doesn't fix it.  Meanwhile, the chemicals themselves would be making him their own kind of sick.

Oncology has been down this road already.  What you have to do to the human body to fix stage four cancer (and psychosis is stage four mental illness) is so extreme and so harmful that some patients have decided they just won't go there.  And they have won the legal right and usually the doctor's understanding to make that decision.

So how much does a person with mental illness have to suffer when the doctors and therapists and family members want him/her to keep trying?  How many social skills does this person have to lose to silence the voices?  When antidepressants fail and we're down to ECT, how many memories have to go to get to the right depression scale score?  How much time does this person have to spend in involuntary confinement, in the trauma of restraints, to prevent suicide?

When does the person with a mental illness have permission to move to palliative care, care designed to reduce suffering or manage symptoms, rather than cure them?

And who gets to decide?

Well, that didn't answer her question.  Go back to that formula:

Genetic Predisposition + Environmental Stimulus (of many and various sorts) + Lack of or Delayed Treatment = Mental Illness.  Where do you interrupt the process? 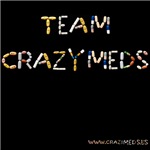 Chemicals poured into bad wiring, the intervention at the end of the equation just isn't good enough.  Been there, done that, got the liver damage.  Let's move back a step.

There is promise, immense promise in earlier treatment of schizophrenia, if we stop trying to hide chemically the consequences of bad wiring and instead, intervene while the wiring is still going on.  A brain starting to turn in the wrong direction can be redirected.

But early treatment will not satisfy a mother who bears a child.  We want prevention.  And prevention is possible.  Yes, it is.  This, I think, is where to find hope, because we do have control over the vast majority of those environmental triggers.  It's a just a very thin kind of hope, because, well, think about it.

What will it take for society to understand that child-bearing and child-rearing is not a private luxury, but rather a gift that parents give to the whole human community?  What will it take for pregnant women to receive the nutrition and support they need so their children will be healthy from the womb?  How about cleaning up the toxins in our environment?  How about changing our food policies so that we subsidize healthy foods rather than the ones that destroy our children's brains?

What about investing in communities, mixing in the diversity that strengthens resilience, supporting the presence of seniors who can buffer the stresses of childhood?  What about schools that offer a rich environment and multiple styles of learning, music, recess, arts, sports, activities that strengthen brains rather than the dreary drills that make them more brittle?

What about ending war?

See, there are lots of things we could do to prevent genetically diverse brains from developing mental illness.

It's a thin hope, so it better be a deep one.

It would be easier, surely, to modify the genes.

Well, I promised you a philosophical discussion.

My son, my precious son has never had a psychotic episode.  They did wonder if he had ADHD in fifth grade.  I did my homework before I went to the parent/teacher conference.  They wanted him evaluated.  I told them I had done my homework.  I reminded them that in second grade, they thought he was talented and gifted.  When I compared the list of behaviors that indicate Talented and Gifted to the list of behaviors that indicate ADHD, the lists were remarkably similar, especially in the ways that each list corresponded in particular to my son's behavior.

I have my own diagnosis for my son.  Artist.  It meant that some years he had a difficult time in grade school, when he had teachers who couldn't teach artists, who needed him to conform.

We live in a world, in the United States anyway, that has difficulty accommodating diversity.  Oh, we say that all kinds of people are okay.  But what we mean is, So long as they act like us.

So there is great appeal in this concept of fixing people by eliminating whatever it is that makes them act not like us.  People with mental illness would top that list.  We avoid Walmart.  We can't change work shifts or handle speed-ups.  We don't perform well on standardized tests.  We miss social cues.  We don't fit in.

Maybe they could.  They figured out how to fix roses after all, so that roses would last longer after being cut, and so they would have fewer thorns.

It's just that, when they did that, roses lost their scent.

What is a Cure for Mental Illness Worth?

No, I am not satisfied with this discussion.  I want my own pain to end.  I desperately want the pain of my friends to end, and their children's pain to end.  I know we can do a lot better than we have so far.

The frustration is that there are already so many things that could make a difference, that could reduce the incidence, severity, level of disability and suffering of mental illness.  And we do not have the social, economic, cultural or political will to do these things.  We really are on our own.

My hope is in the things we can do for ourselves, which is why I have written about recovery.

I am still not satisfied.  But one thing is clear.  I wish roses still smelled like roses.  And one more thing, I do not want us to go away. 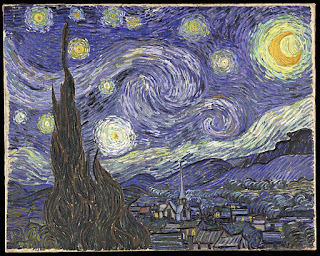 Is Recovery Possible? - Kayla Harrison Continued August 25, 2012 -- The judo champ's story introduces the concept of recovery.
Seventeen Keys to Recovery August 30, 2012 -- Guest blogger Margalea Warner describes her journey in recovery in schizophrenia.
Recovery - The Medical Model September 7, 2012 -- Introduces the doctor's agenda, covers the first half of the story.
Recovery - The Medical Model Continued September 14, 2012 -- It was a great idea.  If only it worked.
Recovery Redefined September 21, 2012 -- People with a mental illness have our own definition of recovery.
Recovery - From What? October 1, 2012 -- You have to know where you are going if you want to get there.
Stages of Recovery - AKA Hope October 5, 2012 -- We recover in stages, and need different tools for each stage.
Neuroscience of Meaningful Work October 10, 2012 -- Oh goodie!  Here come the dendrites!

image of single stranded and double stranded damage to DNA used under the Creative Commons license
flair from facebook.com
painting of Heraclitus by Johannes Moreelse
photo of train wreck at Montparnasse, 1895 in public domain
t-shirt design by Jerod Poore, from http://www.cafepress.com/crazymeds
photo of pregnant woman at WIC clinic in public domain
photo of Norman Rockwell's Freedom from Fear by Gary Halvorson, Oregon State Archives
photo of bouquet of roses by Jebulon, used under the Creative Commons license
Starry Night by Vincent Van Gogh, in public domain
at October 18, 2012