Looking Under the Hood - A Better Depression Diagnosis?

Maybe my writer's block is an Ecclesiastes issue.  There is nothing new under the sun.

But finally, there is.  No, not the DSM.  Keep reading.

But regarding the DSM, and it makes no difference at all which edition, you have to wonder when somebody who is suicidal, losing weight, irritated at the drop of a hat and can't sleep gets the same diagnosis as somebody else who is immobile, gaining weight, couldn't be bothered about anything anymore and sleeps the night and day away.  It's all depression -- the DSM's junk drawer.

Finally, somebody thought to sort the junk drawer, by looking inside the brains of these two sorrowful souls, both taking the same meds for God's sake.

PET Scans - Looking Under the Hood

Helen Mayberg and her team at Emory University School of Medicine used PET scans to look under the hood (to use John McManamy's favorite metaphor).  PET scans use a radioactive tracer to determine where glucose is being used in the brain, i.e., what part of the brain is busy. 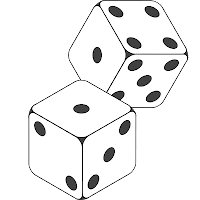 This is normal.  No matter which antidepressant or talk therapy you try for depression, after twelve weeks, you have a 35-40% chance of getting better, if it is your first attempt. The odds go down, or put another way, the failure rate goes up with each new med you try.  I don't know the odds for switching therapists.

Next they looked under the hood -- they scanned the brains.  They noticed a difference between responders, people who got better with a particular treatment, and people who didn't.  The difference was in the anterior insula cortex.

The anterior insula cortex (AIC) is a relatively new area of study in neuroscience.  Located deep in the brain, between the temporal and parietal lobes, the AIC is where the brain becomes aware of sensation and feelings.  It may be the seat of consciousness itself.  Wow.  Move over, anterior cingulate cortex (ACC).  I have a new love.

This is a side view of the brain, with the front to your left.  The image was published in Japanese, which may explain that bamboo back scratcher pulling up the parietal lobe to reveal the AIC about a quarter of the way inside.  By the way, the ACC is not far away, a little farther to the front and more to the middle, like, in from the nose.

Not All Depressions Work the Same

Let me say that more simply.  Mayberg's findings suggest that meds work for people with active AICs, and CBT works with sluggish AICs. We might suspect that these two groups have two different illnesses, no matter that the DSM says they have the same.

Why is this important?  As Mayberg reminds us, depresssion is a serious illness and whatever treatment you try, it takes a couple months to determine whether it works.  Meanwhile, the patient suffers. And if it doesn't work, s/he switches to another treatment, and continues to suffer a couple more months until that treatment works, or doesn't.  The patients benefits if we get it right the first time.  So does the patient's family, employer and insurance company, in case you didn't catch the financial implications of useless treatments.

The study needs to be replicated and, I presume, tried a different way. Did the treatments change AIC activity, or does AIC activity really predict treatment success?  What if the scans were done before the treatment started?  Let's say you have a group of people you already know have active AICs, and you give them Lexapro.  Could you break that 35-40% success rate (60-65% failure rate) by predicting and eliminating from your clinical trial those you already know will be the non-responders?  Heads up, Forest Laboratories.  You might want to fund that one.

I found a link to NIMH's report, which made the research design more clear.  They did the scanning before the treatments.  So indeed, the scans were predictive.

Playing the Odds of Depression Treatment

What follows is a logic exercise.

Any given med helps 35-40% of the people who take it, if it is the first med they try.  Let's round that to two out of six times, for the sake of easy numbers.  Roll the dice.  If the number comes up 1 or 2, this is your lucky day.

CBT also helps 35-40% of the people who do it.  Again, let's round it to two out of six times.  But these seem not to be the same people as could be helped by medication.  So if CBT helps you, it is because you rolled a 3 or 4.

Mayberg's study gives evidence to support the proposition that those who respond to these two different treatments are two distinct groups, which is why they are assigned different numbers on the roll of the dice.

What do you do if you don't know which group is yours?  If you do both treatments at the same time, you are not enhancing one with the other -- which is what you have been told, I have been told, and I have dutifully repeated. Instead, you are adding the probabilities (two in six) and (two in six) to get four in six, a 70% recovery rate instead of 35%.

This is like if you bet on two horses, or buy multiple lottery tickets. The odds that one will be a winner get added to the odds that another will be, and increase the overall odds that you hold the winning ticket. In any event, there will be just one winner.  The other ticket is a loser.

It might be a really good idea to pay the price and double your odds of success, in the absence of a scan to predict which treatment will work for you.  The standard meds+therapy strategy could spare you a potential couple months of suffering.  When the black dog has its jaws locked around your neck, there is much to commend this approach.  Hit it with everything you've got.  You need that winning ticket.

Do You Want To Use Treatments That Do Not Work?

But there is a cost to this strategy.  When you increase your odds, you also increase your cost.  One set of costs may be for a treatment that is not helping you after all.

The costs of Cognitive Behavioral Therapy: your co-pay, an hour a week in the therapist's office, commute time, parking.  And you have to do homework.

The costs of Lexapro: your co-pay for the med and for doctor's visits (though the latter won't be weekly) and side effects.  The most common are nausea, insomnia, sleepiness, sweating and fatigue.

And then there are those pesky antidepressant sexual side effects that are vastly underreported in those 8-12 week trials, partly because before you took the med you were depressed and not getting any anyway, so you didn't notice until after the study that your sex drive never came back, even after you had energy for it again.  And they never do tell you that the sexual side effects, loss of libido and inability to reach orgasm, often do not go away when you stop taking the antidepressant.  Not for years.  Your depression might go away someday.  You might want to have sex again someday.

Now, responsible blogger that I strive to be, I will remind you that in order to have sex again someday, you have to survive your current episode of depression.  So if survival is an issue, think about this choice carefully.  If it is not an issue, again I urge you to think carefully.

And I will also tell you that I know many people whose lives turned around for the better when they started taking antidepressants.  I am not anti-medication.  I am anti- bad and insufficient information and people who assume there is only one answer to this thorny issue and that people who ask questions are being troublesome.

One More Cost of Ineffective Treatments

One more troublesome issue.  Okay, this one is personal.  What if Lexapro is the wrong treatment, not because you have the other variant of depression, but because you are somewhere else on the mood disorder spectrum?

If you have bipolar, which your doctor didn't figure out because you presented with depressive symptoms and have never gone off the manic deep end before, then you will quickly receive a better diagnosis in the psych ward, when Lexapro triggers a manic episode. Then your costs could include credit card debt, bankruptcy, sexual promiscuity and STDs, divorce, violence and jail time.  Chances are that won't happen, you don't have bipolar.  But that is how you will find out.

If you have bipolar II, which is even less likely that your doctor figured out, then you increase the odds that you will have extreme forms of the usual side effects and will be taken off Lexapro and put on another antidepressant and experience the extreme side effects of that one, too. The most common route to a bipolar II diagnosis is 7-11 years of ineffective antidepressants and terrible side effects.  You have heard that sometimes antidepressants cause suicide?  Most often these suicides are people who have been incorrectly diagnosed.  Bipolar II tops the suicide risk chart at 20%.

I don't know if a PET scan would have indicated that my series of six ADs were not going to work for me and, in fact, would be my route to disability (including Celexa, of which Lexapro is a clone).  If it could, the $3-6000 price tag would have been a bargain for my pension plan and Social Security.

Not to mention what it would have spared me.