One in four people in the United States meet the criteria for a diagnosable mental illness in any given year.  About half will develop a mental illness sometime in their life.  Allen Frances, editor in chief of DSM-IV wants fewer people, only those with the most serious illness, to be diagnosed to spare them the stigma of the diagnosis.  The chief mechanism to achieve his goal would be to change the DSM criteria, so that fewer people qualify.

This series began by introducing Dr. Frances, whose work has inspired it.  It continues to address the topic of stigma, what it means, where it comes from, how to respond.  Last week I defined terms, adding one that expands our frame.  Briefly, Merriam-Webster says that stigma is a mark of shame or discredit; while prejudice is injury or damage resulting from some judgment or action of another in disregard of one's rights.

So is Allen Frances trying to protect those whom he calls the worried well from being marked with shame or discredit?  Or is he creating a diversion that calls on people who are suffering to bear the responsibility for somebody else's prejudice?


Hint: Note the title of his book and tell me: Who is applying the mark of shame or discredit?


Prejudice Begins in the Doctor's Office

Well, one good reason to avoid a diagnosis is because once you have it, you are less likely to receive routine standard of care from your doctor. But Frances misnames it.  This is not stigma.  It is prejudice, injury or damage resulting from some judgment or action of another in disregard of one's rights.

The injury and damage of doctors' prejudice against people who have a mental illness has been documented.  People with schizophrenia are less likely to receive referrals for a wide range of medical procedures, including cancer screening, angioplasties, coronary bypass surgery, substance abuse and smoking cessation treatment and obesity clinics.  The consequences can be devastating.  The cancers of people with schizophrenia, people whose doctors failed to refer them for cancer screening, are much more likely to have metastasized at the time of diagnosis than other people's cancers.

The cancers of people with schizophrenia are much more likely to have metastasized at the time of diagnosis than other people's cancers.

If you are tempted to blame life style factors, consider the additional finding: Following diagnosis, they are less likely to receive surgery, chemotherapy or radiation.

People with schizophrenia have the same medication adherence rates as anybody else.  That is what the data shows.  But doctors believe otherwise, that they are less likely than anybody else to follow medication regimes.

Here is another Webster-Merriam definition of prejudice: an adverse opinion or leaning formed without just grounds or before sufficient knowledge. 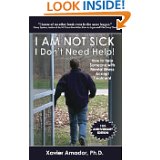 Xavier Amador and others are making a living telling family members that people with mental illness don't take our meds because we lack insight, anosognosia, which is part of the illness (only part of the time, but that is not part of the message).  These books do not account for the hard facts about compliance rates for any other people with any other illness, let alone respond to the reasons we give for not taking our meds.  Is anosognosia part of high blood pressure?

It made no difference in the studies cited above whether the doctors were psychiatrists or any other kind of doctor.

Similarly, people with other mental illnesses as well often do not receive routine standard of care for a whole host of conditions, including screens for infections, dental care, metabolic syndrome, even blood pressure checks, even while receiving medications that put them at risk for all of these health complications. As a consequence, the death rate gap between people with mental illness and the rest of the population is growing.

Yup, that happened to me, too.  My psychiatrist asked if I had liver trouble, which I didn't, and then never checked whether I developed it while taking the med she prescribed which is known to cause liver trouble.  And, in fact, I did develop it.

In the rest of the population, the better a person knows somebody with a mental illness, the closer the connection, the more willing the first person will be to have somebody with a mental illness as a friend, a neighbor, a co-worker.  Unwillingness to be a neighbor, friend or co-worker is called desire for social distance, and is how social scientists measure prejudice.  But proximity of contact does not decrease the desire for social distance on the part of mental health professionals.

Actually, this makes sense.  There a lot of research about how contact reduces prejudice.  But it matters what kind of contact.  It is not the kind of contact that doctors have with patients who have a mental illness.

Going back to the discussion part of the research quoted last week:

Social psychologists have examined several variables that are relevant to ethnic prejudice and that could be adapted for research on contact with and stigma surrounding persons who have mental illness. One important variable that affects contact is opportunity: members of the majority must have opportunities to interact with members of minority groups if stigma is to be reduced (36). Thus persons who have serious mental illnesses must have formal opportunities to contact and interact with the general public. Other factors that augment the effects of interpersonal contact include treatment and perception of the participants as equals by members of the public (37,38), cooperative interaction (41,42), institutional support for contact (41,42), frequent contact with individuals who mildly disconfirm the stereotype of mental illness (43,44), a high level of intimacy (45,46,47), and real opportunities to interact with members of minority groups (36). Each of these factors suggests specific hypotheses on how contact between members of the general public and persons who have serious mental illness can be facilitated.

Let's look at these variables one at a time. 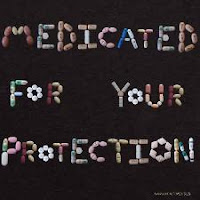 The first listed is opportunities to contact and interact.  Yes, mental health professionals do have lots of contact with people who have mental illness.  But the nature of this contact is different from contact with the general public.  It does not reduce prejudice, because it sets up the opposite of every other variable.


In other words, or rather in pictures, mental health professionals spend a lot of time with: 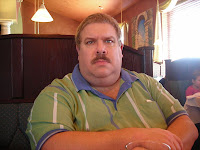 On the other hand, these next three are very public faces of mental illness:

But because mental health professionals do not schedule two week follow up appointments with them, Kay Jamison, Harrison Ford and Patrick Kennedy do not leap to their minds when asked to consider having coffee with somebody who is mentally ill.

Of course there are exceptions.  The recommendations above provide a roadmap to doctors who want to overcome the prejudices built into their institutions and their minds.  The exceptions I know personally are those doctors who have served as board members or staff of NAMI, National Alliance on Mental Illness, where they do have interactions with and form partnerships with people who have a mental illness who are functioning well and contributing to the wider community. 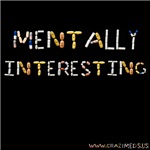 Doctors who want to be better doctors, who want to provide a high standard of care for all their patients and not discriminate, even unconsciously, against their patients with mental illness need to be intentional about getting to know us outside the clinical setting.


Fighting stigma is part of NAMI's agenda: support, education, awareness, research and advocacy.  Like Dr. Frances, NAMI fails to distinguish between stigma and prejudice.  It means both, though mostly it means prejudice.

Personally, I think there is no more important field of operation in this stigma-busting enterprise for NAMI than the doctor's office.

Evidently, our lives depend on it.

I began this post with a provocative statistic and a provocative projection.  One in four people in the United States meet the criteria for a diagnosable mental illness in any given year.  About half will develop a mental illness sometime in their life.  What was your response to those statements from the US Centers for Disease Control?

Allen Frances represents one response, to reject the statements as fanciful, hyperbole designed to get more healthy people on meds.  The book jacket calls it the medicalization of ordinary life.  His new celebrity status is evidence that he has tapped into a deeply held popular suspicion against psychiatry and revulsion against people with mental illness.

No, I mean it.  Revulsion.  Half of us will develop a mental illness sometime in our lifetimes.  You, dear reader, have a 50/50 shot. Probably higher, given the the demographics of people who would read a blog called Prozac Monologues.

But is that such a moral disgrace or identity-disrupting disaster?  How is it different from the fact that one in three people in the US have high blood pressure?

People with high blood pressure miss more days at work than people who are normal.  They raise insurance rates, too.  They tend to be noncompliant about doctors' recommendations regarding diet and exercise, which is why they clog ERs and use enormous health care resources.

In recent years, grocery stores and even churches set up stations where people can get their blood pressure checked and receive information about treatment options.  Doctors are treating high blood pressure more aggressively.  While they used to medicate only people in the 160/100 and above range, now people as low as 140/90 are getting diuretics, medicalizing ordinary life.

We could, of course, change this mission creep promoted by the American Heart Association by changing the definitions of hypertension, so that people are not saddled with the label and the unnecessary worry until their blood pressure reaches 160/100, or even 170/110.

Or, we could address the causes for the rise in rates.  High blood pressure is a problem, not a freak-out.  And people who have it are normal.  They just have a health problem that needs to be addressed. The trend to address it early has contributed to the reduction in mortality rates for heart disease.

So again, are people who have a mental illness normal?  Do we have a health problem that needs to be addressed?  Or will we continue to be the pariahs of the health care system?

I know I have readers who are mental health professionals, even psychiatrists.  And like I said, some of you I know to be the exceptions. I offer you equal time either in the comments or in a guest blogger response.