Saving Normal - At What Cost?

John Ferguson was executed by the State of Florida on Monday, August 5 at 6:17 p.m. ET.  He killed eight people thirty years ago, and many people can't get too excited about his own death.  I understand that.  As a Christian, I am grieved that my nation kills people to show that killing people is wrong.  But I get it.

The civilized world does not get it.  The United States of America is a member of an elite club, forty-three nations that have executed people in the last ten years (brown in the map below, along with China, Syria, Libya, North Korea -- our good buddies, all of them).  We bear the distinction of being the only member from among the developed nations. 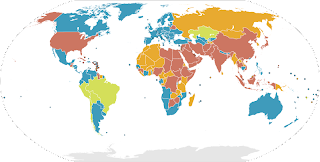 We do place limitations on the death penalty.  Our constitution, since its first passage, prohibits cruel and unusual punishment, the eighth amendment.  Over the years, the Supreme Court has ruled that all forms execution are cruel and unusual, except for lethal injection, the method that Florida used to kill John.


The death penalty has effectively been medicalized, which presents a dilemma for doctors.  The AMA does not take a position on the death penalty itself, but prohibits doctors from participating in it:


The American Medical Association is troubled by continuous refusal of many state courts and legislatures to acknowledge the ethical obligations of physicians, which strictly prohibit physician involvement in a legally authorized execution. The AMA's policy is clear and unambiguous — requiring physicians to participate in executions violates their oath to protect lives and erodes public confidence in the medical profession.

A physician is a member of a profession dedicated to preserving life when there is hope of doing so. The use of a physician's clinical skill and judgment for purposes other than promoting an individual's health and welfare undermines a basic ethical foundation of medicine — first, do no harm.

In the Alice in Wonderland world of criminal justice, doctors do attend executions to sign the death certificate after somebody else has pronounced the person dead.  And it has been known to happen that a doctor or nurse stepped in to insert the intravenous line, when the prison official's inexperience was causing additional pain and suffering, or gave advice about dosage when an insufficient dose caused the person being executed to feel the sense of suffocating for several minutes.

Mental Illness and the Death Penalty

But John Ferguson's death sends us deeper into Alice's rabbit hole, mixing psychiatry and the legal system.  Insanity is a legal defense, not a diagnosis, and usually means things such as knowing the difference between right and wrong, and understanding consequences, i.e., that one's actions would result in somebody's death.  State law defines insanity, not the DSM.  DSM diagnoses are not referenced in the law, though psychiatrists are called upon to cobble together the interface between psychiatry and the law, making judgments about the defendant's state of mind.

John had been diagnosed with schizophrenia for over forty years.  He committed his crimes after he was released from the hospital over the protests of his doctors.  After he was imprisoned, he was regularly reevaluated and regularly rediagnosed.

Back to the Supreme Court -- in 2007 they ruled it cruel and unusual to execute people who do not have a rational understanding of their crimes, that the state intended to execute them, and that as a consequence, they would be dead.

The Supreme Court of the State of Florida ruled that John Ferguson could be executed because he understood the facts of the matter, that the state was going to execute him.  His attorneys argued that the court applied the wrong standard, a mere understanding of the facts.  They argued that he did not have a rational understanding of the consequences.  But the US Supreme Court refused to hear the appeal, and the execution went ahead. 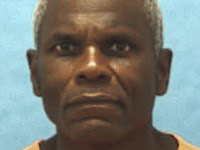 So what do you think?  John believed that his body would not remain in the grave, that immediately following his execution, he would return at Jesus' side and save the world from a communist plot.

His last words -- I am the Prince of God.

Saving Normal and the Death Penalty

I promise, I will not write as many posts about Allen Frances, author of Saving Normal, as he has written about the DSM.  Not near.  I did not intend to write this one, until he took my breath away with his comments about mental illness and the death penalty.

These comments come in his chapter Diagnostic Inflation.  Frances wants fewer people diagnosed, to spare them the experience of stigma, the painful and harmful branding of people with a mental illness.  In that context, he then turns to the ever-present danger [of diagnostic inflation] at the boundary between psychiatry and the law. 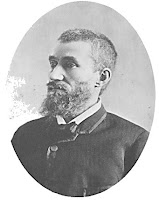 The example Frances gives is that of James Garfield's assassin, Charles Guiteau.  Guiteau had a long history of bizarre behavior, and shot Garfield, believing himself to be an agent of God to save the Republican Party.  His attorneys attempted an insanity defense.

Guiteau took a rather tortured view of the matter, proclaiming that he was legally insane, because he was not a free agent -- the Lord required the action of him.  But he was not actually insane, which he considered a detestable insult.  Frances quotes his words to the jury, I would rather be hung as a man than acquited as a fool.  They hung him.

Frances' conclusion: Most defendants would, like Guiteau, much prefer to be punished than treated -- lest their message be muffled.  I would agree with them.  Except in the clearest cases to the contrary, diagnostic inflation should be tamed in the courts.  Bad should usually trump mad.

So, in the service of reducing the numbers of people branded with the shame of mental illness, those who would rather die than give up their delusions should be allowed to do so.  Most defendants would, like Guiteau, much prefer to be punished than treated -- lest their message be muffled.  I would agree with them.

Better hanged than a fool.  Better dead than crazy. Do you want to be treated by this guy?

Frances says he wants doctors to stop diagnosing and treating the worried well, so that the seriously mentally ill can get treated.  While he is at it, he throws mentally ill people who have committed crimes under the bus, too. Well, this is America, meaner every day, especially to the most vulnerable.  And who is more vulnerable than somebody like the Prince of God?  Frances is riding the wave.

I guess it is a sign I have not entirely written off psychiatrists and psychiatry, because I am astonished that he hasn't been called out publicly on this one by somebody with  more profession clout than the author of Prozac Monologues.  I'm waiting...