They asked for a trigger alert. This is a humor alert. Oh, well.

I realize some people do not find suicide humor humorous. I get that. I respect this opinion and honor the feelings and experiences behind it.

If you have not read Prozac Monologues before, you need to know that it has always aspired to a bent sort of humor. And in honor of the World Health Organization's World Suicide Prevention Day, today's post, a long time coming, is The Suicide Monologue. Watch me while I attempt humor. You don't have to read it. Just know, it is what it is.

But sometimes stigma is the wrong word. Prejudice more accurately describes the behaviors of others in response to our illness, behaviors that discount us, deny us services, blame us, silence us, and ultimately kill us. Prejudice: A Major Barrier for Suicide Prevention would, for me, be an entirely different topic, one well worth exploring next year.

The first step in addressing prejudice is to name it, throw it back, put our finger in the face of the source, shame it, out loud, in public, whenever we see it.

The first step in addressing stigma is to stand up, say the hell with it, and get about our business, whatever our business needs to be.

Isolation is suicide's best friend. So my bit for suicide prevention is to break the isolation. I do that with humor. If my humor will hurt you, well, that is not my intention, and this is your warning to back out of this blogpost with my blessings and best wishes. If my humor will disturb you, good! Read on and be disturbed.

Those of you who have never been seriously suicidal may not realize, there is a lot more to suicidal ideation than Gee, I want to kill myself. After Shall I, or not? [does anybody really ask that question at all?] comes a whole basket full of other questions.

For example, blood or no blood?

No, really! There is this belief out there that once they have decided to do it, you can't stop them. So there's no point in taking away the gun. Nope, not true at all. We think about these things. Most of us have strong opinions on, for example, blood or no blood.

From one doctor's case files: The hospitalized patient wants to have lunch with her friends at the rooftop cafe. Doc says, No, she can't, because she is suicidal. She might jump. She responds, Oh I would never jump. I'm afraid of heights!

It's like taking your blankie to bed with you.

I myself would never use a gun. I used to clean houses for a living. I mean, yuk!


But suicides have a special language
Like carpenters, they want to know which tools
They never ask why build

What Are The Odds? 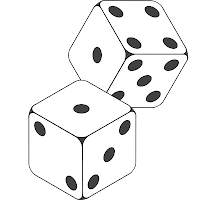 Then there is the question of lethality. Twenty out of twenty-one times, the person who attempts suicide survives. Different methods have different rates of lethality. Pills have a low lethality rating. On the other hand, it is difficult to recover from a well-placed bullet. So people who start out on this journey with a gun are more likely to arrive at the morgue than people who start out with a bottle of pills. You wouldn't know this from reading Madame Bovary, nor by watching action movies. You have to do your research!

[My apologies to my readership outside the US. These numbers are different for different cultures, and I am working with a deadline -- so to speak. So I am using the numbers easiest for me to find.]

Now understand, people who use guns are not necessarily more serious than people who use pills. That serious word is the language of prejudice against people who are suffering enough they want to die. It's how those around them justify not being serious themselves about providing help. But I will get back to that.

But your doctor hasn't read that research. Your doctor thinks, and the hospital staff think, if you are a woman and you used pills, it's because you didn't want to mess your makeup. Seriously, if you are worried about your make-up, pills are not your method.  They will make a real mess of it in ER. And you already know this if you have been there before. Again, yuk!

See, lethality rate has real life consequences.Well, if you use pills and survive, life is the operative word. On the other hand, sometimes pills do work. I want to compare them to condoms here, but I'm not sure which way to turn the simile. How about this: What you expect and what you get do not necessarily coincide. And the result could be life. Or not.Which, even if you don't get what you expect could be a good thing. Or not.

ER -- Not Where You Intended To Go?

ER is a very busy place. So some hospital came up with this scale, the SAD PERSONS scale for figuring out who needs the most attention the soonest. SAD PERSONS is an acronym that stands for ten risk factors for suicide, age, gender, substance abuse, previous attempt, psychosis, the plan, marital and social status, mostly the demographics of suicide. The idea is that any staff person can run through the list, pretend the patient is telling the truth, and assign the most supervision while waiting to the person with the highest score. No evaluation of state of mind is used in the administration of this scale.

So let's say you have three people who come in, or are brought in because they are suicidal, and one very busy nurse doing triage. One is drunk, one admits to a previous attempt, one is psychotic, all of them are seriously depressed, no friends, and have a plan. I'm talking about the patients here, not the nurse. The nurse may well have a plan, but nobody is interviewing the nurse. So far, each of the patients has four points on the SAD PERSONS scale. That is a moderate risk.

Who gets security and gets seen first? The guy who is a teenager. (Age and gender bump his score to six.)

Not the agitated twenty-year-old Chicana who is getting raped by her father and beat by her boyfriend, both on a regular basis. Young women do not die of suicide as often as teen-aged boys. So if she screams an obscenity and walks out of ER while they are fussing with the slacker, that's the way the scale is supposed to work.

Now personally, I think this focus on the demographics of suicide has disturbing implications for the aggregate intelligence of the nation. I mean, in one room is this young woman who slashes her wrists. In desperate straits, she has found a dramatic, emphatic, even aesthetic language to express what may not be expressed. And so far, she has managed to survive. Well, automatically, they think she is cutting, and cutting is not about suicide. It's about those bothersome borderline cases. Too much for ER triage. They think she just made a mistake, cut too deep. If she can walk out, she doesn't need to be here. [Wrong!!]

In the other room is the slacker who they think is more likely to end up dead, because young men are too stupid to figure out that guns kill people.

So he gets admitted, treated, and goes on with his life to further degrade the gene pool. Meanwhile, this brilliant young woman does not live to raise the next Nobel Peace Prize winner, let alone win it herself. No, she comes back dead, because her boyfriend thinks she cheated on him with her father and stabbed her. But that is homicide, not suicide. Which, as we all know, is a more respectable way to go. So the scale "works."

Once again, because women are smarter than men, we get screwed.

The good news is, no tax money was spent developing the SAD PERSONS scale, which is not holding up well in further research. The bad news is that its assumptions color the thought processes of medical personnel anyway. Since women survive suicidal incidents more often than men, they think men are more serious, and that people who survive are wasting the ER doctor's precious time.

Meanwhile, have you noticed a little ambivalence developing here? I am supposed to be writing about suicide prevention. But in my consideration of method, I reveal the ugly truth that if you happen to pick a method that raises your odds of surviving, you are likely to be disrespected and dismissed by the people who you'd think would care about suicide prevention.

If you want respect, you have to do your homework. But you get that respect only if you are dead.

Back to our example: Let's say, after he is admitted, treated and released, the young man goes out and shoots himself anyway. The chart says, successful suicide. The girl, however, learns you have to cut with the grain, not against it, is judged more serious next time, and does get admitted. The chart says, failed attempt.

Doctors have a high rate of completed suicide. They use pills. Go figure. But they know which ones to use and have access to them. In fact, the person most likely to complete a suicide is a woman who is also a doctor. She better do her homework. Imagine her chart. "Revoke her license, doesn't even have the brains to kill herself."

You know, the more I think about, I am led to this conclusion: Chances are you will survive. And when you do, chances are nobody will bake you a cake. So screw 'em. Stay alive and bake your own cake. 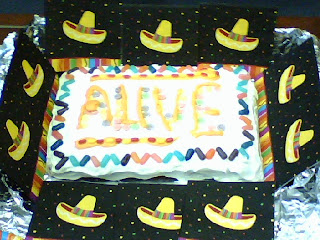 To Be Continued... That's You, I Mean

No, this post will not have a sequel for now. Oh, there are more topics to develop. My therapist even suggested one--note or no note? The Prozac Monologues version would be Popular One-Liners for On Your Way Out the Door.

But seriously, [sigh -- I did have to get serious]

Razers pain you;
Rivers are damp;
Acids stain you;
And drugs cause cramp;
Guns aren't lawful;
Nooses give;
Gas smells awful;
You might as well live.

I keep the suicide resources handy, in a tab at the top of this page. Use 'em if you need 'em.  Other bloggers are participating in Suicide Prevention Day. Their links are here. The most helpful resource I have ever found is David Conroy's Out of the Nightmare: Recovering from Suicidal Pain. You can read my review here and purchase the book, even as an e-book so you can get it right now right here.

And now, to close with more literary references:

And for my Canadian friends,

Keep your stick on the ice.  We're all in this together.