Guilty pleasure: Eavesdropping on psychiatrists talking with each other about us loonies. Like many guilty pleasures, it is not always good for my well-being. But I am endlessly curious. And it has yielded a number of blogposts in the OMGThat'sWhatTheySaid thread.

My go-to source for blog material is Psychiatric Times. It reports the latest news and research in Loony Land. It reflects on the practice of psychiatry. Sometimes it turns to mud wrestling. Oh, the good ol' DSM days!

A couple months ago, one of the editors, Ron Pies wrote a brave (foolhardy?) editorial inspired by Jennifer Michael Hecht's book, Stay: A History of Suicide and the Philosophies Against It. Intending to provoke, he titled it, Is Suicide Immoral?  Let the rumble begin.

In one corner, psychiatrists puffed on their pipes and discussed the philosophical question, whether it is morally defensible to jump out of a high-story building, given the potential collateral damage to loved ones and passers by. I am using building in the Jungian sense here -- the self. Work with me.

Some said all the compassionate things. Some noted that certain jumpers simply have no one to notice their departure. Some wondered if the question makes any sense outside a specific religious context. Some noticed a roiling over in the other corner, and made noises about how Psychiatric Times is a journal for professionals; nevertheless they need to be mindful that they are being overheard. Ya think?

A few family stories were told that illustrate Hecht's and Pies' point, that suicide does indeed devastate those left behind. Pies himself can speak from personal experience, as he acknowledged.
No argument about that from this corner, nor from the other corner.

In the other corner were people who have experienced serious suicidal ideation. In ever increasingly strident terms, they tried to insert a relevant piece of data into the philosophical discussion. Excuse me?! Surely it matters that the building out of which jumpers are jumping is on fire!

We were not on the same page.

Over the days, the comments turned to whether other comments were appropriate. Some were removed, and more outrage ensued. This is a hard topic, and probably impossible to discuss except in the most limited parameters in such a public forum and among strangers. I wished I could sit down with Dr. Pies and the two of us have a heart to heart.

When I returned to the page to write this column, I discovered that the parameters had been limited, after the fact. The Excuse me?!  Surely it matters that the building out of which jumpers are jumping is on fire! comments are all gone. The comment box now says that the comment feature is available only to health care professionals. I do get the difficult situation of the editors, but I imagine people feel that they have been disappeared. You won't find them if you go looking. That is the way the internet works.

My own comments remain. I am not a heath care professional. But I cited my credentials as a professional working ethicist. Are we not all called to be working ethicists? But I am a credentialed professional, a priest. And I learned in a different context long ago that peculiar language of dislocation from oneself that makes it possible to have conversations with people for whom I am an issue.

Dr. Pies, meanwhile, found himself back-pedaling from the beginning, explaining over and over that his title was meant to provoke discussion, not state his own views. Well, we were indeed provoked. Here is this week's effort: 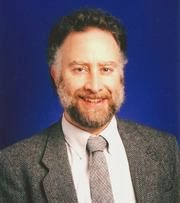 ...the point is not that suicide be "considered immoral" -- the point is that suicide has moral implications, both for physicians and for patients. I don't believe in any blanket condemnation of suicide, but I do believe that an exploration of the patient's "communal values" is often important when dealing with suicidal patients. This doesn't mean "guilt-tripping" the patient; it may mean a discussion of the effects the patient's suicide would have on family or friends, if it is important to the patient to consider such issues (the discussion should not be "forced" on the patient). Most suicides do take place in the context of major depression or other psychiatric ilnesses, and the severely depressed patient often has a markedly distorted view of how significant others perceive him or her. For example, the severely depressed patient will say, "My family would be better off if I were gone... I'm just a burden to them." But the family (and friends) usually don't feel that way at all - they value the patient and want him/her to be alive and well. It is sometimes important to bring this point home to the patient, not to condemn him, but to correct a cognitive distortion that may lead to an irreversible and unnefcessary act -- suicide.

Dr. Pies expanded his thoughts in an article published on a different website, Medscape.com, where he gave it the less provocative title, Suicide and Communal Values: Ethical Implications for Psychiatrists. The comments there have been less problematic. You have to register with Medscape to make comments, and anybody can, but it is not clear how.

Dr. Pies is eminently qualified to discuss these matters. This link hints at the depth of his credentials, though it leaves out his experience as a bioethicist. He is also a stand up guy, an aspiring mensch. We know each other through each other's writings and personal correspondence.

Anyway, no argument from this corner on the sentiments above. But the discussion still calls for input from somebody leaning out the window of that burning building. I hope I have the heart to abandon my language of dislocation from self and tell that story next week.

This thread does indeed continue with Suicide Is Not a Choice.


flair from Facebook.com
photo of Dr. Ronald W. Pies from Psychiatrictimes.com
at February 26, 2014