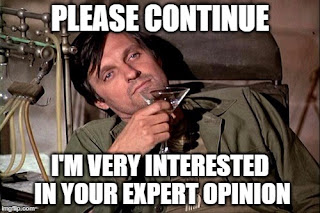 Anosognosia. It means lack of insight. But from the mouth of Xavier Amador, it’s his ticket. He tells you he knows why your son or daughter won’t take meds. And you are desperate for the answer, aren’t you. Because schizophrenia is a terrible disease and your beloved child is sick and won’t take the meds. The meds would make everything alright. So you are desperate and Xavier Amador throws you a lifeline, a promise that once you understand this unpronounceable word, you can learn how to get your child to take the meds.

He must be right, right? Because he is a psychologist and he can pronounce it. And then the kicker, he also loved somebody with schizophrenia, and he says he got him to take the meds. So NAMI invites him to give the spotlight lecture, and for the rest of the convention, parents hear every other presentation through the filter of this new word that they cannot pronounce.

Here is how you pronounce it:

Actually his advice is not bad, once you get past the power play. Stop fighting your sons and daughters, stop trying to convince them that they are sick. Instead, build a relationship.

Listen: reflectively with respect and without judgment
Empathize: strategically with emotions stemming from delusions and anosognosia
Agree: find areas of agreement - abandon the goal of agreeing the person is sick
Partner: on those things you can agree on -- not being ill


I like that advice and have given you a clip of the best part of the presentation.

Now if you will permit a word of advice about relationship-building from somebody who has a mental illness and occasionally does not recognize when her symptoms are showing - ask us why we don’t take our meds.

I met a new friend at last month's NAMI convention. I explained that I wasn't going to this presentation, I had heard it a number of years ago. Then I said, "Ask us why we don't take our meds." She said her son says they make him feel terrible. Bingo.

Now it's true, sometimes people with schizophrenia have delusions that make reality testing difficult. Sometimes people with bipolar in a psychotic or manic state do not recognize that state. I have on occasion rejected my spouse's concerns about my hypomania. And some of us do go off our meds in these temporary states.

But NAMI does a disservice to family members by giving them this fancy word that substitutes for believing what their loved ones tell them. These meds suck. They cause ballooning weight gain, leading to heart disease and metabolic disorders which shorten our poor pathetic lives by ten years on average. They evaporate our sex lives (not that parents want to hear about their children's sex lives.) They fog our brains and drain our energy, leaving us with lives that are not worth living.

[Funny thing, soon after she published her preliminary results, her funding evaporated.]

A conversation about why we should take our meds anyway really has to include an acknowledgement of the fact that these meds suck. True acknowledgement, not some sort of mental crossing of fingers behind the back, with the all-knowing family members chanting Amador's magic power potion, anosognosia, under their breath.

Half the people who won't take their meds think they are not sick. Those are Amador's numbers and I won't dispute them. And if you don't already know that delusions are not the sort of thing that somebody can be talked out of, then I suppose he does a service to tell you that. But are you sure that's why your loved one doesn't take the meds? He's got a whole ballroom filled with people who now believe it, and who take any other protestation to the contrary as proof of anosognosia.

Okay, that's my first objection to NAMI's sponsorship of Xavier Amador's presentation at not one but two of the three NAMI conventions I have attended. Dammit. His half truths.

The second is that his presentation is a parlor trick. Really, two parlor tricks. The first is that unpronounceable word by which he's got you. He has established the power of his credentials over you. He is the expert.

The really disturbing parlor trick is his demonstration of what a delusion is. He gets a volunteer from the audience. Then they do a role play. The volunteer answers questions about his/her spouse. Then Amador does an "intervention." He tells the volunteer that s/he has been stalking said "spouse," who is not actually married to the volunteer after all. The marriage is a delusion. The volunteer has violated no-contact orders, and they are going to get the person help. There are people just outside the door who are going to take him/her to the hospital. This goes on for a while, demonstrating that Amador is indeed not able to convince the person that the so-called spouse is a delusion. Voila! Anosognosia.

Now one interesting thing about this demonstration is that we are to take it as a demonstration of the power of delusion. But in fact, the volunteer is not deluded. The volunteer genuinely is married to his/her spouse, and ends the demonstration still sure of the fact.

What Amador has actually demonstrated is called gaslighting. The volunteer does not fall under the spell, does not forget the spouse. But the audience does. The audience is convinced that this demonstration demonstrates something more than mental cruelty, that they have learned something about the power of delusion, which, again, never existed in the first place. And he knows that this parlor trick is harmful, because at its conclusion he gives the volunteer advice about how to recover from it.

But there are those who do not fall under the spell, those who have seen it before, in some other psychologist or psychiatrist's office during a professional visit. That's why one person left last month's demonstration sobbing, and why I spent an afternoon in concentrated self-care after my exposure to this presentation years ago.

Here is an example: I call my psychiatrist to get help for symptoms I am having from withdrawal from Effexor. She says I don't have withdrawal symptoms, because it is not possible to become addicted to Effexor in the short time that I took it. I persist, I am having the withdrawal symptoms described in the literature and need help. Now who do you believe? She, after all, has a PhD in psychopharmacology as well as her MD. And I am a self-confessed mental case who insists on stopping this medication that she thinks I should be taking.

I took my wife with me to my last appointment with that psychiatrist, so she could report what happened in the office to my therapist who had slapped a new diagnosis on me based on my own reports.

1. Establish the extreme power differential, in one case her academic degrees over my addled mental state, in the other his five-syllable word over the uninformed audience who cannot wrap their tongues around it.

2. Take the moral high ground of compassion, trying to help, a position over the other.

3. Say whatever the hell you want.

4. Refer any protestation back to #1.

Yes, there is a kernel here. Stop fighting your loved one. Build the relationship. But the parlor tricks do real damage. Isn't it time to retire this presentation from its position as the major Friday night presentation at NAMI conventions?

[By the way,  to add some context: adherence runs at around 50% for people taking high blood pressure medication.]


still from tv show M*A*S*H* from IMGflip.com
graphic of Zombie by Jean-nöel Lafarge, used under the Free Art License
still from the movie Gaslight from vox.com