Does Music Therapy Help People with Bipolar Disorder? Maybe Not

Non-pharmaceutical approaches to mental illnesses are great. I mean, who wouldn't like to pop a pill without the side effects?

I eagerly clicked on the link: Music therapy for bipolar disorder: Can it help? from the newsletter, Medical News Today, hoping to find the playlist that would soothe the savage beast. The article reported on two studies, both pretty small, N<30. I guess music therapy doesn't attract the big bucks in research land. Spoiler alert: I did not find the magic playlist.

The first study compared people with bipolar in a euthymic state (stable, not depressed, not manic) with healthy controls. They listened to music that typically produces wonder and joy. The healthy controls felt wonder and joy. The bipolar participants felt... tense. The researchers surmised that the negative emotions in bipolar participants has to do with difficulties in emotional regulation, part of the executive dysfunction.

The second study examined the effectiveness of music therapy to reduce drug dosage for a variety of medications and variety of psychiatric diagnoses, schizophrenia, schizo-affective disorder, depression, certain personality disorders, and bipolar disorder. Some outpatients received standard care; some received standard care plus music therapy. Turns out, those who received music therapy were able to reduce dosages for antipsychotics. Which is good news for people with schizophrenia--antipsychotics are nasty drugs. People on mood stabilizers achieved no dose reduction.
(People with bipolar might be taking either antipsychotics or mood stabilizers. Mood stabilizers are the treatment preferred by experts in bipolar and also by most of the world, but in the US, antipsychotics are frequently used instead.)

What to make of these results? First, the numbers are small enough to be called anecdotal. But from this handful of anecdotes, music therapy seems to be more useful for diagnoses other than bipolar. Sorry, folks. 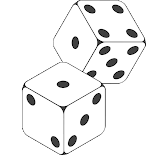 The thing is, the woo-woo (excuse me--holistic) interventions can have side effects, too. And when dealing with the complexities of the bipolar brain, with its lousy homeostasis and wonky wiring, what seems to be a good idea may just go off the wheels. Like, when the sleep aid I was taking totally eliminated sleep from my life experience, my doc used the phrase paradoxical results. It was an early clue that there was something happening inside my skull a little more complex than what the monoamine theory of depression would predict. Throw anything at a bipolar brain and it's a roll of the dice what you get.

So music that cheers other people up could push us bipolars over the edge. What music should we be listening to?

I was primed for this question because I have been working on a playlist for Prozac Monologues, the music that I had on repeat in those years that my brain was blowing up in random cycles of rage, despair, exhilaration, and spiritual morass. Here is that Spotify list. You get an early preview, while I work on the commentary, to be published next week.

I don't know if I'd recommend my playlist to treat bipolar. At the time, the music did make me feel less alone. Somebody out there had words for what I was experiencing. That, at least, was something.

Of course, your results may vary.