Okay, I know.  It's supposed to read Suicide Prevention Week.  I had a post all written, an attempt at a thoughtful response to an exerpt from Nancy Rappaport's book, In Her Wake: A Child Psychologist Explores the Mystery of Her Mother's Suicide.  I found it on Knowledge is Necessity, one of my favorite blogs to follow.

But before I ever heard about Suicide Prevention Week, I gave the topic a whole month just last June.  And I do recommend that you look at those posts, especially the ones that refer to David L. Conroy, "Suicide is not a choice.  It happens when pain exceeds resources for coping with pain."  Those two sentences open his book, Out from the Nightmare, help to make sense of a topic that people would rather hold at a distance, and give a simple program for suicide prevention.  Reduce pain and/or increase resources.

So after I did my best at one more profundity, I thought again, really, how should one mark Suicide Prevention Week?  It occurred to me, why not celebrate it?  According to Conroy, "Five million people [in the United States] now alive will die by suicide. Twenty-five million more are, or will become, suicide attempters. Suicide has been, or will be, seriously considered by more than 50 million people." [Out of the Nightmare, p. 280.]

But think about it.  In other words, 45,000,000 people now living in the United States are or will at some point be at risk of suicide, and yet their suicides will be prevented.  For the most part, by the people at risk, themselves.  We will keep asking for help until we find somebody who isn't too freaked out to give it to us.  We will take our problems apart, examine them one piece at a time, fix what can be fixed, and either learn to live with or leave behind what cannot be fixed.  We will interrupt a negative thought.  We will get a dog.  We will volunteer.  We will take our meds.  We will stop taking the meds that are making us worse.  We will find a therapist, join a group, speak out against ignorance.  Oh, it's a long list with more ideas here for how to reduce pain, increase resources and remove barriers between.

I propose one more item for the list. We will celebrate our success.  It has been some years since I went to my favorite sushi restaurant for what I thought would be the last time.  So I will go there this week to celebrate how many times I have gone there since and will again in the future. I will bake a cake for a friend to celebrate the number of times that she has prevented her potential suicide.  I will take another friend to coffee to celebrate the number of times that she checked herself into the hospital instead.

Anybody with me on this one? How will you celebrate?  And how will you give yourself cause to celebrate next year?
at September 11, 2009 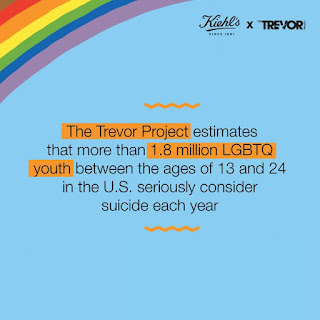