A few posts ago, John McManamy and I began a conversation about brain surgery to treat mental illness.  You can follow that thread at his blog.  The link will take you to November.  The comments under Me, Captain Ahab and the Anterior Cingulate Cortex are that conversation. 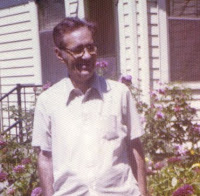 It seems that brain surgery for mental illness is the topic of the season.  Yesterday the New York Times published the story of Henry Molaison, who had surgery in 1953 to remove part of the medial temporal lobe, including most of his hippocampus.  1953 was four years after António Egas Moniz received the Nobel Prize for his lobotomy procedure, targeting the frontal lobes, and fourteen years after Moniz retired, when he was paralyzed by a former patient who shot him in the back.

The intented result of the surgery in 1953 was to relieve Mr. Molaison's seizures, which he had since childhood and were getting worse, so much so that at the age of 26, he consented to this experimental surgery.  And the surgery was in fact successful.  It relieved his seizures.

Now everybody who has ever quit a medication because of side effects, or had ECT, or did a good deed that went horribly wrong knows about unintended consequences. It soon became apparent that Mr. Molaison's short term memory was gone.  If you have seen the movie Fifty First Dates, it wasn't gone like Drew Barrymore's, who forgot every night what happened that day.  It was gone like the man in the hospital, who introduced himself to people he was having a conversation with, over and over and over.

In the letter to the Romans, chapter 8, Paul says that God makes something good come out of anything.  He doesn't say that the new good measures up to the previous bad.  But it's something.  In this case, one person's tragedy was science's incredible research opportunity.  From all the experiments subsequently conducted on Mr. Molaison, scientists learned a lot about how memories are constructed.  They learned first that the particular part of his brain that was removed is critical for the formation of memories.  Protect your brain!  They learned that there are different kinds of memory.  Mr. Molaison could no longer acquire new information, like where he put his keys.  But he still had his motor or implicit memory; he could still ride a bike.

Mr. Molaison donated his brain to science.  I am curious about the legal implications of consent for a person who has no short term memory.  How long would it take for the docs to describe their desire for the donation and for him to absorb the information and make a decision, one which presumably he would not remember the next day?  Is it informed consent if the next day, (not to mention 52 years later, before he lost his life to pulmonary complications), he would not remember his consent to be able to withdraw it?  Would the law school readers and human research subject reviewers weigh in here?  Let me add that with his memory intact but his seizures undiminished, Mr. Molaison might not have survived to the age of 82.

Anyway, continuing the one enormously good, though unintended consequence, right this very minute they are busy shaving off pieces of his frozen brain in coronal slices, and photographing each slice, to give the most detailed pictures in existence of the structures of the brain.  These slices are measured in microns.  They will get 2500 of them out of this most famous brain.

My spouse, who works for Nancy Andreasson, the researcher in schizophrenia, (Broken Brain) says that the brain images they have from MRI's measure a millimeter.  They get 196 slices (that's what they call them, but they are pictures, really) out of the coronal view.  The side view is pictured here.  Imagine slicing it like a loaf of bread.  Your face is the left end of the loaf.  When you put the slice flat on a plate, you are looking at the coronal view.

And actually, as I write, they began a break at 8:40 AM, California time, while they change the blade.  They have already passed the damaged part of Mr. Molaison's brain, and expect to finish sometime this evening.  These images will be studied for years, maybe decades.

Obviously, nobody is doing the procedure used on Mr. Molaison anymore.  I believe that they do experiment with a pacemaker-like device that gives a periodic electrical charge to the brains of people with epilepsy.  A similar technique is one of the experimental procedures used on the anterior cingulate cortexes of people with OCD, obsessive compulsive disorder, and people with depression.  The advantage of the pacemaker device, called deep brain stimulation (DBS) is that presumably it is reversible and can be removed if the unintended consequences are not so good.  The other psychosurgeries that involve actual cutting or burning are not reversible.

These experiments are conducted only on the people who are most desperate for relief.  Sometimes they get relief.  Often they get something else, as well.  When weighing the pros and cons, I suppose that one of the pros is , however it turns out, they will advance what we know about the brain.

Permission is granted to copy image under the terms

of the GNU Free Documentation License