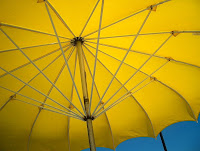 Last winter I did the blog piece on movies for surviving the family holiday scene.  With or without family issues, here come my picks for summer reading.  This is an all purpose list, for normals and the mentally interesting alike, and just for fun.   Books to take to the beach -- or the backyard, should the beach be out of reach.

The following is my opinion.  Strongly-held, but my opinion.  Feel free to have your own.  That's what comments are for.

I asked friends for their input in two categories: lovable loonies and alternate worlds -- fiction, unless they could make a very compelling case otherwise.  Now I have a new reading list, too.

We begin with lovable loonies.  My all-time number one favorite book, perfect for beach, book club, hospital bed, you name it, is Lamb: The Gospel According to Biff, Christ's Childhood Pal by Christopher Moore.  You know, there were other gospels that didn't make the original cut.  I don't think this one would have, either.  Nevertheless, it had me at this sentence: The first time I saw the man who would save the world, he was sitting near the central well in Nazareth with a lizard hanging out of his mouth.  It seems Joshua (Jesus) was entertaining his little brother, who kept smashing the lizard's head with a rock, whereupon the savior of the world would put it in his mouth, bring it back to life, and hand it back to his little brother.  Practice for later.  This gospel fills in the missing years of Jesus' life and explains the invention of cappuccino, judo and grace.  A loonier evangelist you could not find.  So that's number one.

Another Christopher Moore pick, though out of season, is The Stupidest Angel: A Heartwarming Tale of Christmas Terror.  It reintroduces a character from Lamb.  And boy, is he stupid.  The lovable loony is the sheriff's wife, a former actress who played a Xena-type warrior and never quite got out of character.  In a sub-plot and nod to O'Henry, she quits her meds to save up for her husband's Christmas present, while the sheriff plants an acre of pot.

Actually, the whole purpose of this blog piece is to get more people to read my second favorite book, Lucky Dog by Mark Barrowcliffe -- a talking dog named Reg who helps a helpless loser win at poker -- the helpless loser being the only one who can understand what Reg is saying, of course.  After first meeting him, Dave goes on meds.  So Reg gives Dave the silent treatment, because his feelings are hurt .  Notice the running theme, meds.  This is a Prozac Monologues list.  Eventually Dave misses Reg's conversation, quits his meds and figures out that Reg gives him an advantage at the gaming table.  It's all about smell.  You've got the mob, a rich old lady, a love interest, the world from a dog's point of smell and redemption.  What more could you want for summer reading?

A friend reminded me of Kurt Vonnegut -- whom I already started rereading a few months ago.  Vonnegut makes reference to his lovable loony, Eliot Rosewater in a couple of books.  Rosewater gets his own book in God Bless You, Mr. Rosewater.  Maybe he has a touch of psychosis (but only some of the time.)  Maybe he is a hopeless idealist.  Maybe he just needs to say no.  But he is indeed lovable and a volunteer fireman.  Bonus loony: Kilgore Trout.


Also in the lovable loony category is The Hitchhiker's Guide to the Universe by Douglas Adams.  Couldn't we all use a book with Don't Panic on the cover?  Hitchhiker's Guide is the first of a triology with five books.  I think the second volume, The Restaurant at the End of the Universe is where I learned that every planet in the universe has a drink called gin and tonic.  You make it differently on every planet.  But there you are.  You can get the perfect beverage to accompany your summer reading, assuming the ingredients don't mess with your meds, on any planet in the universe.

I haven't read The Eyre Affair by Jasper Fforde.  Yes, I spelled his name correctly.  Another friend, a bookophile who knows loony recommends it.  It is the first of Fforde's loony alternate reality series, starring Special Operative Thursday Next, a literary detective who is chasing down the evil Acheron Hades who has stolen... It's a Lost in Austen/Inkheart kind of alternate reality, blurring the boundaries between the world of normals and the many worlds of books.

Hitchhiker's Guide and The Eyre Affair are my segue into alternate worlds.  I was heartbroken when we got to the end of the Harry Potter series by J.K. Rowling and lost that annual Hogwarts fix with its witches and wizards, port keys, Marauder's Map and all the rest.  According to a Face Book quiz, if I were a Hogwarts teacher, I would be Remus Lupin.  I may reread all seven books in preparation for the last two movies.  And I am delighted that seven books became eight movies.

Another friend fave and mine, too, is The Wrinkle in Time series by Madeline L'Engle.  These are cross-over youth/adult sci-fi, but you don't have to be a sci-fi fan to appreciate them.  One summer vacation/road trip, my six-year-old listened to Wrinkle on tape.  Every time we stopped for lunch, he wanted to discuss it.  Every time he got to the end, he started again at the beginning, and I was happy to listen with him.  I wonder if this was the root of his vocation as a philosopher.  The misfits are the heroes who save the planet from IT, the force that wants to eliminate unhappiness by eliminating deviance in the universe.  (I suspect that IT really just wants to get rid of deviance.  The unhappiness thing is just part of the sales pitch.)  In the first volume Meg figures out, same and equal are NOT the same thing.  Bonus: it turns out that It was a dark and stormy night is a great way to start a book, after all.

Michael Chabon rewrites history in The Yiddish Policemen's Union.  Imagine that at the end of World War II, Jewish people went to Alaska instead of Israel.  Fifty years later, Alaska is about to revert to the United States.  Enter your basic hapless detective.  Combine a murder mystery, political intrigue, orthodox Jewish mobsters, chess and a red calf.  Shake vigorously.  Serve on the rocks.

Chabon provides another alternate world in a tale of two Jewish adventurerers, Gentlemen of the Road.  Set in 10th century Khazaria, two con men/bodyguards/swashbucklers star in a dime store novel with elegant prose, inadvertently fighting for justice and the rightful heir to the Khazarian throne.

Not all alternate worlds are fantastical.  Like Gentlemen of the Road, books set in real times and places can sweep you up so that you leave your own world and enter the author's.  The day my mother left her third husband, the good stepfather, separating hers and theirs from his, I postponed going crazy by moving to China via Pearl Buck's The Good Earth.  Never mind the 1931 copyright.  It won a Pulitzer Prize, and seventy years later, Oprah made it a Book Club pick.

Lately I have been living in nineteenth century England.  Jane Austen's biggest hit is Pride and Prejudice.  I haven't tried the graphic novel nor the sequels it inspired, including one with zombies.  You're on your own there.  Currently I am doing the Bronte sisters.  Emily Bronte wrote Wuthering Heights.  That link takes to you the edition that is easy to read in bed -- whatever that means.  Jane Eyre by Charlotte Bronte has inspired the same kind of take-offs as Pride and Prejudice.  All of them have been made into multiple movies and mini-series, if you want to extend your reading experience into other media.

Rounding out our alternate world category, Ellis Peters takes us to a Benedictine monastery in twelfth century England, in the midst of a civil war.  Cadfael is a second career monk, a crusader turned herbalist and forensic scientist detective. The series starts with A Morbid Taste for Bones and goes on for nineteen more volumes -- God bless Ellis Peters.  This series has also been filmed, with Derek Jacobi as Cadfael.

Douglas Adams and Hebrew poetry have both inspired me through the years.  I told you I had two categories.  So here is a third -- compelling nonfiction.  These two are on my own to read list:

The first is friend-recommended The Spirit Catches You and You Fall Down by Anne Fadiman. It is a tragic story of the clash between two cultures, that of the Hmong and that of Western medicine. The parents say Baby Lia Lee's soul is outside her body, captured by an evil spirit.  She needs a shaman.  The doctors say she has epilepsy.  She needs medication.  The doctors win.  The results are not good.  I haven't been reading biographies of people who live with mental illness lately.  But I might make an exception for this one.

So there are more than enough books to fill out my local library's summer reading club requirements.

What are you reading this summer?  Enjoy.