More on Sleep and Mental Illness

Last week's post on postpartum depression and sleep led me to a ring of articles about the link between sleep and mood.  So here we go again -- I have stumbled on another series!

My opening shot is piece my son and I used to watch from a Sesame Street bedtime video.  If it inspires you to go take a nap, that's fine by me.  You can read this post later.

Only, one line isn't correct.  It really doesn't matter, don't you know it's so.  'Cuz you sleep in so very many ways.

It does matter.  That guy yawning over his book might have pulled an all-nighter.  If he does that often, or stays up late, or changes shifts, he might be sleep-deprived.  Which puts him at risk for depression and suicidal thoughts.

Not to mention that goose egg.

The studies I will be citing refer to suicidality.  So let's start by defining that term.  Actually, the word is used loosely, refering to a range of behaviors, in some places as the intent or attempt to kill oneself, in other places as anything from occasional thoughts to attempts.  Any of which is unpleasant, much of which is terrifying.

Doctors used to think that only people who were depressed committed suicide.  If somebody with schizophrenia committed suicide, they concluded that the diagnosis had been in error, because people with schizophrenia don't commit suicide.  So the theory went.  Notwithstanding what you have been taught about people who call themselves scientists, even in science it is easier to change your facts than to change your mind.

The general public still tends to accept that idea, suicide=depression.  When somebody they know commits suicide, the assumption is that they missed the signs of depression.

The vast majority of those who commit suicide are depressed.  However, not necessarily so.  People who have other mental disorders, or are in chronic pain, or have been diagnosed with a terminal illness, or have suffered a failure or humiliation, or just too many things and finally one thing too many are all at risk.  As David Conroy explains, Suicide is not chosen; it happens when pain exceeds resources for coping with pain.  Whatever the pain.

Suicidality As The Tip Of The Iceberg 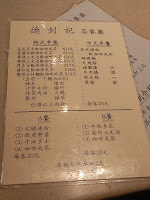 The Diagnostic and Statistical Manual of Mental Disorders (DSM -- psychiatry's bible) lists suicidal thoughts and behavior as just one symptom in their Chinese menu approach to depression -- one from column A, five from columns A and B.  You don't have to be suicidal to get the diagnosis.  But it is the symptom that really gets their attention.

If you have suicidal thoughts or behavior, then something is going on.  The odds are depression, but at least something.  And obviously, it's not fun.  So it is worth addressing, before it sinks your ship.

So here is a study that discovered, whatever else is going on in your life -- insomnia more than doubles your risk of suicidal thoughts, planning, action.

It doesn't matter whether you have depression, anxiety disorder or other mood disorders, or chronic medical conditions such as stroke, heart disease, lung disease and cancer.  It doesn't matter whether or not you are abusing drugs or alcohol.  Age, gender, and marital and financial status don't matter.  All of these are risk factors in themselves.  But whatever risk factors you may or may not have, insomnia more than doubles your risk of suicidal thoughts, planning and/or action.

Insomnia comes in three flavors in the medical world: trouble falling asleep, waking in the middle of the night, and waking too early in the morning.  The last has the greatest risk.

There are other studies that examine particular applications of the poor sleep/suicidality connection.  Here is one that examines what happens to young adults when they don't go to bed at the same time every night.

The Florida State University Laboratory for the Study of the Psychology and Neurobiology of Mood Disorders, Suicide, and Related Conditions discovered that actively suicidal undergraduates got an average of 6.3 hours of sleep a night -- way not enough sleep.  This we could anticipate.

Then they examined another factor, how much their bedtimes varied -- an average 2.8 hours.  For example, they might go to bed some nights at midnight, other nights at 3 AM.  So they sorted subjects by the second factor, how much bedtime varied.  Regardless of the severity of an individual's depression, the more variable the bedtime, the more suicidal the student became over the course of three weeks.

Varied bedtime also predicted the intensity of mood swings.  Which is significant, because suicide is associated with mania as well as with depression.  Both are indicators of poor cognitive function and poor impulse control.

Not to mention a bad report card.

So here is one more, this one on teenagers.  (Teen do not have the highest suicide rates.  But they do seem to get the most press and the most research dollars.)

The 10 o'clockers got an average of eight hours and ten minutes of sleep at night, compared to seven hours and thirty minutes for the midnight crowd.  Both were short of the nine hours that teenagers need, which would account for the general crankiness of most teenagers you know or are.

Oh, and that Nobody else's parents make them... argument?  More than half of parents enforce the 10 PM bedtime.  And 70% of teens comply.

I didn't find a study on the relationship of sleep and report cards.  But some scientists surmise from this and other studies that sleep deprivation may be the real reason for the United States' slip in global competitiveness.

The Good News About Sleep Deprivation and Suicidality

The good new is coming next -- implications for treatment of mood disorders and other causes of suicidal thoughts and behavior.

Now get off the computer and go to bed.