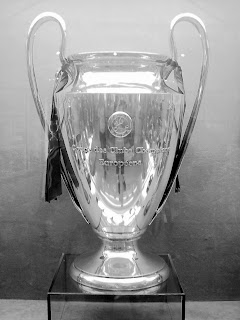 Best Of... Worst Of...  The turning of the year is time for evaluation and new direction.  So here is a long ago promised review and ***competition*** for 2010's Readers' Choice Best/Worst/Whatever OMG Award.

The OMGThat'sWhatTheySaid Award was invented when I began reading what scientists say about those of us who have a mental illness.  It expanded to include media contributions to idiocy, offensiveness and outrage exhibited in language about mental illnesses and the people who have them.  The OMG Award allows me to reframe idiocy, offensiveness and outrage into irony -- granting an award for what ought to receive lashes across the backside.

I intended this to be a monthly award.  But, whatever.  I keep going on a tear with some series and lose track. -- I think this blog is charting my major hypomanic cycles?  Many months go by awardless.  So here are not twelve, but just four contenders.  The titles are links to the entire original posts.

The doctor tells you to weigh your costs and benefits before you take a medication, because it is your body, your decision.  The prescribing sheet says the doctor already weighed them for you.  If you decide differently than the doctor, then you are noncompliant, you uncooperative mental case, you.

If we hang ourselves, or take pills, or jump off a bridge and yet we survive, then we have failed.  If we die, then we were successful.  Feel the love.

This one is more global.  I gave it to myself, and to any of us who are closeted mental cases, who think, quite accurately as a matter of fact, that if we acknowledge our mental illness, we will lose authority to talk about it.

I know, this one reaches back to the previous year.  But it is still tragically timely and I am still flummoxed by the good doctor, Paul Steinberg, who thinks that the President should not send letters of condolence to the families of soldiers who commit suicide in a war zone.  (Staff Sgt. David Senft is the most recently reported example.)  Steinberg's reasoning? -- It might take away the stigma of suicide.  And with less stigma, more soldiers with mental illnesses might kill themselves.

So those are the contenders for the 2010 OMG Award.  Vote in the comments.  Feel free to lobby your friends to pad the count.

If you are curious about earlier monthly awards, they include:

What they call us and what they call themselves determines the relationship.  The fact that they name the relationship means they have the power, regardless of the words they choose.  Provider/consumer is the new PC relationship, supposedly being more mutual than doctor/patient.  But I disagree.  It does not level the playing field.  It makes one active and the other passive.  What if we called ourselves customers?

This one was about a research study designed to find out if they could cause relapse in women whose depressive symptoms were in remission.  Again, feel the love.

Here is the post that inspired the OMG feature, in which I discover a textbook that describes suicide as one of the unfortunate complications of major depressive disorder.

I am always delighted to receive suggestions for new awards.  Let's say it together:

Thanks for reading Prozac Monologues.  Here's hoping I can keep it up in 2011.  You, too.


photo of trophy by Sebcaen and used under the GNU Free Documentation License.
image of whipping girl from La Grande Amie, in  public domain
flair from Facebook
at January 06, 2011