10 Items Or Less -- Shedding And Keeping

Archetypes For The Turning Of The Year 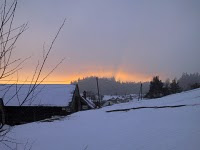 For some people, New Years Day means the Rose Bowl.  For others, black-eyed peas.  For my mother, that was the day we were required to organize our clothes drawers.

Where did that come from?  You got me.  But it must be an archetypal response to the turning of the year.  Right now advertising is crowded with sales on organizational supplies.  If you don't know how to organize your sock drawer, surely there is one of those Dummies book to tell you how.

I just looked it up on Amazon.com.  Sure enough, here it is. 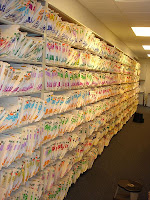 Responding, I suppose, to that archetypal imperative, I am currently recycling meeting agendas, staff reports, conference handouts and class notes, things I no longer need since I have become unemployed.

You know me.  Overboard is my middle name.  At 100.4 pounds and still shedding -- make that shredding now -- old checks with my social security number on them, I am well on the way to my goal for the week: to shed my weight in discarded paper.  I am not even counting paper clips and empty three ring binders.

The process is alternately liberating and anxiety-producing.  I dispose of old grudges, and then panic about what I might need after all.  I celebrate, and then I grieve.  I really did do a lot of good work.  And I left important things undone.

It is good that I refilled my prescriptions before I started this project.  Valium is my current best friend.

Diets Are Hazardous To Your Health

Yes, I know.  Having put the word diet in my blog, the mindless web crawlers will signal the advertising gods to place ads for weight loss programs on this page.  I do not endorse them.

But this is not a dieting blog, and you can go searching for a better way to eat somewhere else.

My cognitive therapist is big on distraction.  So I watch a lot of movies.  A lot.  Many are movies that did not exist until they jumped off the library shelf at me.  A recent example was 10 Items Or Less.  Filmed in just fifteen days, it was an exercise in shedding all by itself.  It stars Morgan Freeman and Paz Vela, with Rhea Perlman and Danny DeVito in a drive by cameo.  And I do mean drive by.  They were on the set for all of fifteen minutes, during which time they asked for and received a couple of Starbucks lattes.  Then the director told them their lines.  Then they said them.  They never got out of their car. 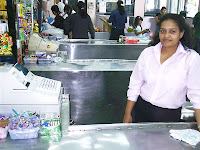 So at one point Morgan Freeman, playing an actor, asks Paz Vela, playing a grocery clerk, If you could keep just ten items or less in your life, what would they be?  After she names her list, he names his.  That's eleven.  You just have to push it, she says.  This is the theme of her life in the express checkout lane, people who want eleven items when the sign says ten.

Later they change the exercise, If you could get rid of ten items or less in your life, what would they be?

I just got home from a dinner party with dear friends and we played that game, 10 Items Or Less.  We never got to the items we would get rid of.  The ones we would keep had so many stories behind them that we had to leave before we could finish the keepers so the restaurant could turn the table.

The right ten items can make a person rich enough, not only for a dinner party, but for a lifetime.

We will get to that other list at the next dinner party.

Choose well.  You may not need wishes for the new year after all.  You may find you are already rich.