Gosh, We Could Use A Candle Down Here 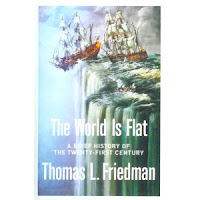 I wonder if the US has passed the tipping point.  For decades, a thriving middle class fueled the economy and supported our democracy.  In the Bush years we decided to pay for those two wars, um... later, so the super rich could get richer.  During the Obama administration we decided the tax cuts will stay; so the poor, the sick and the elderly will pay for those wars and the tax cuts.  Meanwhile, the middle has shifted.

From Vernellia R. Randall, Professor of Law, The University of Dayton:  [In the last two decades] the gap between the rich and poor in the United States grew at the same pace as the economic growth.  Statistics show that the richest 1 percent of the US citizens own 40 percent of the total property of the country, while 80 percent of US citizens own just 16 percent.

Since the 1990s, 40 percent of the increased wealth went into the pockets of the rich minority, while only 1 percent went to the poor majority.

From 1977 to 1999, the after-tax income of the richest 20 percent of American families increased by 43 percent, while that of the poorest 20 percent decreased 9 percent, allowing for inflation.  The actual income of those living on the lowest salaries was even less than 30 years ago.

Businessinsider.com tells the story in graphs for you visual learners.

And here is the way Warren Buffet tells it.

After the Jared Loughner shootings, Arizona talked a lot about the need for better services.  Then it cut $36 million from its mental health budget, or 37%.  Across the nation, the average cut is 8%.  Emergency rooms, jails and homeless shelters take up the slack.

There is a lot of slack. 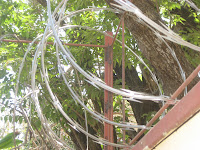 Home ownership, those 401K's we were supposed to use to replace pensions...  I won't linger here.  I just wonder if this income shift can be turned around.  Mostly I wonder what we will do in this new America, which will look more and more like other countries that have wealth gaps this large and the security budgets to protect the spread.  Mexico comes to mind.

What We Will Do

We were a decade into the beginning of the shift when in 1989, at his inauguration George H. W. Bush called for 1000 points of light, voluntary organizations across the country to address human need, the homeless, children, persons addicted to whatever substance (including welfare, he said), unwed mothers.

This was the Read my lips: No new taxes guy.  So there was a certain cynicism mixed with his compassion, a rich man calling on the virtues of those with less to take care of those with even less. 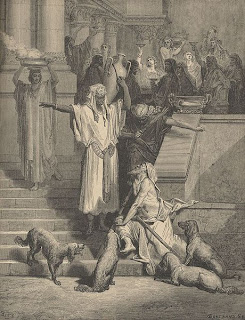 It sounds different when the poor themselves say it.  And, of course, Bush was referencing the poor man who said, You are the light of the world... let your light shine before others, so that they may see your good works and give glory to your Father in heaven. (NRSV)  The guy who said that said it to other poor people who were taxed into poverty to pay the salaries of the police state that was just looking for a reason...  In his case, they found one.

The philosophical debate, to what extent should the United States of America accept a common responsibility for the common welfare, is just that, a philosophical debate.  As a political debate, it is pretty much over.  We won't.    Them that's got shall get; them that's not shall lose.  And them that's got have got the government, the means to keep the government, and no intention whatsoever of paying for the benefits they receive from the government (infrastructure, security, subsidies, an educated - more or less - work force, international trade agreements, subsidies.) 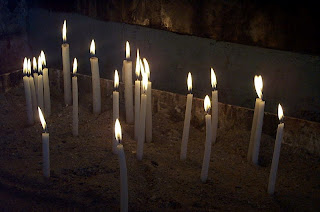 So we are back to those 1000 points of light, or rather, to You are the light of the world.  For what it's worth, the only light there is going to be.

This is candle in the wind time, folks.  But it's time to sign up.  Why?  Because it's getting dark down here, and you are the last flame.

Somebody has to do something, and it's just incredibly pathetic that it has to be us. -- Jerry Garcia.

But there it is.  Those of us who have lost our jobs, our pensions, our insurance, our health, or are bracing for the blow have to get it together and do it ourselves, have to organize, to feed the hungry, welcome the stranger, visit the sick and in prison -- whatever kind, compassionate, fair, sensible thing it is.

Next week, an example.


book jacket for The World is Flat by Thomas Friedman from amazon.com
photo of emergency room by Thierry Geoffroy and used under the Creative Commons Attribution-Share Alike 3.0 Unported license
print of Lazarus and the Rich Man be Print by Gustave Doré, 1891, in public domain
photo of candles by Nevit Dilmen,  Permission granted to copy under the terms of the GNU Free Documentation License
at August 14, 2011