NAMI Convention and the Persistence of DNA

The second of my NAMI Convention posts is about opening my heart to the other side.

Even if its origins were to be forgotten, a system does not escape the DNA of its founding.

But it is not forgotten.  NAMI began in 1979 when a mother in Wisconsin published a notice of a meeting at her house for the parents of children with difficulties.  She discovered she was not alone.  Her living room filled to overflowing by parents, desperately concerned for their children with schizophrenia.  Together they pushed back against the medical establishment that said it was their fault.  Together, they pressured for the research that revolutionized basic scientific paradigms of mental illness.  No, schizophrenia is not caused by schizophregenic families.  It is a disease of the brain. 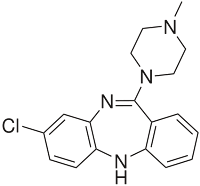 Then real treatment began.  Better understanding about the disease led to better medications.  People were able to leave those lost locked wards.  Yes, some live in the streets today.  But some live in sheltered homes.  And some live on their own.  I know people with schizophrenia who work, who are married, who have good lives.

NAMI was created by and for families.  Its signature program is Family to Family, and this year's convention celebrated its 20th anniversary.  The testimonials go on for days about the difference, the support, the education and hope this program has offered a quarter of a million people so far.

Family to Family is part of the DNA and enduring legacy of NAMI.

The Miracle Of Medicine

Nineteen companies and organizations supported the Convention at the Logo-on-the-program level.  Nine of them were pharmaceutical companies.

A regular feature of NAMI Conventions is the Ask-A-Doctor sessions, where people line up at the microphones and get little five minute consultations on how to tweak their current medications and what else to try. There is always something else to try.

Meanwhile, people who themselves have mental illness joined NAMI.  And this part of the history I can't tell you, because we aren't celebrating it yet.

Our part of the story is different.

Families talk about the miracles of medicine.  What they want to know is how to get their loved ones to take them.  People who have these brain diseases talk about how how the medicines aren't good enough.  And we want to know about Recovery.

Half of us have developed our brain disease by age 14 and 75% of us by age 25.  So we have to live with it a long time.  Granted, not as long as we might otherwise.  We die, on average, 25 years sooner than everybody else.  We have the same life span of the people of Bangladesh.  These numbers come from Dr. Thomas Insel, Director of the National Institute of Mental Health, who spoke at a special session the second night of the Convention.

We are not impressed by the Miracle of Medicine by trial and error.

So while some of us are still stuck in those Ask-A-Doctor lines, looking for a better miracle, the rest of us have gone to work on a concept called Recovery.

Recovery is the core concept of the NAMI program that didn't get mentioned at this year's convention -- Peer to Peer.  P2P is a ten week course on what to do after you have been discharged with a prescription and a follow-up appointment, what nobody told you about when they showed you the door, because frankly, they don't know about it.  Dr. Ken Duckworth, medical director of NAMI was asked about nutrition at the PTSD Ask-A-Doctor.  His response, Doctors don't learn anything about nutrition.  It's just too bad there was no Ask-A-Nutritionist session.  Because even if you have found the very best hammer in the world for your job, if you want to build a house, you will also need a screwdriver. 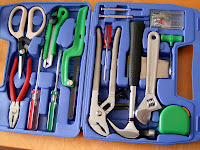 Recovery is about building the whole house, about living the best life possible under the circumstances.  It is about every paradigm, every treatment, every health practice and habit we can find that will improve our lot and add value to our lives, short as they may be.  It is about putting it all together and getting on with our lives.

I didn't hear about Recovery at the NAMI Convention.  Well, I wasn't everywhere.  I have the dvd with powerpoints and audio, and will be exploring and reporting on what I missed.  Rumor has it that the sessions on borderline discussed therapy.  Therapy would be one of the tools in the Recovery toolbox.

There were recovery tools in evidence at the convention.  I attended a drumming circle during lunch one day, drama during lunch another day.  There was an exercise class during lunch.  Yoga was offered during dinner, a poetry slam during the party.

So, yes, people living with mental illnesses are part of NAMI and were present at the convention.  But we are still at the kiddie table.

Parents With Adult Children With Schizophrenia

So there I was, at  the end of the Stars of Light Theatre Troupe's amazing performance, when the players were introducing themselves.  It was Saturday, the last day, and I was feeling irritated by the organization of the conference and its emphasis on pharmaceuticals, even while speakers recognized they don't work that well.  (I haven't even mentioned the previous night's major speaker slot given to the guy who has a book and a treatment plan for how to get people to take their meds.  That was offered and addressed to family members entirely, while the rest of us were invited to a movie... Now in an of itself, it raised some excellent issues -- but I am talking about a pattern here, a deeply encoded pattern.)

Evidently, this irritation of mine is because I have bipolar, and when people with bipolar experience something that doesn't seem right, we get irritated and complain because we have a sense of entitlement.  Duly noted.

Somebody asked if being in the troupe helped the players deal with their symptoms.  That would be a recovery-type question, and why I would not have thought to call this presentation part of the convention's entertainment.  And one woman answered, Not only do I have bipolar and borderline and some other things, my son also has bipolar with psychotic features.  I don't know where he is right now.  Without this group, I don't know how I could manage.

So I was flipping madly through my program looking for an empty space where I could write down her words, because I knew I needed to remember them.  I saw, and with this woman's words in my head the eyes of my heart were opened so that I saw, that half of Thursday morning's sessions had been given over to estate planning.

My wife and I are doing retirement planning right now, a little concerned about how we will manage to make that money last as long as we do.  We are not doing estate planning.  Because we don't need to.  Our son does not have schizophrenia.

Then a woman stood up in the audience and expressed her support of the first.  She said, I am not worried about my son this weekend.  Because I do know where he is.  He is in the hospital. I thought about my son.  I know where he is.  He is living with his most excellent wife, getting a PhD at a major university and doing the thing he loves best, teaching.  That's a Phi Beta Kappa cord around his neck in this picture, taken the day he graduated from college.

And these words, which I command thee this day, shall be upon thy heart. -- Deuteronomy 6:6.  The student asked the rabbi, Why on?  Why not in?  His answer, That way, when your heart breaks, it will fall in.

NAMI is about broken hearts.  The DNA of NAMI is mother love.  Does a mother forget her baby, or a woman the child within her womb?  Being a mother, I know there will be no forgetting, no changing what NAMI is about.

It will take time and tears, no small irritation, some shouting, experiments, mistakes and careful negotiation for people with mental illness to take our place at the grown-up table.  Somehow in that process, we will have to take care of our mothers.  Because they do not forget us.

It's just that, some of us do not have such parents.  And even the others grow up.