Robert Spitzer -- some people call him the Father of Modern Psychiatry.  In 1980 he took the DSM II, widely criticized for unreliability and lack of validity, and as editor of the DSM III, turned this obscure publication of the American Psychiatric Association into the standard reference work that defined every psychiatric disorder we've got.  It was research-based.  It listed objective criteria.  It was honkin' big, but it could be understood, not only by researchers, but also by practitioners.

Spitzer's acolyte, Allen Frances edited the DSM IV, which added a lot of information, but did not change Spitzer's basic framework for how these diseases are characterized.  Frances was a consultant for the DSM V, until he quit, basically because the new editors started to rethink things.  Frances now leads the charge against the DSM V, which has delayed its publication.  I won't develop that theme right now...

Robert Spitzer is the Man.


At nearly 80 earlier this month, with Parkinson's Disease, Robert Spitzer had something on his mind.  It was keeping him awake nights.  He finally got up at 4 AM, manned up, and wrote an apology.

Spitzer and the Gay Rights Movement 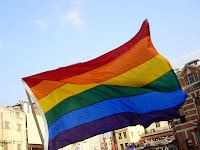 Okay, so back up.  In 1973, Spitzer was a hero to the gay rights movement, when he fought and defeated the Freudian beast, and removed homosexuality from The Book, then DSM II, where it had been coded 302.0 -- a sexual deviation.  Later, in its place in the DSM III, he put ego-dystonic homosexuality, which meant that somebody experienced homosexual arousal and was distressed by the fact.  No distress, no mental disorder.

By the 1986 revision, all that was left was a general Sexual Disorders Not Otherwise Specified, which meant that whatever your sexual issues were, you were uncomfortable about them.

Spitzer interviewed about 200 people who were attempting to change their sexual orientation, and wrote a paper noting that many said they were making progress.

His colleagues creamed him for it.  The research design, recruiting subjects from an organization that has an agenda to sell, telephone interviews that ask their customers to remember their former feelings as compared to current feelings, a cohort who had undergone a variety of therapies, or none at all, or read the Bible and prayed about it, stunk.  It just stunk.  And -- this little tip saves a lot of time when you are reading research -- if the design stinks, you don't need to read the rest. 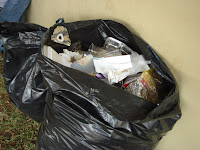 As they say in computerese, Garbage In, Garbage Out.

But this was Bob Spitzer, Father of Modern Psychiatry.  So he called up a buddy, Kenneth J. Zucker, who also knew that it stunk, and asked him to publish it anyway.  It would not be submitted to peer review, as research articles are supposed to be.  Zucker agreed only if he could publish critiques at the same time.  But who knew the names of these people who wrote the critiques?  Well, psychiatrists did.  But the only thing the general public had to go on was the name they knew, Robert Spitzer, Father of Modern Psychiatry, editor of The Book.

Through the years, Spitzer defended his study, clarifying what it said and didn't say, trying to separate his name from a therapy he did not endorse.  (He never said homosexuality was a choice.) 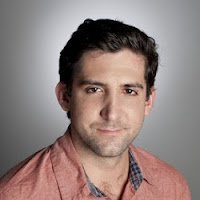 This year he met a journalist come to interview him about the study that made no sense.  But first, over lunch, Spitzer interviewed the journalist.  Gabriel Arana had himself experienced reparative therapy, had tried to change, spent years in self-loathing, thinking there was something wrong with him that he could not fix.

Here was a face, a person sitting across the table at lunch, who had been harmed by Spitzer's use of his reputation to get publication of a shoddy piece of work.

Here is a snippet of the interview between Robert Spitzer and NPR's Neal Conan:


CONAN: Why did you change your mind?
SPITZER: I changed my mind because I had been bothered for several years about it, and then when I was visited by Gabriel, who I gather you're having on the program...
CONAN: Gabriel Arana, who's going to be with us a bit later.
SPITZER: Right, and he described what it was like to be in therapy when he really didn't get any benefit from it at all, and he asked me about my concerns with the study, and I just realized that I had to make - explain to people why I think I made a big mistake.
CONAN: A mistake that's had some important consequences.
SPITZER: Well, I guess so. And that's why I wrote an apology both to the gay community and to individual gays who may have been wasting their time in this kind of therapy because they thought I had proven that it was valuable and useful.
And here is the audio of the whole program, about four minutes of Spitzer, the rest with Benedict Carey of the New York Times and callers:


So that's the news from the New York Times, National Public Radio and Prozac Monologues.

There are a lot of loose threads in this story, places where perhaps you wish I had ventured, but I chose not...  You might wonder how I would write about the spiritual aspects of the hot buttons.

I do want to write about spirituality.  But my spiritual topic for the time being is apology, what it means, what it means in the relationship between doctor and patient, therapist and client.  I will be writing more about that.

screenshot from youtube video of Spitzer, interview in 2004
photo of Bible be Walter J. Pilsak, permission  to copy under the terms of the GNU Free Documentation License
photo of flying rainbow flag by Theodoranian, used under Creative Commons license.
photo of trash bag by Yuyudevil, in public domain
photo of Gabriel Arana from plus.google.com
at May 31, 2012