So Robert Spitzer's Apology struck a nerve: apologies made or received, or not.  More like, Robert Spitzer's apology stuck a fork into a 220 volt socket, the nerve labeled Apology in the Clinical Setting, Or Not.

I have long been curious about this issue.  Fork in the 220 volt socket kind of curious.  I watched with wonderment as a therapist handled my complaint, which was, to me, about a life-threatening experience, steering the conversation away, time and again, from what I thought was the simplest, most natural direction, I'm sorry.

Now, I trusted this person.  Her avoidance of those words, her downright circumlocutions confused me.  My brain has long practice in making sense of the nonsensical behavior of people I trust.  So I decided there must be a rule, a therapy rule, that says a therapist shouldn't apologize, because it diverts attention from the real issue, which is about the client's mother, and not about the therapist at all.  Or something like that.

I listened in vain for a word, any word at all from my psychiatrist, when I reported that I discontinued my med on my own after she didn't answer days worth of messages.  When I later added that her silence disrupted my trust in her and damaged our relationship, she said, I don't do relationships.  I treat psychological problems with pharmacology.

Well, okay.  That, at least, clarified things.  I knew what to expect.  No apology was forthcoming, because apology is a construct within a relationship. 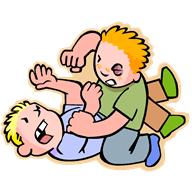 As any squabbling sibling knows, there are apologies and then there are apologies.  Mother pulls the two of you apart and does whatever your mother does, holds you by the ear while you fume at each other, or sends you to your room, or a corner, or withholds food, until one sib begrudges the word, Sorry, and the other responds in kind.

Here let me remind you that I am a priest.  I am a professional.  So I know about these things.  Apology is a ritual, which means that it has a form and a vocabulary.  Its intent, as with all rituals, is to arrange relationships, between persons, persons and institutions, persons and the powers and principalities of the universe. 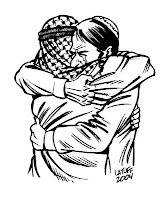 As with all rituals, an apology can be a waving of arms and wagging of  tongue.  Or it can wield the power to heal disturbances in the Force.  Or something in between.

The ritual of Mother holding two squabbling siblings apart and waiting for mutual apologies does not usually yield sincerity.  But it does allow deescalation, time for feedback mechanisms in the HPA axis to slow heart rate, relax muscles, return to steady, albeit disgruntled state.  Then the frontal cortex can step to the plate, consider the consequences of continued hostilities, and make a reasoned choice.  In the long run, it is a ritual that builds sibling bonds, expectations of civil society and character.  Powerful, indeed.

Elements Of A Proper Apology

So these are the verbal elements of a proper apology:
And if it's personal, Please forgive me.

Note what it doesn't say:
Those are matters for negotiation.  A proper apology, in fact, often avoids the consequences that come from failure to apologize.

BTW, These Are Not Proper Apologies

Why Are Apologies Important?

Because relationships are important.  In the clinical setting, that's the most powerful thing you've got.

You think therapeutic technique matters?  SAMHSA's National Registry of Evidence-based Programs and Practices has compiled meta-analyses that confirm what Carl Rogers demonstrated decades ago, that the quality of the relationship matters just as much.  The therapist can make mistakes.  In fact, when the patient feels misunderstood, gets angry or withdraws, these ruptures in the relationship, if repaired, which includes the therapist acknowledging his/her part in the rupture, can even improve outcomes.

When somebody gets hurt, the relationship depends on the question, Does the person who hurt me care?  The stakes are higher in the clinical setting, because the patient is already vulnerable.


So patients don't know, and want to know,

Am I entitled to be treated well?

If I am not treated well, am I entitled to an apology? 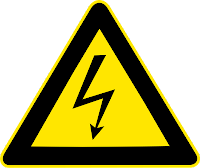 That is all the voltage I can handle this week.  Clearly we need to deconstruct that word entitled.