Why the Poor Give More

The article that inspired this post is titled Why the Rich Don't Give to Charity.  But I figure, language has power, and why reinforce behavior that I would rather see changed?

Before you go off in a huff, let me tip my hand -- I acknowledge and will discuss both the exceptions and free will.

The short answer to any of these questions, why the poor give more, why the rich don't give, and why some rich do is -- mirror neurons.  Three weeks ago I reported on these in Mirror Neurons - They Change Everything, along with a youtube featuring V.S. Ramachandran.  Here is the promised expansion on the theme.


Stern doesn't mention mirror neurons.  Instead, he references research done by Paul Piff, a doctoral candidate in social and personality psychology at UCBerkeley.  Piff measured behaviors such as whether a car cuts off another vehicle in traffic, or whether it stops for a woman pushing a baby stroller in a cross walk.  Results -- controlling for time of day, traffic conditions, gender, all that, he discovered: the more expensive the car, the more likely the driver would fail to yield as the law requires.

Candy From a Baby 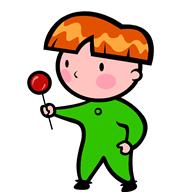 Piff did seven of these experiments.  The traffic ones were in what is called a naturalistic setting.  He was counting real behaviors in the real world, while he and his colleagues were hiding in the bushes with their clipboards.  Others were laboratory experiments.  In one, the subjects were told that a jar of candies was intended for children in the next room.  But after they finished filling out a questionnaire, they could take some, if they wished.  The higher the social class, the more candies the subject took from the children.  I mean -- really.

Self-reporting assessments confirmed the theme: the higher the economic class, the more likely the subjects were willing to lie during negotiations, cheat in games and engage in various unethical behaviors to pursue their own interests.

Piff, being a social psychologist, ascribes his remarkably consistent findings to factors like social conditioning, parenting styles, the access of rich children to education in economics that encourage pursuit of self-interest and self-differentiation.

Myself, I try to avoid the personality stuff, which is generally squishy and can devolve into name-calling -- though today I will not let my flight of ideas veer me off into a discussion of the personality disorder section of the DSM.  If you want to read lots more about how and why the rich are different from the poor, try Social Class, Solipsism and Contextualism by Krauss and Piff. 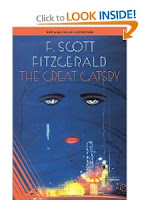 Hemingway's answer was the simplest.  When Fitzgerald said, The rich are different from the rest of us, Hemingway responded, Yes, they have more money.  Just show me the money.

In support of Hemingway's thesis, Piff's follow-up work revealed that when he showed a sympathy-evoking film on childhood poverty to the richer classes, their greed scores declined and they became more willing to play well with others.

So what's up with that?  It's those mirror neurons at work.  And you wondered when I would get back to them.

What happens on the neurobiological level is this:  As Ramachandran explains, 20% of the neurons in our frontal cortex are for imitation.  When we see somebody doing or feeling something, our mirror neurons fire, imitating that action or emotion.  When we recognize the emotion, that is empathy.

So the deal with this growing money gap in the United States is, we are more and more segregated.  Rich people who live in rich neighborhoods, drive their BMWs to their offices in tony parts of town, send their children to pricy private schools and recreate at their private clubs need never come into contact with poor people, or even the middle class, such of us as still exist.  Those of us riding in the cattle class on airplanes are not even allowed to use their restrooms.

Result -- their mirror neurons are never stimulated.  They never fire.  No empathy.  No sharing.

Of course there are exceptions.  Rich people do give to charity.  Mirror neurons explain that, too, and how to strengthen the will to do it, how to cultivate empathy, compassion, generosity, cooperation even in those who were raised to think all those things are bad words.


image of Scrooge McDuck used under fair use doctrine
clipart from Microsoft.com
book jacket of The Great Gatsby from Amazon.com
photo of first class seat on Singapore Airlines by Dan Nevill, used under Creative Commons license
at April 18, 2013