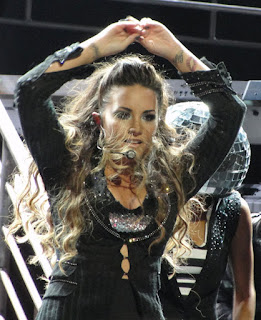 1. Kindling:  Both substance abuse and bipolar tend to get worse over time.  Neurons are sensitized by each experience, and push to repeat the stimulus.  The theory is that an underlying genetic disposition to an overactive sensitization process promotes both.

2. Genetics:  Both conditions have a genetic predisposition.  People with substance abuse are more likely to have family members with bipolar than the general population, and the other way round.  So there may be other gene variants, as well, that predispose for both at the same time.

3. Self-medicating:  While mania is the bipolar feature that gets turned into movies, depression is our much more common experience.  And there are scant options to treat it.  Mood stabilizers work better to control the manic side of the picture.  Lamotrigine has some antidepressant effect, and lithium reduces the risk of suicide.  But for the most part, the go-to treatment for bipolar depression is not to get it, to avoid mania, since depression follows mania.  But as time goes by, depression comes on its own with no identifiable trigger.  The brain just gets used to it and keeps going back.  People with bipolar spend a whole lot of time feeling like gum on the bottom of a shoe.  Self-medicating is a way of getting relief.  Not a good way long-term -- it generally makes the problem worse.  But desperate people take desperate measures.

The follow-up stories suggest the third.  She has been depressed, anxious, pushing people away.

If your story, or that of someone you love, includes both conditions, know that both have to be treated.  You can't get better from one without treating the other.

That's what I wish I were hearing in the coverage of this tragedy.  There is more to this than addiction.  You have to treat both. 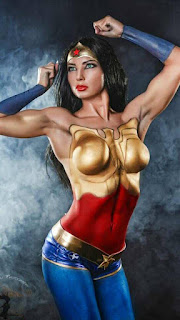 Bipolar is a remitting, recurring condition, a bitch to live with, and carries a suicide rate of 15%, which is why I wondered when I heard the story.

So what has Demi Lovato done with the cards she has been dealt? -- The best she could.

If I'm going to be a singer, I have to use my voice for more than singing.

And she has.  She has used her celebrity to get access to Capital Hill to advocate for a greater priority on mental health.  She has participated in awareness campaigns.  She has been open with her fans and offered counseling at her concerts.

Well, that's what she has done for us.  She has also done the whole treatment, therapy, medication thing.  I refer back to that Bipolar is a remitting, recurring condition, a bitch to live with... line.  Doing the best you can do does not always prevent recurrence.  That goes for both bipolar and substance abuse.

She'll be back.  She'll tell her own story.

Meanwhile, we thank Demi for the work she is doing on all our behalf.  We are praying and rooting for her recovery.