In Priests, Providers, and Protectors: The Three Faces of  the Physician, Ron Pies proposes a third way to view physicians, not exalting them to the grandiose position of Priest nor demoting them to mere Provider. In the role I call the Protector, the physician's chief obligation is that of  the safeguarding of the patient's physical, emotional, and spiritual well being.

This is a role that acknowledges the patient's autonomy, while recognizing the physician's expertise and the ethical imperative to use that expertise to express foundational principles of the medical field: beneficence, nonmaleficense, and justice. Do good, don't do harm, and I'm not sure what he means by justice, though I have some ideas. The examples below are mine, not his.

Protector falls on the ear a tad pretentious. Alas, us literary types on occasion choose alliteration over precision. A trip to the thesaurus gave me the word Defender. Either word reminds us that patients need physicians. We need their expertise and their access to the tools of modern medicine, because we don't know what they know, and we cannot write our own prescriptions nor do our own surgeries.

We also need their attention, dedication, and good will. Their knowledge and access give them power over. There is no getting around that. So we need them to exercise that power with beneficence and nonmaleficence. This is a fiduciary responsibility, a trust relationship. In our ever more contractual culture, the notion of an obligation to be trustworthy is a throwback, intentionally so on Pies' part.

Physicians' fiduciary responsibility puts constraints on their power over. It limits the provider role. There are things that physicians are ethically constrained from providing, for example, addictive substances to addicts and, some say, the means to those who want to die.

What about justice, which Pies calls one of the foundational principles of the medical field? Those in power want to be the arbiters of what justice is, though they are poorly positioned to recognize their own violations of it. When medicine for profit came to be (really, profit, not universal health care, is the novel concept), the power of modern day physicians slipped. In this brave new world of health care as an industry, physicians have another role, that of employee, preferably non-unionized, from the industry's perspective.

As the health care industry devolves into a hostage situation, with the mounting deaths of people with type 1 diabetes as just one indicator, many physicians have taken up the cause of single payer health care, particularly psychiatrists whose patients have least access to employment and health insurance, and are least able to advocate for themselves politically. 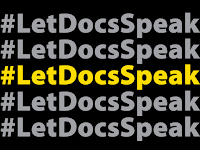 Physicians find themselves having to weigh in when a law would controvert professional ethics and permit them to refuse care to certain groups for "religious reasons." Another incursion of government into medicine contradicts physicians' ethics by restricting the medical information they can give to patients. These are but two examples where physicians have stepped up in the political arena to protect patients' physical, emotional, and spiritual well-being.

Pies, the ethicist calls his colleagues to their calling with its ancient responsibilities. He represents a movement that I think of as "reweaving the web," a counterrevolution against utilitarianism. Maybe profit isn't the bottom line, after all. Maybe humanity is. Best wishes to my friend who takes up this cause.

Previous posts in this series: