What Happened When Meghan Markle Asked for Help? 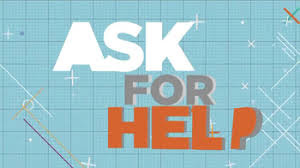 Ask for help. That is the suicide prevention message. When you are in trouble, ask for help.

And I am not going to suggest otherwise. That's about the only way you will get help. The pain that you are in, the scary thoughts that you are having, there is a way out that is a way through, that leaves you alive on the other side. The way begins when you tell somebody, when you ask for help.

That, alas, is not the end of the story. This week we watched as a princess, a celebrity, somebody who lived in a multimillion dollar house in a multibillionaire family told her story of what happened when she asked for help.

They told her, No.

First there are the barriers to asking for help at all.

Shame. All kinds of shame.

Shame for falling down on the job. Shame for not pulling oneself together. Shame for letting whatever it is get to you. In her case it was racism and bullying that got to her.

Note: being a princess did not protect Meghan Markle from racism and bullying.

Under it all, shame for having that terrible, terrible thought to kill oneself.

She overcame that pain. She said, If I didn't say it, I would do it. It. So much shame that years later, she still couldn't say the word. She called it -- It. 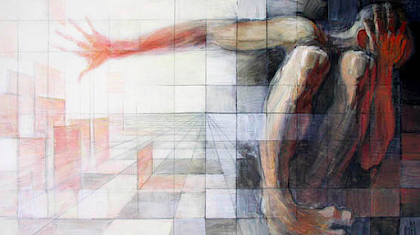 Then the person she asked, her husband, ran into the same barrier, shame.

Next come the barriers once you do ask. And boy, there are barriers.

Family resistance. She persisted. She moved up the chain in the family to ask to be hospitalized. But that didn't happen because it would make the family look bad.

Financial resources, the ability to pay for the care. In her case, the resources were there, or could have been. They were withheld from her.

Lack of cultural competence. Providers who know how to provide care for people of other races, genders, or classes are not so common. Providers who are the same race, gender, or class are even less common, unless you happen to be white, cis, female, college-educated, and live in an urban area.

Lack of suicide competent providers. Some doctors and psychotherapists can fail to provide the most basic care, which is to ask the question.

Stacey Freedenthal addressed this issue in a New York Times article this week, writing, Professionals with decades of experience have told me they don’t dare ask a client with depression or other major risk factors if they’re thinking of suicide.

More than one therapist has told me something like, “I don’t want to give them the idea” or, “If they’re thinking of suicide, they’ll tell me.”

No. See above. We don't tell you because we are ashamed to tell you. But if you ask the question, and if you look in our eyes when you do, instead hiding your discomfort in the paper with the box you are so eager to check, our eyes just might say what our mouths cannot.

Freedenthal adds, The tragedy of the silence around suicide isn’t only that people suffer alone. It’s also that they rarely hear the stories of those who have been suicidal and survived. Research indicates that almost half of people say they know someone who died by suicide. Though this hasn’t been studied, far more people likely know someone who has recovered from suicidal thoughts, since roughly 240 times more people consider suicide in a given year than die by it.

See, it might not be so terrible if you ask the question. Something good can come out of this horrible, scary, shameful thing. The princess did survive. I survived. Millions of us survive.

And by the way, you can meet a whole lot of them at LiveThroughThis.org.

If you see somebody you think might be having a heart attack, you don't say, Ask for help. You get help.

If you genuinely care about suicide prevention, don't put any more barriers between people who are in our darkest, weakest state and help. Get us help.

And then break down those barriers yourself.

And by the way I do not mean to call 911 or the police. That's another reason we don't ask for help. Fear. Well-grounded, realistic fear.

In many communities, a 911 call for a mental illness crisis is an invitation to a trip to the hospital while handcuffed, followed by involuntary incarceration, loss of clothes, loss of job, exposure to mountains of trauma, and a devastating medical bill. It ought to be different. But many times, that is exactly what happens. Sometimes the person you intend to help ends up dead, especially if that person is black.

Here are some better ways to help, also from Stacey Freedenthal:

10 Things to Say to a Suicidal Person

10 Things NOT to Say to a Suicidal Person

But if you are thinking of hurting yourself or ending your life, don't hold your breath. Don't wait for somebody else to notice. Don't make it some kind of test.

We can make it. We can make it to a life worth living, even if we aren't a princess. It turns out being a princess is not such a great lifestyle, after all.

Ask For Help banner from the Trevor Project

Ask the Question from Colorado.edu