Resisting COVID Depression, One Song at a Time

Who knew COVID would last this long? Did you, like me, feel a bit of hope last spring? We had the tools; we got the jab; the numbers started falling. 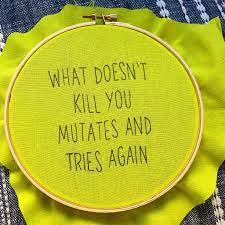 Now? Children are thrown into a virus laden cauldron while state legislatures pass laws prohibiting measures that would reduce the spread of a pandemic. Nurses are dropping like flies. A guy died in an emergency waiting room this week because there was no room for him in ICU.

And people with a high school diploma and an internet connection know better than the medical community. Instead of heeding the pleas of their doctors, they are taking horse-deworming medicine. Our local feed store has run out of it.

So, it looks like this thing is going to be with us for a while.

Okay, it's time for those of us with treatment-resistant depression, unresponsive bipolar, and longterm suicidality to step up to the plate. We have a bit of experience about surviving lunacy that does not let up.

How to resist the forces that are dragging us down into a black hole with no end in sight? After we have given up hope as a liar and we have to figure out how to exist anyway?

The answer: Do every tiny little thing that offers the tiniest littlest bit of relief you can.

Hear me out. This week's tiny little thing, which actually is a tested and successful tool of resistance is - SING.

That's what I said. Sing.

In 2013 I reported on research about the physiological and social action benefits of singing. Here is an abbreviated version of that original post:

Hearts Beat as One 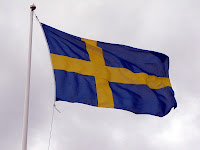 The list of investigators is impressive of itself, as an example of cooperation. Researchers from the Center for Brain Repair and Rehabilitation, the Department of Philosophy, Linguistics and Theory of Science, Department of Clinical Physiology, Department of Cultural Sciences, Department of Anesthesiology and Intensive Care, Mathematical Sciences, a musician, a cantor, all from the University of Gothenburg, Gothenburg Sweden, and a random Australian for good measure put clips connected to a computer on the ears of choir members. Then they had the subjects 1) hum while breathing as needed, 2) sing a hymn with unguided breathing, and 3) sing a slow mantra, breathing only between phrases.  Meanwhile, they collected data on heart rate, respiration, skin conductance and finger temperature.

The Physiology of Community

Unison singing of regular song structures makes the hearts of singers accelerate and decelerate simultaneously. In other words, within a couple measures, their hearts beat as one. The mechanism of entrainment is the breath, regulating heart rate through the vagus nerve. Structured songs, especially those with short phrases (mantras) enforce a patterned breathing, which entrains the heart rate of each singer and corporately, their hearts together.


Choir singing coordinates the neurophysiological activity for timing, motor production of words and melody, respiration and HRV [Heart Rate Variability]. It has been proposed that joint action leads to joint perspectives (Vickhoff, 2008) and joint intentions (Pacherie, 2011). In this context it is interesting to note that synchrony rituals benefit cooperation (Wiltermuth and Heath, 2009; David-Barrett and Dunbar, 2012). In other words, singers may change their egocentric perspective of the world to a we-perspective which causes them to perceive the world from the same point of view (of for example religion, politics or football team) and thus defining who we are.

This story was widely reported in the US press. Here is one example from CNN, emphasizing the sense of bonding and common perspective created by group singing. NPR went in the direction of common spirituality and cooperative spirit in the classroom.

Singing in the Streets

The researchers themselves took it another step. When hearts beat as one, calming energy spreads through a group in an unthreatened atmosphere. At the same time, upbeat, energetic singing is rousing. When the calming effects combine with rousing motivation, you create the conditions for social engagement.
Here is an example of this calming/rousing effect that creates corporate action. We Shall Overcome has been used across the globe as a call to solidarity and courage in the face of oppression. They were singing it in Tiananmen Square in 1989. They are singing it today.

Pulling together the recent threads, it occurs to me that singing could be a tool for stigma-busting. But I mean stigma as I use it, the internalization of somebody else's prejudice. Stigma produces isolation. Whatever we fear from the other guy as the consequence of self-disclosure, the other guy never has to lift a finger. We retreat on our own, make no demands, not even reasonable requests. We silence ourselves as effectively as any law that makes protest on government property illegal.

As Loony Luna explained to Harry Potter, That's what the Dark Lord wants. If we think we are alone, we are less a threat.

We Are Not Afraid Today

So how about we form Loony Choirs?  Calmed by regular breathing, supported by synchronous heart beats, roused by energetic singing, we shall stand by each other and act together. When we lobby our state legislatures, when we sit-in to prevent the closings of mental health centers, when we picket prisons for their policies of solitary confinement, let's stop combing our hair, popping our Xanax, trying to pass as normal.

Applying it to COVID, what we are resisting here is the inexorable lure of despair, just giving up, and death.
Okay, one problem here. Singing in large groups is not safe in the presence of a virus spread by aerosol. Not a perfect solution. But still a piece of it.
Find your jam. CD, Spotify, Youtube - find your jam. Turn it up. Join along.

It won't cure COVID depression. But it will help you hold on just a bit. And that may get you to the next day.
Keep your stick on the ice. We are still all in this together. At least some of us are.
photo of flag of Sweden in public domain