Suicide is not a choice

The way people talk, you'd think we sit down and make a list, pros and cons of suicide. Then based on our calculations, we make some kind of decision. She chose to end her life. Or, How could he have been so selfish.

This is called the volitional theory of suicide, suicide as an act of will. The suicide prevention approach that addresses it is to weigh in on that list of pros and cons, like Jennifer Michael Hecht's book, Stay.

You know -- Suicide is a permanent solution to a temporary problem. Or, Think of what you'll miss out on. Or, whatever. In other words, how dumb or short-sighted or irresponsible or selfish you must be to decide to kill yourself.

Here's the most recent "suicide prevention" message I have seen that makes me want to weep:
Yeah, guilt. More guilt. That's the ticket to help somebody in pain--pile on more.
Edwin Schneidman, father of suicide prevention, subscribes to the volitional theory of suicide, that it is an act of will. But the suicide hotline movement that he started does not use it.
Schneidman recognized that persuasion, trying to talk somebody out of suicide, does not work. Rather, The most effective way to reduce elevated lethality is by doing so indirectly... Reduce the person's anguish, tension, and pain and his level of lethality will concomitantly come down, for it is the elevated perturbation that fuels the elevated lethality.

Suicide happens when pain exceeds resources for coping with pain There is another way of looking at suicide, the non-volitional theory espoused by David Conroy. At some point every weight lifter drops the weight. Maybe it's a really strong weight lifter who can lift a lot of weight. And let me tell you, people who struggle with suicidal ideation are a lot stronger than they get credit for.
Or maybe not. Maybe the suicidal person for whatever reason is more fragile and can't carry a lot of weight. But just like death from cancer, at some point the burden of the illness is more than that person can carry. The lifter collapses. The weight drops.

A real strategy of suicide prevention proceeds naturally from the non-volitional theory of suicide. In Schneidman's own words, The most effective way to reduce elevated lethality is by doing so indirectly... Reduce the person's anguish, tension, and pain and his level of lethality will concomitantly come down...

In other words, to prevent suicide, reduce pain and/or increase resources. It turns out:

You can help prevent suicide

You can mentor a young person. You can look a homeless person in the eye. You can call a friend you know is ill. You can share a pot of soup. You can volunteer at Habitat for Humanity. You can pay a living wage. You can vote for health care for all...
It's a long list, not only acts of kindness but also anything that addresses the structural inequalities and oppression that press down on fragile and even not so fragile persons.
You can help mend the world. Judaism calls this work tikkun olam. That is how you prevent suicide.

You can do anything on any day to reduce pain and to increase resources to help heal this tattered world. 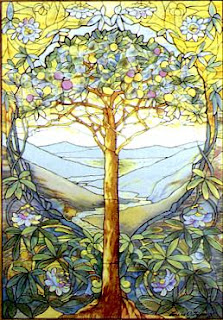 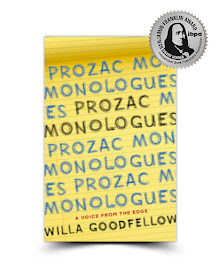 This post originally came from questions my publicist has asked me to answer. I was struck that three of her questions related to misconceptions about mental illness, the first about antidepressants, the next about therapy, the third, prompting today's post on suicide. Her questions have focussed for me my mission of which the book, Prozac Monologues, is a piece. Google lists that mission as information, provocation, entertainment, and an occasional rant. As more people become aware of the book, I get more feedback about how it addresses a widespread need for all of the above. I am grateful to my readers. I also feel a responsibility to you.