Should Every Primary Care Patient Be Screened for Depression?

Depression affects about one person in five across their lifetimes. It is a significant source of disability, loss of productivity, and impaired relationships, and a major risk factor for suicide. A study from the 1990s revealed that, in the absence of routine screening, primary care providers at an HMO in Washington state missed the diagnosis in approximately 35% of patients who had depression.
It seems common sense, doesn't it, that routine screening for depression would improve care by better diagnosis and follow-up treatment?

Actually, no. Despite more widespread practice of routine screening in primary care settings in the US in recent years, and despite subsequent increase in the use of antidepressants, the benefits have yet to show up.

Spoiler alert: Here is where I end up: In the case of mild depression, the risks of being diagnosed seem to outweigh the benefits. Routine screening which uncovers mild depression exposes patients to unnecessary risk. My reasoning follows below.

A report prepared for the US Department for Health and Human Services by the Oregon Evidence-based Practice Center and Kaiser Permanente Center for Health Research evaluated the outcomes of routine screening for depression. It found:

Current mental health screening rates may be as high as 74 percent in primary care, according to Healthy People 2010 midcourse review, although these estimates aren’t specific for depression screening. Once a primary care provider has identified a patient as depressed, almost 90 percent of providers recommend antidepressants, either alone or in combination with psychotherapy. Only 25 percent of patients receive follow-up visits meeting Healthcare Effectiveness Data and Information Set Screening for Depression in Adults 4 (HEDIS) criteria of three visits within the first 12 weeks, and among those patients who initiate antidepressant use, however, up to 40 to 67 percent discontinue use within 3 months in real-world settings.

Why is there no benefit shown for routine depression screening?

First, there is some evidence that if the practice has a team providing care to the patient, instead of the single physician who writes a script, outcomes improve. But this approach is not available and not used rigorously enough to move the dial on outcomes.

Second, screening picks up milder cases of depression that the physician may not have noticed or the patient may not have reported. Antidepressants, the primary intervention prescribed (90% of the time!?) are not particularly effective in cases of mild depression.

Third, mild depression left untreated improves at about the same rate as if it were treated over the course of a year.

Is routine screening for depression harmful?

Theoretical harms include any stigma or distress associated with labeling, false positives, and identifying many more cases of mild, potentially transient depression. This could increase the risk of overuse of antidepressants and create unnecessary patient costs and potential side effects, as well as unnecessary societal or health system costs. Because effective screening would likely increase the number of depressed patients using antidepressants, the probability of serious adverse events associated with antidepressant use should also be weighed carefully against their potential benefits.

The report does make mention of some specific harms for which there is evidence, the higher risk of suicide among person under the age of 30 using antidepressants and upper gastrointestinal bleeding among those over 65 using SSRIs.

Antidepressants are not M&Ms. Researchers and clinicians never seem much concerned with other side effects like loss of sexual functioning, insomnia, weight gain, agitation, diarrhea--suffering that may not be life threatening but are still very real. These risks may outweigh the benefit of medicating a condition that will go away with no treatment at all.

What is missing from this report?

Bipolar. Bipolar disorder is missing from this report.

A third time I draw your attention to the finding that: Once a primary care provider has identified a patient as depressed, almost 90 percent of providers recommend antidepressants.

While screening for depression has become routine, a thorough differential diagnosis has not. I have never been screened in primary care for bipolar. Have you?

No, doctors do ask a few questions to eliminate the most obvious, easiest to diagnose cases of bipolar. The efficacy of these questions is addressed by Tanvir Singh in "Misdiagnosis of Bipolar." His review of literature reports:

The National Depressive and Manic-Depressive Association found that bipolar is misdiagnosed initially 69% of the time. On average, people with bipolar remain misdiagnosed for an average of 7.5 years.

During those years, misdiagnosed with depression by both primary care providers and psychiatrists alike, people with bipolar take antidepressants.

What is the consequence? Here the Oregon Evidence-based Practice Center's report displays its primary limitation. The studies cited are short-term, as are most studies of safety and efficacy.

In the short-term, antidepressants rarely cause a "switch" to mania that would reveal an underlying bipolarity. In one study there were 1.2 reports of mania per 1000 patient-months of treatment within the first three months of treatment. 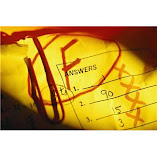 That's a lot of misdiagnosis. Connect the dots. More screening for depression means more mildly depressed people will be prescribed a medication that will do half of them harm. This harm includes mixed episodes, with their risk of suicide, and long-term destabilization into rapid cycling.

This is of particular concern for young people, whose bipolar has not yet bloomed, shall we say. Michael Berk explores this issue in Are treatment emergent suicidality and decreased response to antidepressants in younger patients due to bipolar disorder being misdiagnosed as unipolar depression? A first episode of depression at an early age is one indication that the person has or will develop bipolar disorder. Treating it as though it were unipolar depression, i.e., with antidepressants, puts that young person at risk for suicide.

Overshadowing is a troublesome phenomenon for people whose medical charts include a mental illness. One study of emergency department staff in the UK describes it in this way:

One form of systematic disparity to attract growing attention in recent years is a form of discrimination by healthcare professionals known as ‘diagnostic overshadowing’. In this context, ‘diagnostic overshadowing’ refers to the process by which a person with a mental illness receives inadequate or delayed treatment on account of the misattribution of their physical symptoms to their mental illness.

The study interviewed eighteen doctors and twenty-one nurses. Among the experiences of just thirty-nine clinicians, they recounted two deaths due to inability to conduct exams and failure to conduct a mental status exam, two deaths of persons sent home with conditions that required urgent care, and five cases in which delayed diagnosis led to irreversible, long-term damage to the patients’ health. The two most serious ones ended with the patient becoming paraplegic in one case and having some of his intestines removed in the second one.

These are extreme cases, but not rare. They are most egregious for those who have schizophrenia and symptoms that interfere with communication. But my own experience of irreversible long-term damage demonstrates that overshadowing is not limited to patients who hear voices or haven't taken a shower lately.

Diversion of time and attention

A simpler harm is that screening persons (who do not otherwise complain of depressive symptoms) and addressing the results divert time and attention from other health care issues which, unlike mild depression, may not spontaneously remit within the year.

I am a big fan of diagnosis. My own diagnosis, once I got to the correct diagnosis, directed me to a treatment plan that has vastly improved the quality of my life. If symptoms are seriously interfering with one's health and happiness, by all means, seeking help makes sense. And primary care is the first step to getting appropriate treatment.

At the same time, there are risks associated with being diagnosed with a mental illness. They include being misdiagnosed, being prescribed medication that does more harm than good, and receiving less than standard care from medical personnel.

In the case of mild depression, the risks of being diagnosed seem to outweigh the benefits. Routine screening which uncovers mild depression exposes patients to unnecessary risk. For myself, I won't be filling out these screens from my primary care provider again, unless I am in the office specifically for my mental illness.

And by the way, the health systems of the UK and Canada are no longer so gung-ho on routine screening. The United States Preventive Services Task Force should not listen to me. It should listen to them.