Weighing the Costs and Benefits Part III -- How to Measure Costs

The doctor said, You have to weigh your costs and benefits.  Today we continue to figure out how to do that, based on more than gut feeling and desperation.  We are building an algorithm, logical rules applied to objective data to solve a specific problem -- in this case, do you want to put these chemicals inside your body?

On August 19 I listed the factors to consideration, benefits, costs, and other issues that affect how these are calculated.  On September 2 I listed the immediate benefits of medication, and gave you a Down and Dirty way to calculate them.  I call it Down and Dirty, because it leaves out long term benefits.  Your psychiatrist will consider this a serious omission.  But we have to start somewhere.  And desperate people have to start with a time frame they can imagine surviving.  Think about the long term benefits once you feel better, and are thinking about quitting.

Today we turn to down and dirty costs.  This is more difficult to calculate, because the research on costs is filtered through the lens of noncompliance.

Yesterday the pharmacy attached a piece of paper to my refill.  Every single prescribing information sheet attached to any prescription I have ever received has said the exact same words.  They come in the section on side effects.  Remember that your doctor has prescribed this medication because he or she has judged that the benefit to you is greater than the risk of side effects.

Evidently the you in you have to weigh the cost and benefits refers to the doctor, not to you.  If your opinion differs from your doctor's, then you are noncompliant.

The Filter of Noncompliance Distorts Research 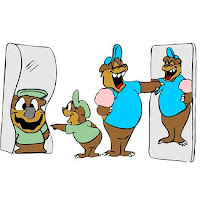 The information available about costs is filtered through this concept of noncompliance, the assumption that the doctor knows better than you.  So when they do research about costs, they are asking, Why do patients fail to comply with the doctor's more educated judgment?  The purpose of the research is to find strategies to get you to comply.

Our algorithm, on the other hand, asks a different question -- I believe a more neutral question.  How do the reasons to take the medication stack up against the reasons not to?  I do not presume an outcome, do not make any judgment, and certainly do not presume your decision.  While I am critical of the oversell, remember, I am currently conducting my own thirteenth trial!  But I have to get my information from people who have already made up their minds.

And they call themselves scientists.

Nancy Andreasen, a National Medal of Science Award winner and one of the world's leading experts on schizophrenia is studying creativity and mental illness.  Her first book on the subject is The Creating Brain: The Neuroscience of Genius.  Her initial hypothesis was that writers generally would not have mental illnesses, but that some family member would. 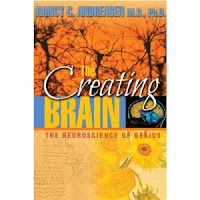 Andreasen's research proved her hypothesis wrong, at least the part about the writers themselves.  80% of writers have a mental illness, mood disorders being the most common.  This is called a robust finding, which means way more than might occur by coincidence.  And it goes some distance to explain the blogosphere, dontcha think?!  The way she puts it, when the data proves your hypothesis wrong, then you know you are on to something.  In other words, your presupposed ideas have not distorted the interpretation of your data.  This disproved hypothesis put her on a track that led to unexpected, new findings.

Nancy Andreasen is a real scientist.

If scientists started out asking Why don't patients take our good advice? and discovered, Because sometimes patients make better decisions, then they would be on to something.  They might even find a new track that would lead to new findings.

Why Use Noncompliance Rates Instead Of Research Results As A Measure of Costs?

Once you put the pill in your mouth, you are no longer playing the odds.  You are getting results.  Other people have preceded you in this chemistry experiment, first in small numbers in the clinical trials, and then in large numbers in the real world.

The clinical trials also take place under circumstances that influence the results.  Three lead to a difference between their results and the results that people in the real world experience.

First, the trial subjects (the word for people who put the chemicals inside their bodies) may be cherry-picked.  This means they are people most inclined to get good results.  Researchers try to recruit subjects who have not tried more than one antidepressant already.  Remember, half of those who are experiencing depression for the first time recover and never get it again.  People who do not recover quickly take more medications, and get worse results with each one.

In the STAR*D study, one of the selection criteria was that the subjects had not already tried any of the meds to be tested.  Those for whom the medication had already been shown ineffective were eliminated.  Which kind of stacked the deck, dontcha think?  Other scientists do.

Second, subjects receive extensive support throughout the trial.  Monitoring itself inevitably influences the results.  When depressed people get to talk about their symptoms, it reduces their isolation and eases the pain that is part of depression.  Even if those administering the medication are trained to be neutral, subjects get better, just because somebody cares enough to ask.

Your Results May Vary

First, in the real world, even if two antidepressants do not work, consumers are urged to keep trying.  And each subsequent trial reduces the odds that the next one will be effective.

Second, in the real world, consumers are not so carefully monitored.  They are handed a prescription and sent out the door.  Subsequent appointments get briefer and briefer.

Third, in the real world, consumers are less willing to consume chemicals that make them feel worse.  We have jobs, families, lives to live, as best we can.  Nausea, dizziness, blurred vision, anxiety, insomnia... these things make living our lives difficult.

Noncompliance rates over the course of a year measure results the real world.  My guess is that is where you live.

So, how many people have weighed the costs and benefits they experience inside their own test tubes, results, not odds, and run screaming from the door?  Or more likely, tiptoe out to exercise not overt, but covert noncompliance.

What Are Those Noncompliance Numbers Again?

10% of those prescribed antidepressants never show up at the pharmacy at all.

28% quit within the first month.

There are problems with these numbers for our purposes.  All the different reasons for discontinuation are lumped together.  As well, different meds have different rates of discontinuation.  For example, again with the STAR*D study, 16.3% quit Celexa in the first 60 day trial, while 45.5% quit a Lithium/Zoloft combo in the third trial.

Somebody needs to be collecting this data.  Some consumer group, looking at real world data, not the guys seeking permission to sell pills.

And Why Don't Consumers Consume?

Regarding those first 10%, we just don't know.  We can have some fun guessing.  Top ten list, that sort of thing.  But these guesses do not add to our knowledge.  This is missing data, and we will have to work around it.

Another 44% say they quit because the medication wasn't effective.

Here we run into a problem.  It takes a while for most of these meds to work.  We don't know how many who quit in the first four weeks could tolerate the medication, but did not give it an adequate trial.

Both providers and consumers have an interest in figuring out this number.  From the provider perspective, these early quitters might respond to a better sales job.  For our purposes, the early quitters fail to give us the information we seek to figure our own odds.

Our algorithm will have to assume that further research will provide the numbers.  Once somebody funds that consumer group.

44% consumers who discontinue medication before their providers would like (the research calls it prematurely) say they did so because it made them sick.  According to the clinical trials, the most common reasons are nausea, headache, drowsiness, and increased anxiety.  These side effects are more common in the 6-8 week time frame.  Eventually, consumers cite weight gain and sexual side effects as the most significant side effects.

These are the types of numbers we will crunch to create our algorithm.  Sketchy as they are, they will be used for illustration purposes, not actual calculations.

But I need another recess -- something fun next week.