I Told Them I Was Sick - DSM Revisited

Have you heard about the man whose tombstone read, "I told them I was sick"?

A New Diagnosis Or Two

So, the docs earned their big fee and the Pension Fund got its money's worth out of this three-day psychiatric evaluation.  I have a couple new diagnoses.

That is really not so remarkable.  If you attend a Peer to Peer course, NAMI's signature ten-week self-help program for loonies, you know this.  One week, the participants go round the circle and tell their diagnoses, or rather, their history of diagnoses.  Most trace a whole tour through the DSM, the Diagnostic and Statistical Manual.

Where Diagnoses Come From

The DSM originally was intended to give a common language, distinguishing one sort of loony from another, so that scientists could compare their research results and build up a common body of knowledge.  Then came insurance codes...

We are sorted by symptoms and severity: delusions, irritability, instability in relationships, difficulty concentrating, intrusive and persistent thoughts...  I am sampling here from different chapters.  Each diagnosis has its own profile of a minimum number of symptoms from a particular list, with a certain level of life dysfunction resulting from the symptoms.

There is overlap in these lists.  Irritability and insomnia, for example show up in a number of them.  Some lists define their own diagnosis (like depression) and then become subsets of another (like bipolar).  Then there are a few that include life events as criteria, like getting arrested or hit by a bus, as well as symptoms.

The system is a bit unwieldy.  Researchers never rely on somebody else's diagnosis, and often write articles about how many people are diagnosed with depression who actually have bipolar, bipolar who actually have a personality disorder.

So they keep trying to rework the DSM.  The current rewrite is a couple years off its original publication date, as scientists debate the number of angels on the head of a pin, claiming they will get better results if they distinguish between people whose hypomanic symptoms last at least four days from those whose episodes last only three, while others plead the case of those who go untreated because they don't make the cut.

Doctors mostly just want to know which diagnosis the insurance company will pay for.  They have to fudge sometimes when, whatever the label, the person in their office should not be let out on the street.

Therapists say it doesn't matter what the label is, as long as you get the right treatment.

Then there are patients, who do not have a voice in these debates.  Well, we do have our blogs.  We have discovered it does matter what the diagnosis is.  The doc may say you have bipolar, because that is the only way s/he can get you a bed.  But once tagged by the ER doc, the next doc prescribes those meds.  And if they are the wrong meds... well, you end up in a Peer to Peer course years later, telling a tale of woe that everybody in the room already knows.

Then there is that pesky issue, even if the diagnosis is correct according to the strictest application of DSM criteria, the "right" treatment might be wrong anyway.  Suddenly, once your mind has gone south, the doctors who originally prescribed the med, assuring you that they are scientists, unlike the commentators you read on message boards, turn around and remind you that medicine is an art. 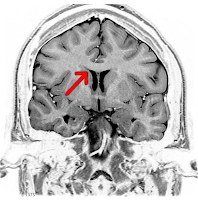 The whole thing is a peculiar way of going about it.  Everybody has figured out that mental illnesses are physical illnesses, that there are biological differences inside the brains and in the processes of the brains of those who have a mental illness and those who do not.  They have taken pictures, both brain structures (MRIs) and brain functioning (fMRIs).  They have sampled neurotransmitter and hormone levels.  They have found genetic variations.

None of this verifiable information has any place in the DSM.  None of it is used in the exam, not even if the exam goes on for three days.  They examine our heads, not our brains.  They consider their prescriptions a success when symptoms (and only certain symptoms, at that) go away, not when the dysfunctions that caused them are repaired, and not when we actually get well.

Okay, so imagine you went to your doc complaining of tightness in your chest.  Let's call this Tight Chest Syndrome.  Big Pharma has spent years developing remedies for tight chest syndrome.  Each company runs its research, comparing its remedy with the other companys' remedies and suppressing the publication of studies in which the other company came out looking better.

Great news!  Your doctor has a whole cupboard of things to try for your tight chest.  Ben Gay, antibiotics, beta-blockers, Valium -- just the beginning.  If one doesn't work, keep trying!!!

So once upon a time I met the diagnostic criteria for Major Depressive Disorder, and was given Prozac, the starter drug from the doctor's cupboard.  Prozac, like most of the antidepressants that 11 out of every 100 people in the United States are currently taking, is a stimulant.  It perks up glutamate, the neurotransmitter that tells the brain cells to go.

The go message from Prozac and every other SSRI and SNRI I took said go to my anxiety and suicidal thoughts.  Not a good idea.  The fact that they made me so much worse was part of the evidence that maybe my glutamate didn't need perking up after all.

The results of that chemistry experiment is the most common path by which a diagnosis of MDD is changed to bipolar.

So then I started taking a med to increase my GABA, the neurotransmitter that tells the brain to slow.  And that does help with the anxiety, though it has its own drawbacks, chief among them that it doesn't cut the depression and could become addictive, a new problem I don't need.

So which is it?  Too much glutamate/not enough GABA, or the other way round? 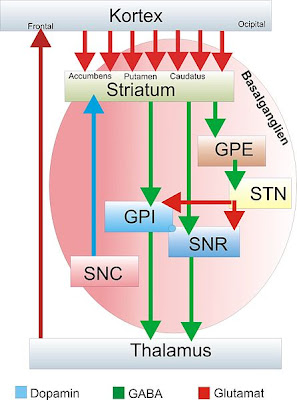 They spent a whole lot of money on research in heart disease, found biological markers, and use them to make a better diagnosis.  Like, your doctor checks whether your cholesterol or blood pressure are out of whack, if things are firing as they are supposed to, if your arteries are blocked.  They listen to your chest to find out if maybe your tight chest is from pneumonia.  They ask if you just joined a gym and overdid the bench presses.

Then they prescribe meds on the basis of measurable results.  As a consequence, the death rate from heart disease is dropping.

Over in psych, we are still guessing.  These people in Houston question the bipolar diagnosis, went back to MDD.  But at least they paid attention to what happens when I take the meds for MDD, so did not recommend I try the newest one out.

Wouldn't it be nice to take a test before taking a pill that could kill me?

Patrick Kennedy is putting his name behind the Moonshot to the Mind, an effort to generate that will and to replicate the successes we have achieved in curing heart disease and cancer.  We'll see.

The Power Of Story

I plan to tell a different story about mental illness, mine and yours.  It is the power of story.  This critique of the DSM continues next week through the lens of story.


Photo of Bible be Walter J. Pilsak, permission  to copy under the terms of the GNU Free Documentation License
MRI of corpus callosum by Frank Gaillard and shared under the Creative Commons Attribution-Share Alike 3.0 Unported license
schemata of GABA/glutamate/dopamine transmission in public domain
flair by facebook.com
at November 10, 2011