Narrative and the DSM

My therapist once picked up the DSM and said, This could be called The Book of Behaviors That Make Therapists Nervous.

It's just that at some point, when these descriptors add up, somebody starts to get nervous.

Diagnosis -- Recognizing Deviation From The Norm

Well, our brains are wired that way, to recognize patterns and deviations from what we expected, and to discern the potential consequences of the deviations.  If the deviations are sufficiently nervous-making (and are not caused by organic disease), then we have what is called a mental illness.

That is diagnosis.  That is how the Diagnostic and Statistical Manual, DSM works.

At that point, evidence-based medicine steps up to the plate.  What are the medications and other interventions that have demonstrated the potential to reduce these descriptors to levels that are not so nervous making?

Inevitably, certain symptoms get more attention than others.  Psychiatrists are not concerned when patients sleep too much, do an astounding amount of work in three days or die twenty-five years before our natural lifespan due to complications of obesity, as long as we don't have hallucinations or delusions or try to end our misery by self-harm.

It's all about the descriptors, and how nervous they make people.

I think the real reason the DSM V is years behind its publication schedule is that it just doesn't make sense anymore.  Two glaring flaws come to mind. 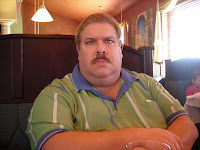 First, the people it purports to describe are dissatisfied with the treatments that it supports.  Well, it's not that anybody actually consults us.  They call us consumers.  But the focus groups and satisfaction surveys are conspicuously absent.  When we vote with our feet (become non-compliant), they simply diagnose that, as well.

Second, and more telling, Nature has not read the DSM.  -- That is the epigram of the Wasn't-that-book-supposed-to-publish-last-year? season.  In other words, there is not good correspondence between the sorting the DSM does by symptom and the sorting that researchers are more and more able to do by brain dysfunction.  A disregulated HPA Axis can manifest the symptoms of Major Depression in one person and PTSD in another.  The same gene configuration manifests as schizophrenia in one and OCD in another.

It's like, the DSM tells you what color the car is and how many cup holders it has.  Big Pharma has made a lot of money tinkering with the placement of the cup holders.  Meanwhile, what patients want to know and what scientists actually are working on nowadays is, what's under the hood?  [John McManamy gets credit for the metaphor and his persistent question.]

What To Do With The DSM?

Meanwhile, there is another strand running through these journals and debates.  Trauma-informed care is shifting the nature of the conversation.

The Substance Abuse and Mental Health Services Administration (SAMHSA), among others, sponsored a report on trauma informed behavioral health systems by Ann Jennings.  The following summarizes the basic principles:

The new system will be characterized by safety from physical harm and re-traumatization; an understanding of clients and their symptoms in the context of their life experiences and history, cultures, and their society; open and genuine collaboration between provider and consumer at all phases of the service delivery; an emphasis on skill building and acquisition rather than symptom management; an understanding of symptoms as attempts to cope; a view of trauma as a defining and organizing experience that forms the core of an individual’s identity rather than a single discrete event; and by a focus on what has happened to the person rather than what is wrong with the person (Saakvitne, 2000; Harris & Fallot, 2001). Without such a shift in the culture of an organization or service system, even the most “evidence-based” treatment approaches may be compromised.

What Happened To This Person?

If any consensus about mental illness exists among scientists, it is that it results from interplay of genetics and experience.  Genes provide the backdrop of strengths and vulnerabilities.  The brain itself is plastic -- it wires itself in response to what happens to it.  Sometimes the same gene provides both strengths and vulnerabilities -- See a recent post from John McManamy at Knowledge Is Necessity. 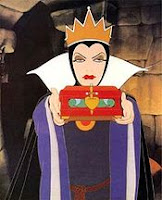 Meanwhile there is growing awareness that the vast majority of people with mental illness have experienced trauma of one sort or another (or many).  Well, maybe the vast majority of all of us has.  But those with mental illness have genetic predispositions to problems processing the trauma.  Then the brain rewires itself in response to the trauma.  And there you have the root of the problem.

The DSM does not address the root of the problem.  It asks, What is wrong with this person?  Yet even beneath its endless lists, there lurks another issue.  You could call it the counter narrative.  Or simply, the narrative.  What happened to this person?

Let's imagine the DSM as a book of short stories, and ooh, ooh, give the stories some alternative titles.

Hotel Rwanda: The first, least fun and most obvious example-- a diagnosis of PTSD has behind it a traumatic event.  The sufferer nearly died or watched somebody die or nearly die.

Ferris Bueller's Month Off:  Moving on to mood disorders.  You sold your house and went out to save the world -- the story behind Bipolar I.  You stopped sleeping, ignored your grandmother you hadn't seen in seven years, never went to the beach, and instead wrote a book during your tropical vacation.  But (very important for differential diagnosis) you didn't get arrested! -- Bipolar II.

Alexander and the Terrible, Horrible, No Good, Very Bad Day:  So what about Major Depression?  Here a story can even negate the diagnosis.  Sure, you haven't eaten or slept in a couple weeks, you have lost all will to live, you can't make decisions and feel hopeless.  On the other hand, your spouse was inside the house when the tornado blew it away.  That's not MDD.

Here is my favorite.  The aforementioned therapist said the chapter on personality disorders could be used for examination of conscience.  (She can speak fluent Catholic and knows I can, too.)  But I like the title Why Your Wife Divorced You, Your Boss Fired You, And Your Therapist Doesn't Much Like You Either.  See, if your therapist says you believe you are "special" - quotes added by the therapist - require excessive admiration, have a sense of entitlement, lack empathy, and take advantage of people, then you know there is a story, probably several, behind that little list of "symptoms."  Or in Catholic-speak, sins.  (The stories about people with that particular list of symptoms usually are told in third person, by the ex-wife to her therapist.)

Any readers have other chapter titles to suggest?

Listen To The Story To Get The Diagnosis Right

Remember, I have two new diagnoses?  When I originally complained of the symptoms of PTSD, my own psychiatrist asked me the cause.  What do I know about cause?  I told her the story that triggered the symptoms.  And frankly, that story just didn't measure up to the diagnosis.  So she called it Anxiety NOS (not otherwise specified.)

But the Gabbard Center asked me straight out about traumas in my life.  I have a list.  Boy, do I have a list.  They heard the triggers in the context of the original events that wired the brain.  So they say I have PTSD.

On the other hand, they were so determined to hear this trauma story nobody else had been hearing that they didn't have time for the rest of the story.  They didn't hear the bit about the book, or the seasons I would spend building a dozen gingerbread houses in two weeks, each unique in materials and design, or the paint job I did on our rental house that I still say was not excessive, though my friends and family insist it was and were quite worried about my behavior...  So the Gabbard Center says I have MDD, not Bipolar II after all.

Listen To The Story Because The Listening Itself Is Healing

Psychotherapy works because the brain is plastic.  When the long term memory moves into short term, has value (the experience of somebody listening to it) added, and returns to long term memory, its meaning is transformed.  The wiring changes.  Maybe a little, maybe a lot.  It takes longer to work than a pill.  But it lasts longer, too.

The Rest Of The Story

Prozac Monologues is all over the power of language.  There is power in these labels given us by the DSM.  The person who suffers is affirmed when the suffering is recognized.  It's real; it's not just in my head.  The family's anxiety is reduced once the pattern is recognized and named.  They knew something was wrong.  The therapist's anxiety is reduced, as well.  S/he is empowered, knows what to do.

It's just not enough.

Peer to Peer devotes two of its ten weeks to the DSM.  Often participants don't know why they were given the particular label they have.  Often the opening of this magic book gives us power, too, to name ourselves.

And then we spend the other eight weeks deconstructing the labels.  Because whatever our diagnoses, we discover that we travel similar paths.  Not identical, but similar.  The labels help us find each other.  When we get to the specifics behind the labels, then we begin to help each other.

The DSM As Literature

What if we thought about diagnoses as genres in literature, rather than scientific categories?  What if we used it to describe the arc of the story, to guide the way forward?

Yes, but I have been here before.  I know the way out.

See, it's all about what happens next.