Do you take antidepressants for depression and you are not getting better?  Do they make you agitated, anxious, insomniac?  Have you heard it often takes a while to find the right med, so you keep trying, you brave little soldier, you?

My friend, today you tapped your ruby slippers together, and Google brought you here.  Maybe not to your home, but to mine.  What follows is the back story to Prozac Monologues.  But first things first:

Stop.  Stop trying.  Go no further until you have taken the MDQ, Mood Disorder Questionnaire, right here at this link, and have asked a friend or housemate who knows you really well and loves you enough to tell the truth to fill it out for you, as well.


Five minutes, that's all it takes.  If you test positive, there's a 70% chance you have bipolar of some stripe, and there is no clinical evidence that antidepressants will make you better, and plenty of evidence they will make you worse.  If you test negative, there is a 90% chance you do NOT have bipolar, and can get back to the Chemistry Experiment with a little more confidence that you are not harming yourself, much.

After you do that, then read on.

Eight years ago this month, I started taking Prozac for Major Depressive Disorder.

Regular readers might expect me to note this anniversary with ambiguity.  Ambiguity would be my wife's word for her feelings about the person who prescribed it, the Physician's Assistant who took care of us for decades.

I don't hold the PA responsible.  Well, there was that appointment when it occurred to me to stick my nail file into her neck.  But that was the Prozac talking.  Too bad I didn't know the language yet, or I might have quit the med at ten weeks instead of twelve.  I just thought it meant I needed to increase my dose.  Which I did.  At which point, things got worse.  So bad, I knew I would have to become a comedian. 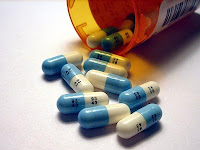 Well, it was simply inevitable that any patient who presented with depressive symptoms in 2004, maybe any psychiatric symptoms short of psychosis, would walk out of the doctor's office with a scrip for Prozac.  Today, I expect it would be the same, only now the generic fluoxitine.  Prozac is still the first station on the medication train.

In Defense of Family Practitioners

I have spent the eight years since, trying to figure out what the hell happened.  Psychiatrists are fairly universal in the opinion that the problem was I went to my family practitioner, instead of one of them.  The charge goes that family practitioners are less experienced at making psychiatric diagnoses and more vulnerable to pharmaceutical sales pitches.  So, the thinking goes, I was misdiagnosed and sloppily medicated, because I saw a family practitioner.

Let me set the record straight, on behalf of the person into whose neck I once considered sticking my nail file.  (But that was the Prozac talking.  I really do like and admire this woman.)

Before prescribing Prozac, my family practitioner spent a lot of time urging me to exercise, use good sleep hygiene and go see a therapist already, for God's sake.  Over months she tried to get me to do these things I was too tired and too scared to do.  She went to Prozac only after George W. was reelected, when it was time for desperate measures.  I'll bet she wrote a lot of scrips that month.  After Prozac and the next SSRI didn't work out so well, she turned me over to the pros who are supposed to know about these things better than she.

Four more antidepressants (now up to six trials) and I became more agitated and suicidal with each one. 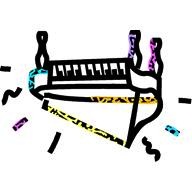 The seventh new idea, from a psychiatrist with a PhD in pharmacology from Yale to boot, was Zoloft.  Maybe that was inevitable, too.  She kept the latest samples in a cabinet right beside her desk.  If hitting me with a hammer didn't cure my headache, and neither did the sledge hammer, maybe dropping a piano might work.

That sledge hammer nearly killed me, but it did knock this much sense into me.  I quit.  I quit the Chemistry Experiment.  I quit trying.

Over the course of eight years, three psychologists and six psychiatrists confirmed my PA's initial diagnosis of Major Depressive Disorder.  Three of those psychiatrists, tops in their field, did a several thousand dollar three-day psych evaluation and still persisted in the MDD diagnosis after reading my chart, which by then did document the bipolar diagnosis.  Evidently, you just can't call bipolar II unless you see it, and hypomania is a sneaky bastard that never ever shows up in a psychiatrist's office, and depression wipes the memory card, so you can't report it, though why would you tell the psychiatrist that once upon a time you actually felt good.

None of them, not one of any of them ever gave me the Mood Disorder Questionnaire.

This is how come people with bipolar II go years with the wrong diagnosis and the wrong treatment that makes us worse.  Psychiatrists' claims of superior diagnostic skills are not borne out by my experience.

For the record, the person who first made the diagnosis was my seatmate in an airplane.  He was -- get this -- a family practitioner, albeit a family practitioner who worked in a dual diagnosis program on a psych ward.  He couldn't diagnose me while sitting next to me in an airplane, he said.  But he recommended that I go home and google MDQ.  Evidently, hypomania does show up on airplanes.  Come to think of it, that's where I was when I started writing the original Prozac Monologues...  But that is another story.

Also for the record, this whole section is not to bash psychiatrists, but rather to debunk the claim that my problem (your problem?) was my family practitioner.  And I did eventually find a psychiatrist who listened to me, who worked with me, who respected me.  Who was out of network...  But that also is another story.

The Mood Disorder Questionnaire told the tale.  It wasn't a tale I wanted to hear.  So I took it again.  And again.  And decided to keep it to myself. 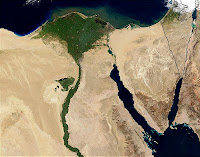 Okay, eventually that wasn't a winning strategy.  So I talked with my third psychiatrist, the out-of-network one about bipolar II.  She was dubious until I brought my wife to another appointment to tell the stories my psychiatrist finally understood.  And surprised me, as well.  I realized I was sick, but didn't know I was that sick.  Which is why the loved one has to take the MDQ for you, too.

It turns out there aren't so many meds for bipolar II.  So that Chemistry Experiment was shorter than the first.  But there are lots of strategies that help manage the condition.  I write about them all the time.

The trick is to become an expert patient, to learn their language, so you get the right diagnosis.  Then do your own research, and weigh the costs and benefits that they don't tell you about.  Time and again it is demonstrated that antidepressants do not help people with bipolar of any sort, I, II or NOS.  (NOS means they know it now they see it, but can't quite nail it to the DSM IV-TR wall.)  If they are helping you, it's probably the placebo effect.  So tell me I'm an idiot and keep taking them.  Because I want you to be well a whole hell of a lot more than I want you to think I'm smart.

But if you have been running through the whole assortment of antidepressants, and you aren't better -- if in fact, you are climbing the walls, snapping at your loved ones, sharpening the knives and generally going crazy, then put down the knives and do something else.  Consider the possibility that you shouldn't be taking antidepressants.

Take this test.  Get over not wanting to believe the results.  Get over it.

Get onto recovery.  If you stop taking the wrong meds and start working on the skills you need to manage your illness, that will make the last eight years of my life worth something.


flair from facebook.com
photo of Prozac by Tom Varco, used under the Creative Commons license
drawing of piano from microsoft.com
photo of the Nile River by NASA and in the public domain
at November 29, 2012