Homicide and Firearms - Some Facts 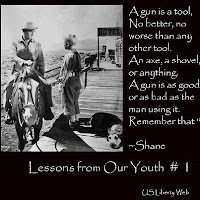 While I was researching this post, a Facebook friend posted this  picture.  I commented, giving information I discovered and found surprising.  The stats are below, under domestic violence.  A friend of my friend then commented, Dearest Willa......useless, worthless statistics.  Lies, damn lies and statistics.  Go back to class and learn forgiveness, and while you're at it....drop dead!

Well.  That was disturbing.  To my knowledge, I do not know the person who called me Dearest Willa, said I need to learn forgiveness, and then told me to drop dead.  It occurs to me that facts have power, if they evoked this response.

My facts come from the Centers for Disease Control, Bureau of Justice and Federal Bureau of Investigation, from reports and data bases that count people who died and how they died.  That is all these sources did -- they counted.  They made no policy recommendations.

I make no policy recommendations in this series, either.  I am reporting their numbers.  I do hope they are not useless numbers.  I offer them to you to help you weigh the costs and benefits of gun ownership.


Now, back to where this post used to begin...

This series about firearms was inspired by the Sandy Hook shooting.  Of course it was.  Twenty-seven people were murdered there in December, 2012, including twenty children, and one person lost his life to suicide.  In one more national paroxysm of grief, anger, fear, rhetoric and division, there is one thing we have in common.  We don't want our children slaughtered in their schools.

After that, we have a lot of different ideas.

I decided to approach the issue with curiosity.  I sat down, wrote a list of questions, then went off to the internet in search of facts.  Some of these facts led to more questions, more research, more facts.  Here then are some facts.

Back to Sandy Hook.

How Many People Die by Mass Murder?

Mass murder is common enough in the US that there is an official definition, to make studying mass murder more rigorous.  If four or more people are killed, not counting the killer, that is mass murder.

It happens a lot.  If we had to wait until the end of a period of mourning to discuss firearms in the US, we would never catch long enough a break.  So we are having this discussion while the carnage continues.

USA Today looked up the FBI statistics on this and reported, mass murder happens every other week.  The thing is, so many people get murdered every day, mass murder is dwarfed by domestic assault, crime of passion, murder in the commission of a crime, and so on. 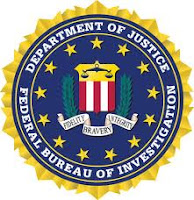 Now, not all these died by firearms.  Firearms were used in 107 out of 156 incidents, most often (68 times) handguns.  The weapons used in the remaining 49 incidents included fire, knives, blunt objects, and miscellaneous others.

I do not have the stats for what portion of the death toll was from firearms, just the total, 774 over five years.  It stands to reason that killers armed with a gun can kill more people more quickly than those armed with a baseball bat.  Perhaps we will develop another term for the mall and school shootings, and start recording these statistics separately from the man in my hometown who killed his wife, children and himself.  The public killings would be less than 1%.  Their rarity does not make them less horrific.

But what about the other 71,171 people who were murdered in the US between 2006 and 2010?  The news outlets do not linger over these lives lost.  Let's look anyway.

How Many People Are Killed in Domestic Disputes?

Oh, now that is a bigger number. 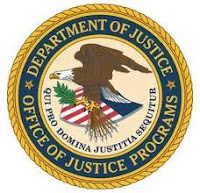 The Bureau of Justice published Family Violence Statistics in June 2005.  It reports that 22.9% of murders in 2002 were committed by a family member, over 4000 of that year's 17,638 homicides.  9% of the people murdered in 2002 were spouses of their murderer, intimate homicide.  6% of the victims were murdered by their parents.  Half of family murders were committed with a firearm.

Firearms are used in about 2/3rds of intimate partner homicides.  When the assailant uses a firearm, the victim is 12 times more likely to die than if another weapon or type of attack were used.  -- That is called lethality.  Guns are more effective in causing death than other means.  If a gun is not at hand at the time of the assault, the victim's chances of survival are improved, by a factor of 12.

By the way, in 38% of homicides involving intimate partners, somebody else got killed, as well.

Who Shoots a Family Member?

First and foremost, somebody who has a gun.

Relation of Gun Ownership and Homicide

Back to Intimate Homicide -- The Role of Alcohol and Drugs

Remember, 22.9% of all murders in the US are committed by a family members.  When victims of nonfatal domestic attacks were asked whether their attacker was under the influence of alcohol or drugs, about 19% did not know.  47% who did know said yes.  The rate of intoxication is higher for family assault than for friend or stranger assault, and highest when the victim is a boyfriend or girlfriend.

There will be some discussion of impulsivity in suicide in this series' next post.  An unanswered question here is how many  homicides are impulsive, not premeditated.  That data would be difficult to determine with accuracy, since it would come from the courtroom and plea bargains.

One last set of facts:

How Many Murders are Committed by Mentally Ill People?

Trying to find answers to these questions is cracking my brain.  This is where we exit the realm of counting and enter the realm of research.

About one in every five people across a lifetime will experience a mental illness.  That figure is obtained by sampling.  There has been no attempt actually to keep track of us all.  We immediately hit the methodologically impenetrable wall of diagnosis.

Casting about for some objective measure to define seriously mentally ill, the research looks at people who commit violent crime who have been hospitalized for mental illness.

Statistics do sometimes mislead, and this might be one of those cases.  There is a shortage of hospital beds on psych wards across the country, with variation according to locale.  In many places you can get a bed only if you are more psychotic than the person they will have to discharge so they can admit you.  But once in while, if the moon is not full, you can get in merely by being a danger to yourself.

But there are problems of confounding factors in establishing the link to violence.  A higher proportion of people who are mentally ill live in crime-ridden neighborhoods or even on the street.  They are more likely to be poor, unemployed, have substance abuse issues, a whole panoply of co-occurring conditions that are themselves risk factors for violent crime.

If you take away substance abuse, seriously mentally ill people are no more likely to commit violent crime than other people who live in their same neighborhoods.  The presence of delusions does not increase risk of committing violent crime, even delusions that others are trying to harm them or control them.

In fact, people with schizophrenia have the lowest rates of violence.

On the other hand, substance abuse, with or without a co-occurring mental illness is an overwhelming risk factor for violence.

A report prepared for the National Center for Alcohol Law Enforcement lists several studies that document the relationship between alcohol and violent crime.  In part:

**It is estimated that 32 to 50% of homicides are preceded by alcohol consumption by the perpetrator.

**Between 31 and 36% of prisoners convicted of a violent crime against an intimate reported that they were drinking alcohol at the time of the offense.  These figures rise to approximately 50% when reports from those who were consuming both alcohol and drugs are considered.

Finally, the combination of substance abuse and mental illness raises the risk of violence.  People with schizophrenia have rates of substance abuse four times (47%) that of the general population.  People with bipolar have five times (61%) the general rate.  As a consequence, the number I found repeated most often, though it didn't rise to my desired level of confidence, was 5% of violent crime committed by that 1.5% of people who are seriously mentally ill.

So that's it.  That's what I've got.  Well, I have lots more, but I weeded out sources that are advocacy groups of whatever stripe, including the New York Times quoting doctors who have their books to sell.


Were you surprised, too?

Next time I turn to the biggest portion of death by firearms -- suicide.
at January 25, 2013