How Many Killed Since Newtown?

Technical difficulties have delayed my research on homicide and firearms.  I can't figure out how to make the story not tedious.  So I will skip it.  Maybe next week...

Until then, here is a resource to keep you up to date.  Slate Magazine and the Twitter feed @GunDeaths are crowd sourcing data to answer the question:

How Many People Have Been Killed by Guns Since Newtown?

The answer is not easy to find.  Coroners do not publish this information in real time.  Perhaps you noticed that my statistics last week were from 2009 and 2010.  The tally is collected only at the end of the year, and it is not official for some months after.  Suicides, in particular, are underreported, even in official statistics.  They get caught up in investigations that take months beyond the reporting date.  Eventually the numbers for 2011 will be corrected, when these investigations are completed.  Meanwhile, the smaller number has been published in places that will not be corrected and will nonetheless be repeated (including Prozac Monologues, if I try to publish the most current sources.) 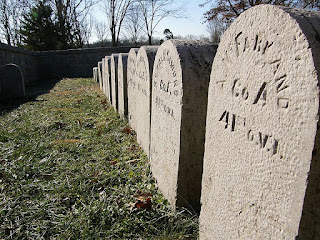 So somebody in Aurora, Colorado started counting on his own, as best he could, after the shooting in a movie theater last summer.  Slate Magazine is now helping him.  At this site you will find a graphic, with an icon for each man, woman, teen and child, each day, December 14 to the present.  As I write this, they are up to January 15, one month later, 917 more people dead.  Note: As I continue to write on January 17, the death toll is 1013.  Next note: It's a day later and 1019.

The Names of the People Who Have Died

I find the graphic both chilling and moving, with its little icons.  If you click on one of them, you will find the name and age of the victim and the place where he/she died.  Eric Ramsey, Gaylord, MI, age 30; Edith Renner, Sandy Springs, GA, age 89...  These 917, 1013, 1019 people have names.  They have home towns.  They have birthdays they will not celebrate this year.

It is likely that more than 1019 people have died by firearms since December 14.  The list is crowd sourced -- which means that anybody and everybody can help create the data base.  Should somebody in your community be accounted for here?  Check whether that person has been included by clicking on the icons under the date of death.  If she/he is missing, you can tweet @GunDeaths with the details, or email slatedata@gmail.com.

It is something we can do, while the debates rage on.  We can name the names.

We have a constitutional right to own guns.  We do not have a legal obligation to do so.  At the end of the day, each of us decides.

Prozac Monologues wants to help you weigh your costs and benefits.  I hope you do.


Photo of Cemetery at Stones River Battlefield by Caroline, used under the Creative Commons license
photo of scales from Deutsche Fotothek of the Saxon State Library
at January 18, 2013