A few weeks ago I published a video interview with Kayla Harrison, USA's first gold medalist in judo.  The story was dated before her win, and showed her determination: if not London, then Rio...  (The source is the Boston Globe.  Kayla didn't make NBC's radar screen until after she won.)

Lots of shots in the gym.  A young lady you wouldn't want to mess with.

Except, her former judo coach did, starting when she was twelve years old and for three years. 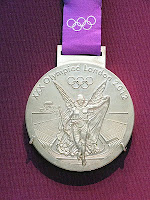 Today, her former coach is in jail, and she has her gold.

Well, of course we love this story.  It follows the USA's favorite narrative arc: misery, struggle, justice, triumph.  We will listen to this story, read this book, watch this movie every night of the week.

Some of us will ponder it a little longer than others.  I expect Kayla is one.

Get Over It, Already

Kayla recognizes the irony.  She calls it bittersweet.  Judo was the context in which she was abused.  Judo became a major tool of her recovery.

Her description of that irony follows what we know about PTSD.  Two people can go through the same trauma and have totally different outcomes.  There are a number of factors.  One is a sense of helplessness vs. mastery.  Consider the burning building.  If you are trapped, but you believe you can do something about your situation -- say, you are a firefighter -- you are less likely to develop PTSD when you come out of that building than if you are the person who had to wait for the fireman to come to your rescue.

So martial arts became a tool for recovery for Kayla Harrison.  Like I said, a young lady you wouldn't want to mess with.

The flip side of that medal is the nightmare of everybody who has ever been traumatized and acknowledged ongoing difficulties.  If she can do it, why can't you?  Or, What she went through was worse than what you did.  So what's wrong with you?  Or, When are you going to get on with your life?

The worst part of this nightmare is, we ask ourselves these same questions.  Most people I know who have some serious mental illness wake up in the morning from time to time and say, This is nonsense.  This illness isn't real.  I just need to get over it, get on with my life.

Why can't I get over it?

My mother used to ask me this, over and over, Is it genetics or environment?  It was a loaded question.  I answered it the same way every time she asked.  It was years, in the last months when she was getting ready to go, before she had the courage to say what she really wanted to know, Could I have done something differently?

Here is the answer.  It seems to apply to every serious mental illness, PTSD, but also schizophrenia, bipolar, borderline, whatever.

Take away any one of these factors, and your risk drops.  Put all three together, you've got a problem.

If It's Real, Show Me The Evidence 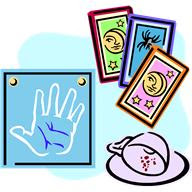 Back in March, 2010, I wrote about the physical changes in the brain that result from trauma and cause the symptoms of PTSD.  These physical brain changes are the evidence.  Someday they will use these biomarkers instead of the DSM's tea leaves to diagnose mental illness, just as they use cholesterol and blood pressure tests to diagnose heart disease, and treat it before it lays us low.  Someday.

For now we wake up in the morning and say, This is nonsense.  This illness isn't real.  I just need to get over it, get on with my life.

Kayla Harrison Got On With Her Life

Which raises another question.  Does her new fiance, winning, as she put it, a buttload of tournaments, and now her gold medal, mean that she does not have a mental illness?  That she has recovered?  Or that she is in recovery?

Well, gee.  I don't know.  I am not her doctor and I have not watched or read all the stories that came out after her victory.  Maybe she has said more.

First, she called herself a car wreck at age sixteen, said that her new coach and the new training center where her mother sent her as soon as she heard of the abuse, literally saved her life.

Second, it takes more than time.  Kayla's story follows another narrative arc, the arc of recovery.

The Narrative of Recovery

Remember that answer to my mother's question?

We don't know Kayla's DNA profile.  We do know the trigger was serious and ongoing, the most damaging kind.  But the response was as good as a response could get.  Her mother jumped on it.  No questions, no second guessing.  The jerk went to jail, and Kayla went where she could pursue her dream.

Then she followed the recovery stages.  Self-care, vigorous exercise, she told her story, it was heard, she was respected.  She set goals, those closest to her supported her pursuit, she claimed her place in the world of sport.

Right now I am working on a power point presentation for Mental Illness Awareness Week for NAMI Johnson County.  Recovery: Rewiring the Brain compares the medical model of the recovery process for mental illness to NAMI's recovery model, taken from the Peer to Peer class.  The presentation will feed into the Prozac Monologues for a while.  So, there is more about this stages of recovery thing to come.

Seventeen Keys to Recovery August 30, 2012 -- Guest blogger Margalea Warner describes her journey in recovery in schizophrenia.
Recovery - The Medical Model September 7, 2012 -- Introduces the doctor's agenda, covers the first half of the story.
Recovery - The Medical Model Continued September 14, 2012 -- It was a great idea.  If only it worked.
Recovery Redefined September 21, 2012 -- People with a mental illness have our own definition of recovery.
Recovery - From What? October 1, 2012 -- You have to know where you are going if you want to get there.
Stages of Recovery - AKA Hope October 5, 2012 -- We recover in stages, and need different tools for each stage.
Neuroscience of Meaningful Work October 10, 2012 -- Oh goodie!  Here come the dendrites!
Hope for a Cure? Or Not? October 18, 2012 -- We finish the series with questions left unanswered, like, What is a cure worth?