The Positive Power of Being Strange 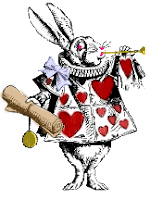 It's just too easy [in Iowa] to avoid the weirdos in our life.

First, the TED talk from one of those people who, whenever they have something to say, you want to pay attention to it.  I am pleased to call Mike Wagner a friend, so I get regular doses.  Here he doesn't use the language, but he's talking about the power of my favorite brain part, the anterior cingulate cortex.

Mike's shingle hangs at White Rabbit Group.  The name itself tells you something.  He calls it a brand altering experience.


Next, the Prozac Monologues take on the matter, a rerun from September 23, 2011

It's like he is in a world of his own.  The first grade teacher, old school, same worksheets for the last thirty years, did not mean it as a complement.


The mom was confused.  She asked her son's Montessori preschool teachers for their take on it.  They, too were confused.  Then the light dawned.  The way they put it was, He has immense powers of concentration.  They thought he was marvelous.

The problem was, he was still absorbed by the story he was writing, when the first grade teacher had moved on from writing to math.  The world he was in was not her world.


His second grade teacher recommended him for the Talented and Gifted program.

His fifth grade teacher thought he had ADHD.

People who are different get diagnosed.  The Diagnostic and Statistical Manual (DSM) is all about describing the various ways we don't fit.  But if you can pass for normal, you don't have a disability.  If they can pick you out in that One of These Things is Not Like the Others game, then you do.

To bottom line it, normal means that a person can function successfully in the normal world.

So the young man I have described does not have autism, though the first grade teacher's comments were spun in the direction of cognitive difficulties.  Nor does he have ADHD.  Today he is writing his PhD dissertation on the ethics of Nietzsche at a university with a highly ranked philosophy department.  He gets paid to do what he loves, teaching young people to think.  And he has health insurance.

But I was reminded of him when I read Top Ten Terrific Traits of Autistic People by Lisa Jo Rudy.  Rudy writes,

If you're sick of hearing about all the "deficits" challenging people on the autism spectrum, join the club. But for every down side to autism, there seems to be a positive -- an unusual trait that rarely appears among the "typical" community, but shines out among autistic folk. These pluses are well worth celebrating.

Here is a summary of her ten points.  You can read her expansion at the link.
I have a friend with Asperger's, on the autism spectrum.  And this is indeed a list of things that she has brought into my life.

Of course, some of these traits are immense disabilities.  I watched her get ground up in an organziational meat grinder, because she couldn't manage the head games.

The thing is, an organization that runs on head games eventually becomes a Ponzi scheme, a house of cards built by selling a product, service or idea which has no solid foundation in objective fact or even metaphysical reality to people who sell to more people who sell to more people, until the people at the top bail out on their golden parachutes when the house collapses, and every other poor sucker with it.

Whether we are talking about financial institutions, government, churches, psychiatry, just about any institution you can name, the United States of America has a serious case of Ponzi scheme.

I won't bother to document that last statement.  If you think any of the above are innocent of the charge, then howl away.  But here are a couple links on psychiatry, more directly the topic of this blog.  John McManamy's latest post at his blog, Knowledge is Necessity refers to John Gartner's, Has Psychiatry Been Corrupted Beyond Repair?  It really does seem that psychiatrists actually believe what Big Pharma paid them to believe.

Ironically, Gartner writes for Psychology Today.  Just last week I was ragging about another Psychology Today article on anti-psychotics.  (You didn't miss the rag.  It was a Facebook comment.)  The article was accurate, but missing the basic and very simple information that would have made it a useful contribution to people attempting to weigh their risks and benefits, instead of what it was, a sensationalist headline grab that would discredit any patient who brought it into a doctor's office -- thereby contributing to the mass of flotsam and jetsam that passes for information in the information age, overwhelms our poor pitiful processing units, and making us vulnerable to the loudest, sexiest, next Ponzi scheme come down the pike.

What to do? Take a deep breath.  Find a friend with Asperger's.  Learn to accommodate the challenges of communicating with a person whose brain is wired differently from yours, so you can benefit from what that person can figure out which is beyond your poor pitiful processing unit.

Having done that, it would only be fair to stand with that person when the shit hits the fan, i.e., when your friend is rejected because you encouraged him/her to share the brilliance of his/her difference, thus outing him/herself as diagnosable.

Oh, well.  Maybe next I'll get around to writing the column in which I serve up us bipolars as the season's sacrificial lambs.  Or maybe not.  People with bipolar are good enough at throwing ourselves into the flames as it is.

drawing of White Rabbit by John Tenniel, in public domain
photo of student taking test by Patrick Hannnigan and used under the Creative Commons Attribution-Share Alike 2.5 Generic license
flair by facebook
photo of house of cards by Lost and used under the terms of the GNU Free Documentation License
at August 16, 2012